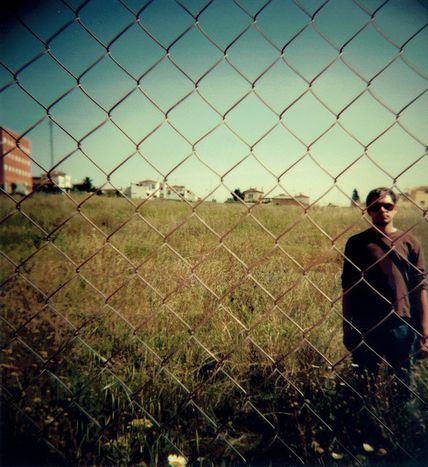 A conflict over border controls in the Schengen area has broken out in the run-up to today's meeting of EU interior ministers. Denmark passed new controls on 11 May for fear of illegal immigrants from eastern Europe, while France and Italy are apprehensive about migrants from North Africa. The press defends freedom of movement and warns against short-sighted parochialism

Denmark plans to reintroduce controls on its borders with Germany and Sweden despite the Schengenagreement. There are plenty of supporters of the European idea living in Denmark, notes the German left-liberal daily, but they're just too cowardly: 'The people's party has shown how easily European values like freedom of movement can be abused for the sake of squabbles in internal politics. The liberal-conservative government was only too willing to concede the populists' PR success at Europe's expense - in a bid to make them amenable to the pension reform. Not even the opposition opposed the controls - probably because it didn't want to trigger an inconvenient debate. Yet most of Denmark's parties are pro-European and it would never have occurred to them to challenge freedom of movement. But they're not willing to defend these achievements either. The EU's problem is not opponents like the people's party but the fact that its friends are so spineless' (Gunnar Herrmann, read the article)

'Nothing new or radical' - Postimee, Estonia

The Estonian daily criticises the new border controls in Europe and the trend to provincialism: 'That an increasing number of Europeans are sealing themselves off is more than just a simple reaction to culturally rooted conflicts or growing xenophobia. Schengen's opponents don't give a hoot about cultural or political peculiarities, they just want to make our expanding world smaller, more sealed off and supposedly safer. In Finland the true Finns are considered radical innovators in the sense that they are using their new-found strength to toss a wrench in the works of the politics of consensus. But in fact their policies have nothing new or radical about them; on the contrary: they're imbued with a longing for the past and old-fashioned parochialism, which is supposed to protect Finland not only from Europe and the globalised economy, but also from decadent art, Babylonian Babylonian confusion of languages and complex words' (Iivi Masso, read the article)

'Preservation of rights we struggled hard to attain' - Libération, France

France is already carrying out controls on its border with Italy to prevent large numbers of North African refugees from crossing into the country. Such controls must remain an exception in the Schengen area, writes EU justice commissioner Viviane Reding in the French left-liberal daily: 'We must prevent governments from attempting to set up the conditions for reinstating border controls. Such a move would affect all of us and so must be approved by the institutions of the European union. What is at stake here is the respect for the regulations of the European union and the preservation of the rights that we have struggled hard to attain. To this effect the European commission recently proposed that the entire rules of the Schengen agreement be strengthened and that the biggest achievement of the EU be protected, namely the freedom of movement. After two devastating world wars, it took decades to abolish borders and create a climate of trust. Today the freedom of movement within Europe shortens distances and serves to unite us. We must assert and protect this right' (Viviane Reding, read the article)

'Do something for refugees' countries of origin' - Sme, Slovakia

Calls from Italy and France, among other countries, for a limitation of freedom of movement because of the refugees from North Africa are out of place, writes the Slovakian liberal daily: 'If a situation were one day to arise in which Italy and France were faced with a true wave of refugees, the other Europeans would have to help. But this situation has not arisen. True, more refugees are coming to Italy than previously, but their numbers are limited to a couple of tens of thousands. The fact that Italy can't get things under control has nothing to do with an approaching apocalypse, but with yet another failure on the part of this government, its politicians and authorities. The solution most certainly does not lie in questioning the freedom of movement in the union, one of the basic advantages of European integration. That doesn't mean the union shouldn't help individual countries like Italy or Malta. But at the same time it should do something for these refugees' countries of origin, so that they stay at home' (Peter Morvay, read the article)