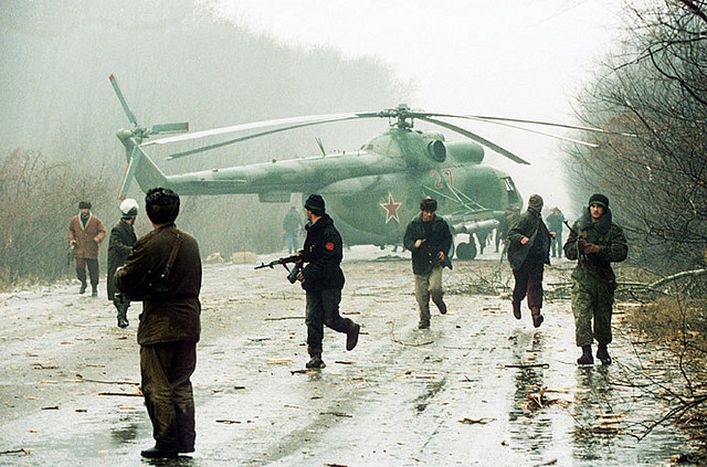 35 people died and more than 150 were wounded in a bomb attack on Moscow's Domodedovo Airport on 24 January. If its proved that the suicide attacker was of North-Caucasian origin, it demonstrates once again Russia's inability to defuse the powder keg in the North Caucasus, say the Slovakian, Spanish, Polish and German press

The bombing at Moscow airport shows how unsuccessful the Russian government has been in fighting islamic terrorists, writes the online edition of the Polish news magazine: ‘On the one hand the attack in Moscow has shown how vulnerable Russia still is to attacks from terrorists. On the other it demonstrates that Russia has failed to get a grip on the situation in the North Caucasus. Russian investigators are pointing to the North Caucasus - without clear-cut evidence as to the origin of the attacker who blew himself up on Monday afternoon. In their view that's where the contractors and organisers of the explosion are to be found. In the past years islamists from the North Caucasian republics - above all Dagestan, Ingushetia and Chechnya - have been behind almost all terrorist attacks in Russia’ (Jędrzej Winiecki)

The Russian government must be very careful in how it reacts to the bomb attack in Moscow if it wants to avoid an escalation of the conflict in the Caucasus, the conservative Spanish daily writes: ‘Yesterday's attack is the most serious to have taken place in Moscow in the past decade and means that the focus of instability in the Caucasus has not moved towards pacification, despite having disappeared from the news. This ignoble and unjustifiable crime has shocked Russia, and it's natural that the authorities feel obliged to react as soon as possible. But they would be ill advised to insist on using inadequate methods against the terrorists which don't respect the basic principles of legality and proportionality. It is precisely because these principles have not always been adhered to that the Caucasus continues to be such a powder keg’

Read the full notice ‘Terror in Moscú’ on ABC online

For years the Russian leadership has been fearing a terror attack on this location, the air traffic hub Domodevo. The islamic terrorist leader Doku Umarov has long been threatening to sow terror in the heart of Russia. Should it turn out that the attackers really did come from North Caucasus, he will have achieved his goal’ (Katja Tichomirowa)

‘We're all in danger’ – Sme, Slovakia

Zuzana Fialová, a popular actress in Slovakia, was also injured in the bomb attack in Moscow. This will make the danger of terrorism tangible for the Slovakians for the first time, the liberal Slovakian daily notes: ‘Never has terrorism come so close to the average Slovakian citizen. They may have seen plenty of pictures on the television but it all seemed so far away and the victims were always complete strangers. Now for the first time terrorism has hit a popular celebrity known to practically everyone here. As sad as this is – Slovakia probably needed this jolt to understand the stupidity of the claim that we're not affected by terrorism. Zuzana Fialová and her colleagues were absolutely innocent. But that's what such attacks are about. The victims are victims by pure coincidence. We're all in danger. That's why terrorism is a problem that affects all of us. Burying your head in the sand certainly won't do any good’ (Peter Morvay)