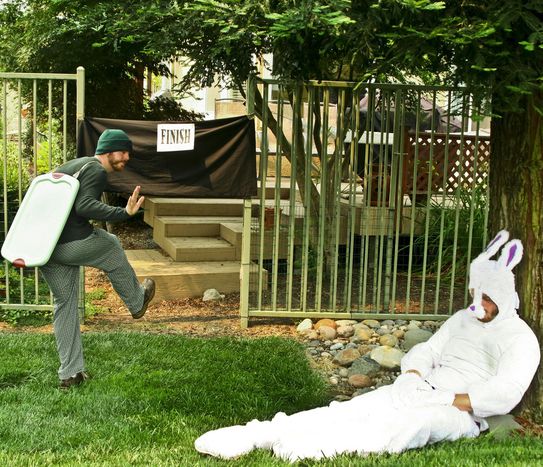 Skin of your teeth

It’s war between Spain and France, and Germany and Italy have had to hand over their accounts. At the moment, European countries are fighting tooth and nail. While the EU walks a tight-rope, who will be first in the photo finish?

Europe is no longer united, apparently. Entangled in an unprecedented economic crisis and under continuing threat from ratings agencies, the EU’s 27 member states are at each others’ throats. Some have had to adopt an austerity plan while others are picking fights by lampooning drugs scandals in television skits. In short, this is war.

Europe is the Old Continent and therefore, its countries’ use their respective histories and associated superiority to their advantage. The battle is fierce and relentless, with states fighting like cats and dogs. It would seem that a photo finish will reveal the winner thanks to their hair. In Poland and Germany, the winner is the one who has passed the test 'by a little hair' (o mały włos) or 'by a fine hair' (haarscharf). In Spain it’s 'by a few hairs' (por los pelos), whereas in the UK it doesn't matter if you've no hairs to count on your head;  you can bring your facial hair into play and win by a whisker.

Whilst the French can also win 'by a body hair' (d’un poil) or by 'a head hair' (un cheveux), they also have a strange expression explaining that things can be played out 'by a handkerchief' (dans un mouchoir de poche).  In the XVI century, the expression signified the difference between the nobility – who would use this piece of cloth that was a part of their fashion paraphernalia in order to blow their noses – and the poor who would use their sleeves. Today, the expression retains only the sense of that small space between handkerchief and pocket. Therefore, if something is played by a handkerchief, it means that 'it’s not played for nothing'.

There is much humility in some European expressions. For example, recognising that one’s triumph will be a Pyrrhic victory is a sign of good sportsmanship since this kind of win, by the skin of your teeth (or barely anything) is one which is achieved at too great a cost to the victor. Don’t be so sure that all this fighting is really over nothing. False modesty works all over Europe - a handkerchief, unless proven otherwise, usually dries the tears of the losing side.