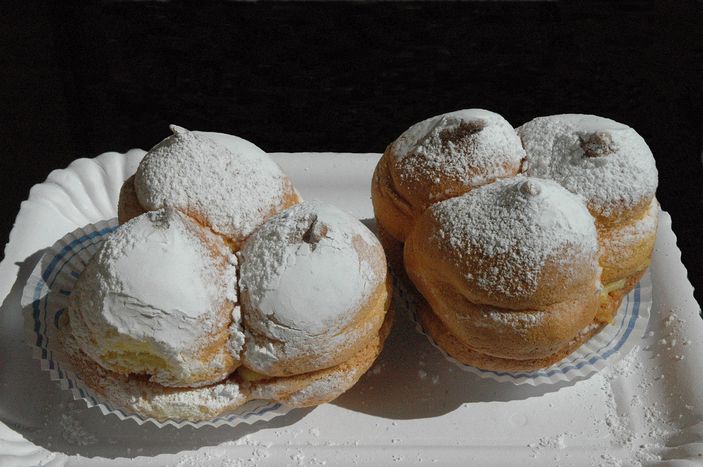 Yes, you've just sunk your teeth into 'nun's tits' - albeit made of sponge and cream. The name behind this regional Italian speciality hovers between mountain peaks and nun's habits

Tempting blasphemous jibes aside, tasting the Sise delle Monache really is a delight for the palate and a good sense of humour. It's a shame that the only way to be able to do so starts with getting past the mountains of Italy's central Abruzzo region. In the town of Guardiagrele, only two bakeries have the recipe for a simple but decisive procedure: cut the domed pastry into two and add cream between what effectively are the 'breasts' and the 'bra'. 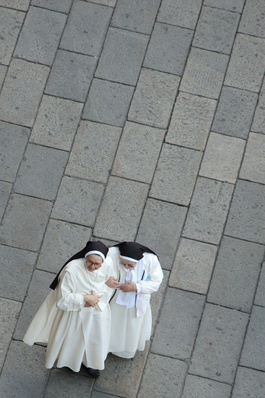 But why would nuns have three tits? If, like me, you're taking a raincheck on heading to the nearest convent to verify facts for yourselves, there are other hypotheses on offer. Apparently the sisters would often stuff a bit of fabric down their tops to conceal their figures better and look more correct. Others say that the name came from the sisters themselves, who belonged to the Poor Clares order of nuns, who apparently invented the pastries themselves.

Don't mention a word of that though to Giuseppe Palmerio, the Neapolitan local baker who claimed the title of being Sise delle Monache creator since 1884. He named the pastry 'three mountains' (Tre Monti), in homage to the three summit peaks of Abruzzo's Majella national park, whose mountains dominate Guardiagrele. One morning, the region's poet Modesto Della Porta woke up feeling touched by the candour and 'innocent' freshness of the peaks, leading him to rebaptise the geographical wonders as 'nun's breasts'.

See you all in Guardiagrele, where you should prepare yourselves for long queues in front of the bakeries, especially on Sundays. Once you're in though, you'll be able to taste fresh oven-baked breasts, as one should. Brush them to take off the layer of iced sugar which will inevitable coat your clothes.

If you're not able to get to Abruzzo anytime soon, try making the delicacy yourselves:

Add 200g sugar to the whipped egg whitesMix egg yolks and 100g sugar separatelyWhisk the two together slowly from the bottom upAdd sifted flour and potato starchWith the help of a pastry bag on a cutting board, create a series of three pyramids close to one another with the pastryPop into the oven for between 10-15 minutes at 210 degrees.Allow to cool, cut off the tops, add cream and re-cover.To finish off, powder with icing sugar