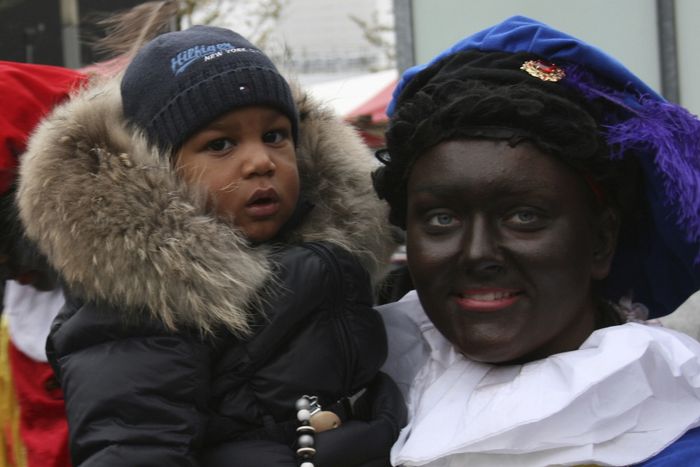 The Dutch holiday figures of  'Santa Claus' and his helper Black Pete have long endured charges of racism and cultural insensitivity. Nevertheless, the 5 December celebration is endearing itself to new generations of immigrants and facilitating their integration into Dutch society

With his long hair and white beard, the Dutch figure of Sinterklaas once served as a prototype for America’s Santa Claus. Adhering more closely to the image of St. Nicholas, the crosier-wielding Sinterklaas wears a red cape and bishop’s mitre. Having abandoned his native Turkey, Sinterklaas resides not in the North Pole, but in Madrid. Each year he departs the land-locked Spanish capital aboard a large steamship and sails to the Netherlands to deposit gifts into the shoes of well-behaved Dutch children. Accompanying him on this journey is an entourage of mischievous 'helpers' who all bear the name Zwarte Piet (Black Pete).

Weeks before the exchange of gifts and poetry that occurs on 5 December, Dutch cities organise massive parades to welcome Sinterklaas. Atop a white horse named for Italian explorer Amerigo Vespucci, Sinterklaas is received by adoring crowds of children and parents. Distributing sweets among the spectators is his exuberant staff of Black Petes, played by white actors wearing afro wigs and makeup that resembles the blackface historically used in American minstrel shows. Such depictions have placed Black Pete at the centre of intense debate. To stave off criticism, legends tracing his appearance to exaggerated Moorish features or his historical status as an African slave liberated by Sinterklaas have been replaced by sanitised tales of a face innocently blackened by chimney soot.

Read 'Knecht Ruprecht and his motley crew of Christmas meanies' on cafebabel.com

The Dutch are famously defensive when asked about the racist origins of Black Pete’s cartoonish depiction. According to ethnologist John Helsloot of Amsterdam’s meertens institute, 'Questioning Zwarte Piet is widely felt as an attack on Dutch national identity.' He offers the example of Rita Verdonk, a right-wing politician and former minister of integration and immigration, who in 2007 launched a short-lived political movement called proud of the Netherlands ('Trots op Nederland'). Presenting herself as a defender of the endangered Dutch culture, Verdonk made a speech in which she rallied her supporters by referencing an unnamed 'they' who sought to abolish the celebration of Sinterklaas. While the source of this threat was never made clear, it could be inferred that 'they' were non-Dutch outsiders - specifically blacks, muslims, and immigrants. 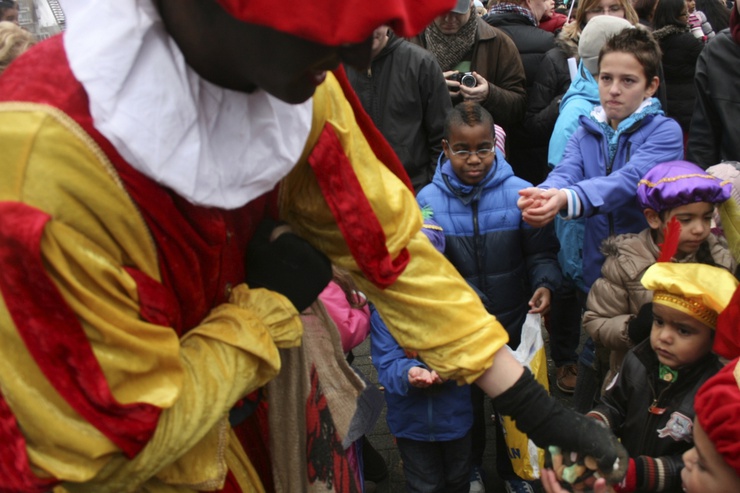 Like many EU countries, the Netherlands has recently seen shifting demographics due to sustained immigration from countries such as Turkey and Morocco. To gauge the appeal of Sinterklaas among these newcomers, a number of Dutch-born high schoolers with one or more immigrant parent were asked for their thoughts. Of fifteen respondents living in the suburbs of Amsterdam and The Hague, ten were raised muslim, one was raised hindu, and four grew up in non-religious households. Regardless of religion, the teenagers all confessed to believing in Sinterklaas as children, and all of them celebrated at school. Over half of the muslim-raised respondents even reported celebrating Sinterklaas with their families at home, in spite of islam’s prohibition against the observance of non-muslim holidays. Despite its roman catholic trappings, all but one of these students viewed Sinterklaas as a nonreligious cultural celebration. 'People of other religions can participate in any part of the Sinterklaas tradition,' said one respondent born to a Turkish immigrant. 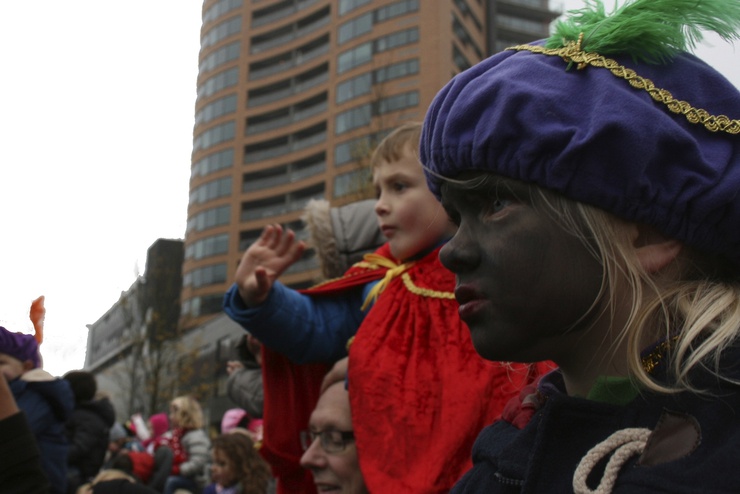 While many adults perceive Sinterklaas traditions as disappearing due to commercialisation, the event’s secularised ubiquitousness serves to perpetuate it as a common celebration of Dutch identity. 'I didn’t celebrate it at home,' said one teenager, a practicing muslim, 'but I never felt like ‘why don’t we celebrate it?’ because you can feel this celebration everywhere.' A recent survey by the Q&A research group found that due to Europe’s ongoing economic crisis, only half of the Dutch population planned to partake in this year’s Sinterklaas festivities. This decline is exacerbated by encroaching expectations of additional gift-giving at christmas. Further diminishing the stature of Sinterklaas is the sustained controversy over Black Pete. Interestingly, the traditionally staunch defence of Black Pete's figure is showing signs of a generational softening. While three of the fifteen high schoolers questioned defended Black Pete as being in no way inappropriate, eleven respondents expressed an understanding of why others find the figure to be racist, and one student found his depiction to be personally offensive.

For Sinterklaas to preserve its inclusive nature, the celebration must evolve to reflect the changing sensibilities of the country’s populace. As the Netherlands' ethnically and religiously diverse youth come of age, they will likely put forth a more nuanced depiction of Black Pete. Such a change would not signal the demise of Sinterklaas. As one student confirmed, the custom is 'a piece of Holland and being Dutch that just has to stay'. Indeed, if the celebration of Sinterklaas continues to bring new immigrants into the fold of Dutch culture, they in turn will ensure its preservation. 'It would be good and a lot of fun for the immigrants to join the Sinterklaas tradition,' says one muslim teenager, 'because it can unite us more.'

All images of Sinterklaas intocht (arrival), 2012 parade in Rotterdam : courtesy of © FC