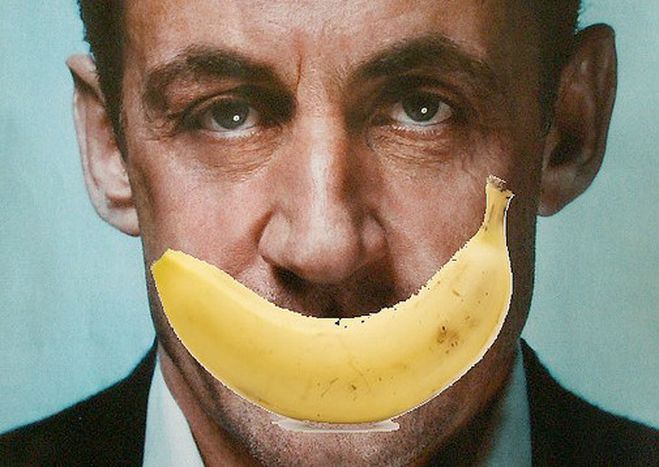 The son of the Libyan dictator Saif al-Islam's claim that the 2007 French presidential campaign was funded by his country comes as Nicolas Sarkozy recognises the rebel national transitional council as Libya's official representative body. The Dutch, Austrian and Swiss press condemn the unilateral move as detrimental to all concerned

Paris' recognition of the national transitional council of Libyan rebels is premature and only harms the EU, writes the left-liberal Dutch daily: ‘For years France was the European country with the closest ties to North Africa's autocratic regimes. In the past weeks this has led to repeated embarrassments as popular protests swept through the region like a whirlwind. Faced with this new situation Paris seems to have decided to take the bull by the horns. The French move is very unfortunate, above all because the situation in Libya is extremely confused. Once again it seems that while the French talk and talk about Europe, at the crucial moment they prefer to focus on raising their own profile. The heads of government of the European union gather today to discuss events in Libya. France was also behind the meeting, but with this one-sided French initiative the conference has been rendered less efficient even before it gets started’ (Paul Brill)

By recognising the rebels' council in Libya and presenting plans for military intervention French president Nicolas Sarkozy is putting the cart before the horse, writes the Austrian left-liberal daily: ‘No doubt one major incentive for Sarkozy's action was to polish France's faded image in North Africa - and to get out of his own personal slump in domestic politics. The question of a military operation has dogged him for days now: at the start of the week he was still rejecting the idea of a no-fly zone on the grounds that the west 'couldn't afford another Afghanistan'. Now he seems to have changed his mind completely, and this all has a very improvised air to it. Quick decisions are sometimes necessary in times of war. But it would doubtless be better for the EU members to first agree on how to deal with this emergency before plans are made public. Providing the wrong kind of help can only work against the rebels’ (Stefan Brändle)

Because French president Nicolas Sarkozy`s sudden change of tack in the Libya conflict comes across as a contrived and clumsy he won't achieve his goal, writes the Swiss left-liberal daily: ‘His abrupt onslaught is no doubt aimed first and foremost at enhancing his country's dramatically shrunken geopolitical role. Of all the big western countries France has cut the worst figure on the world stage in the past three months, seeming petty at times, and driven and abashed by its old double standards in the way it treats authoritarian rulers. Sarkozy is now busy trying to correct this image. France, which has always had a distorted and inflated notion of its international role, is desperate to get back on the world stage at this historic moment. With a solo performance - a spectacular and perhaps risky backwards somersault which certainly looks contrived and hypocritical’ (Oliver Meiler)