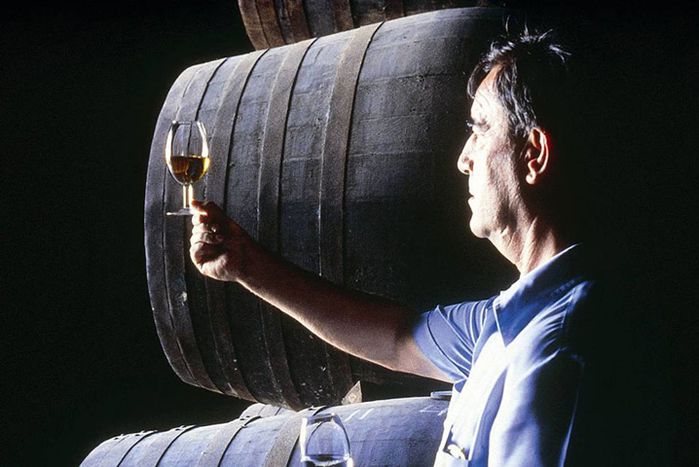 One of the most typical European wines has to be 'vino de Jerez', a white wine fortified with brandy which is known as 'sherry' in the English-speaking world and 'Xérès' amongst French-speakers. The name comes from the vineyards near the town on the southern tip of Europe

The elaboration and commercialisation of sherry was conceived mostly by European families that had come to the country in the eighteenth century. That is why its most famous brands have long been Domecq (originally from France), Osborne and Garvey (England) or Terry (Ireland). Jerez wines used to be elaborated as in the rest of Europe: every year’s harvest was fermented by oxidation and was then bottled. Every bottle was identified with the year it was harvested. However, since the eighteenth century, Jerez wines were not submitted to a static ageing, but to a dynamic ageing system, through the ‘soleras’ (sedimentation) system. Wines from different harvests are combined in American oak wineskins in an organized, systematic and balanced way, and ‘not the French way, because it is porous while Jerez wine needs humidity,’ according to Rafael Osborne, the PR chief at Osborne, who we meet in Santa Maria port. Therefore Jerez wines have a ‘middle age’ and organoleptic characteristics that are always identical. 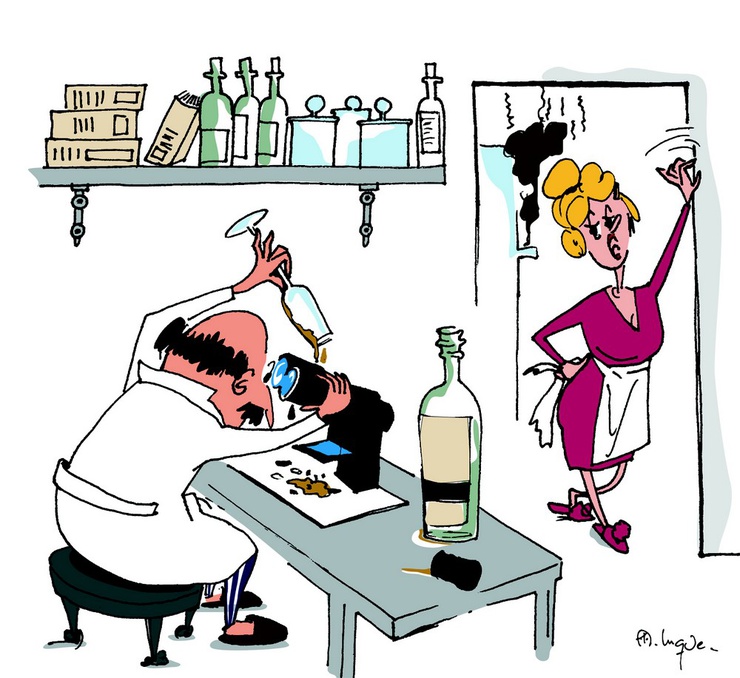 - Wife: 'Darling, when the fridge broke down it ruined your stashes of penicillin' - Fleming: 'Let's have a bash with the sherry then'

‘The wine’s ageing and fermentation process accelerates when you mix recent harvests with older ones,’ a trend that was first introduced to ‘satisfy the demand that Englishmen had for medium sweet and aged wines,’ says Rafael Osborne. Not surprisingly, England is the largest consumer of Jerez wine (32% of the market share), followed by the Netherlands (23%). Spain only comes third with 22% of the share. Furthermore, the Netherlands has the highest market share for brandy, the wine liquor from Jerez, whose name comes from the Dutch brandewijn meaning ‘burned wine’. According to the Jerez wines regulating council, one out of three Jerez wine bottles is consumed during spring time, the season of rebirth. Shakespeare, Charles Dickens, Washington Irving or Harry Potter writer JK Rowling have cited these wines in their work, but we will quote the famous Scottish doctor Alexander Fleming: ‘if penicillin cures sicknesses, Jerez resuscitates dead people.’

First published on cafebabel.com on 16 May 2008