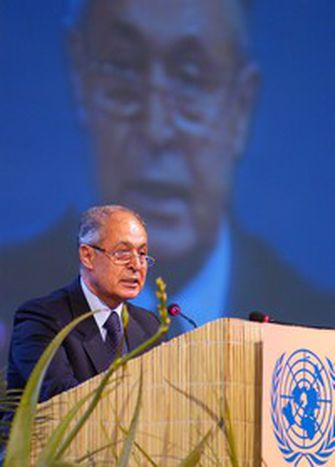 His ascent to President of Turkey was anticipated with much hope. But as Ahmet Necdet Sezer prepares to wave goodbye, the results of his 7 years in office are hard to discern

Independent, undogmatic and incorruptible – just three adjectives that accompanied Ahmet Necdet Sezer, 65, upon his accession to guarantor of democracy and rule of law in Turkey.

The first president not to be a member of the political establishment nor of military stock, Sezer, with a degree in law and career experience as a judge, managed to unite the hopes of all Turks that the way into Europe would be smoother. In contrast to his ageing predecessor and one of the founding fathers of the political landscape, Süleyman Demirel, Sezer embodied a break with the past and a period of renewal.

In from the wings without a power base

As president of the constitutional court, Sezer found himself as an outsider. It’s no secret that former Prime Minister Bülent Ecevit, who died in November 2006, would have much preferred Demirel to serve a second term. But as he lacked the necessary majority in parliament to change the constitution, the vote swung to Sezer. A candidate without a political power base, he was a figure on whom both the Nationalists and Islamists could agree on. On 6 May 2000, Sezer was elected with the support of all political parties and to lauds from the Western press.

Today, as the election of his successor stands firmly on the agenda, the results of his term in office are receiving somewhat mixed reviews - not least his contribution to European integration. 'He simply hasn’t fulfilled the hopes which were placed on him,' says Jan Senkyr, representative of the German Konrad Adenauer Foundation in Ankara. 'At the beginning, Sezer intended to tackle the economic reforms and champion freedom of opinions. In the end, he acted as less of a motor and more of a break pedal to the whole reform process.' The reasons for Sezer’s political impotence lies less with Sezer, and more in the changing political scene, according to Senkyr. 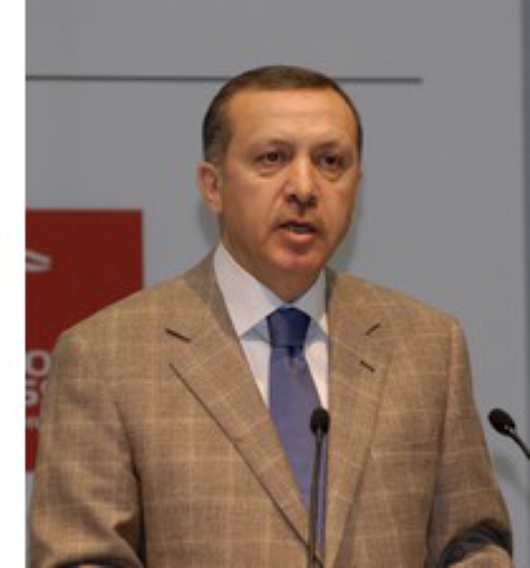 3 November 2002 saw the dissolution of the national-conservative government of Bülent Ecevit by current prime minister Recep Tayyip Erdoan's Islamist-rooted Justice and Development Party (AKP). However, the ascension of the moderate Islamists presented a threat to the laid-back politics of Sezer.

Time and again, Sezer thwarted the proposed parliamentary bills by refusing to sign them and opposed the naming of new judges and civil servants. 'Above all, Sezer rejected reforms which threatened to alter the strongly liberal characteristics of the Republic,' says Senkyr. 'But then again he always blocked EU interference through proposed projects like reforms to ensure equality for religious minorities.'

Tensions were also apparent in Sezer’s relationship with Erdoan. As Erdoan’s wife wore a headscarf, Sezer purposely invited the Prime Minister to state receptions alone. Such a rebuff was also issued towards other wives of AKP ministers who wore the ‘Türban’, by refusing them entry to the presidential palace. 'Sezer and Erdoan had very different political viewpoints: they didn’t trust each other,' says Senkyr. One theory is that Sezer feared, like many Kemalists, that the AKP has a secret agenda to Islamitise the state.

Even when Sezer didn’t prevent laws coming in to force, he sought to postpone them, always succeeding in placing an obstacle in the government’s way. 'According to the constitution, the President plays no direct executive role. But as Atatürk’s successor (the founder of the modern Turkish secular state in 1923), he enjoyed a lot of prestige,' explains Senkyr. In addition, Sezer is commander-in-chief of the armed forces. In a state still highly influenced by a tense relationship with the military, this is a powerful position to hold.

In August 2000, Sezer risked a very public clash with the army over his refusal to sign an accord allowing the government to remove Kurdish and Islamic officials from the civil service. Getting his seal of approval however were bills abolishing the death penalty, reducing military powers and fighting corruption. After the AKP victory however, Sezer moved towards Kemalist circles. In August 2006, he appointed hard-line liberal General Mehmet Yaar Büyükant as head of the army.

Other issues also showed Sezer’s Kemalist colours to the full. When novelist Orhan Pamukreceived the Nobel Prize for Literature in October 2006 for his analysis of the Armenian massacres of 1914, the honour went fully unacknowledged. Such a standoff is also apparent in his notable absence from the funeral of Hrant Dink, the Armenian journalist who was murdered in early 2007 by a young nationalist.

So how should Sezer be remembered? Despite his positive political impulse, he has arguably been a true defender of the Kemalist spirit: where the state will always come before its citizens.