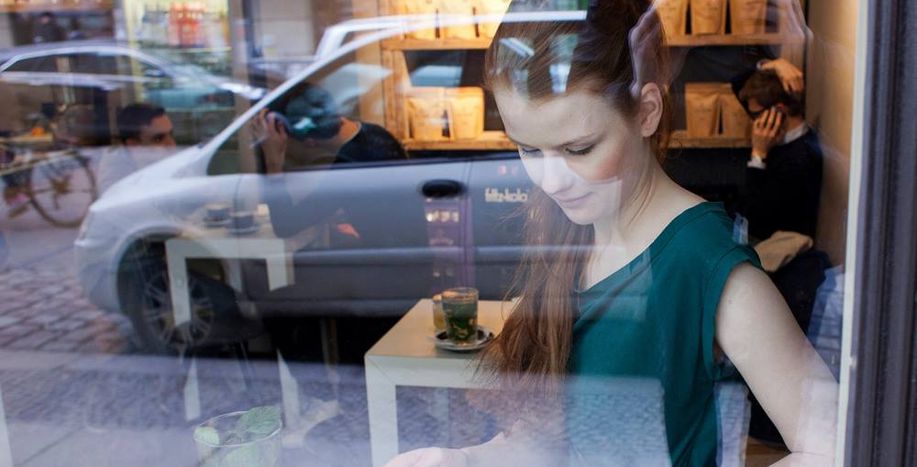 In an open letter to Germany's Christian Democratic Union (CDU), 26-year-old politician Jenna Behrends fights back against sexism in her own party - and also finds herself struggling against women within her own ranks. We speak with another victim of sexism in the Young Union - and look to France to see how accusations of sexism can play out.

The CDU has a sexism problem. The young politician Jenna Behrends made this public recently in her open letter to the CDU, published in the online magazine edition f. The 26-year-old hopes that her move will make people aware of the rigid sexist mindsets among politicians in the Berlin district of the CDU.

The most well-known aspect of the letter: Behrend's accusation directed at Berlin's Interior Minister, Frank Henkel. The CDU politician called her a "sweet mouse", and asked a male colleague prior to her nomination: "Are you screwing her?" Yet this is only one example offered by the young mother in her letter to illustrate the atmosphere in the Berlin CDU. She complains that the party climate is polluted by "slander, rumours, [and] sexism both directed at and partly perpetuated by women". Men proposition her, and women approach her dubiously and label her as "career-obsessed." Some suspect that her successes within the party can be put down to her having "slept her way to the top." 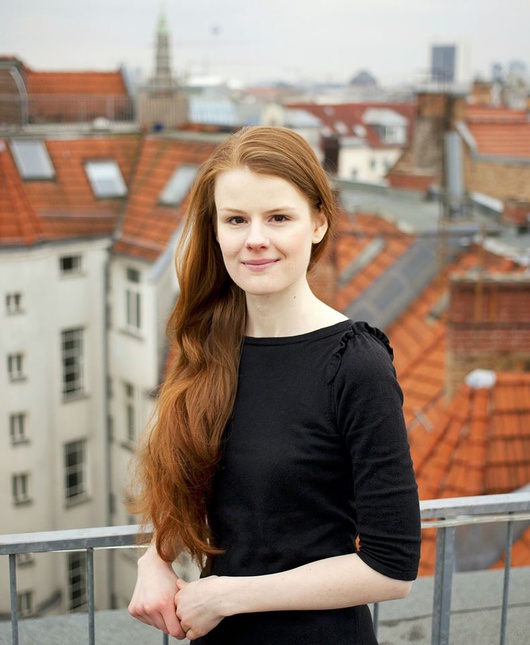 A voice without a face

"The letter was really brave," says Jasmine*, an acquaintance of mine who was a member of the CDU and the Young Union (the youth association of the CDU) for three years. Jasmine lives and studies in southern Germany, but doesn't want her location or her field of study to be mentioned in the magazine: under no circumstances must she be recognised. With that said, she has no repercussions to fear: she left the CDU one year ago owing to - among other things - the prevailing sexism and bad etiquette within the party.

She has, of course, read the article, the media coverage, and the responses of the CDU. She has also experienced situations similar to those described by Jenna Behrends: "I had big problems there [in the CDU and the Young Union], I always paid attention to what I was wearing and heard a lot of comments."

Sexism is to be found apparently everywhere: new arrivals to the Young Union are immediately rated on their appearance once they are out of earshot of the male members, explains Jasmine. At events taking place in conjunction with the CDU, "the older male members stand there winking at you, flirting, giving you compliments." She has also observed and experienced how delegates - "even married ones," she adds - chat up young women and make explicit offers to them.

Jasmine remarks self-critically that she didn't recognise the ploy at first, and that her own behaviour might even have contributed to the problem: "when you first join the Young Union, you're mobbed by about 50 men at all of the drinks receptions, right from the start. There's a good atmosphere, they make jokes. And when you're an inexperienced 16-year-old, you think it's really cool that everybody likes you, so you go along with it. It just didn't register at first that the jokes were completely sexist and morally wrong." 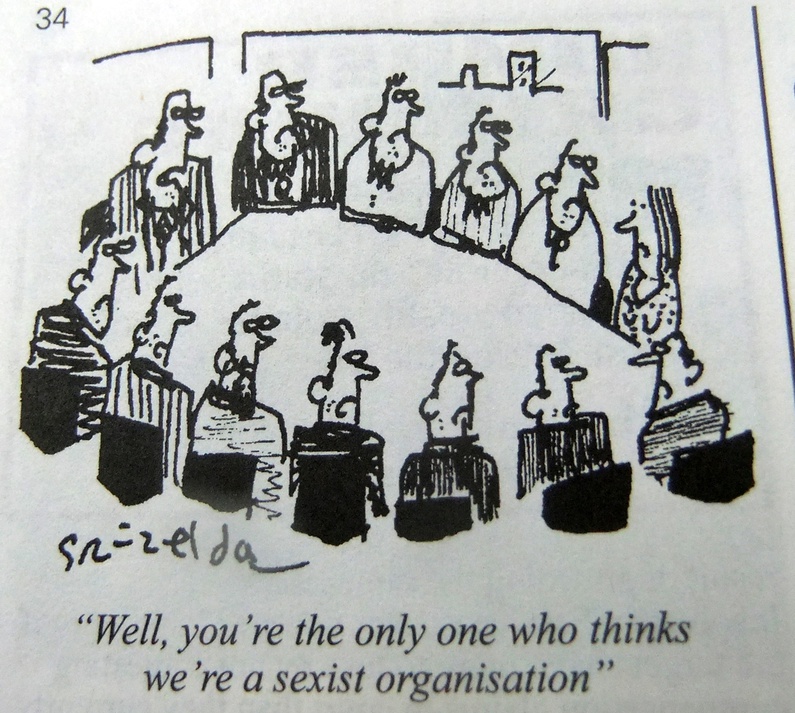 … and then shows its ugly side

Even after this realisation sinks in, it can be difficult to keep your distance and to draw boundaries: "You're seen as prudish and boring if you don't laugh along with the jokes."

If a woman occupies a post or runs for office, "she's quickly written off as a slut, or people start bad-mouthing her; you hear things like 'bet she's already been around half the district council,'" says Jasmine. Behrends wrote about something similar in her letter, saying that there are "active rumours being spread about my alleged affairs".

Jenna Behrend's letter attracted a lot of attention. The Interior Minister in question wrote: "I am surprised and also a little disappointed by the content and phrasing of this open letter." He did not deny the accusations, and produced an offering meant to display transparency and oppenness: "if Ms Behrends wishes to have an exchange with me, then my door is always open to her - just like it is to every other member of my council - for a discussion." The CDU district councillor, Cerstin Richter-Kotowski, came to Henkel's defence: "I've been in the CDU since I was 16 and have never experienced anything of the sort. I have also never heard such claims regarding Frank Henkel."

While women of the CDU such as Richter-Kotowski insisted in front of a running camera that they had never encountered sexism, the CDU's General Secretary, Peter Tauber, went a step further: "I hear stories like this again and again." Accusations of bullying and sexism have also been brought against Tauber, however.

The situation is perhaps best reflected by a pair of comments found under an article about Jenna Behrends released by the Berlin radio station rbb. They appear not to understand what sexism is, exactly - or to be in denial about it: 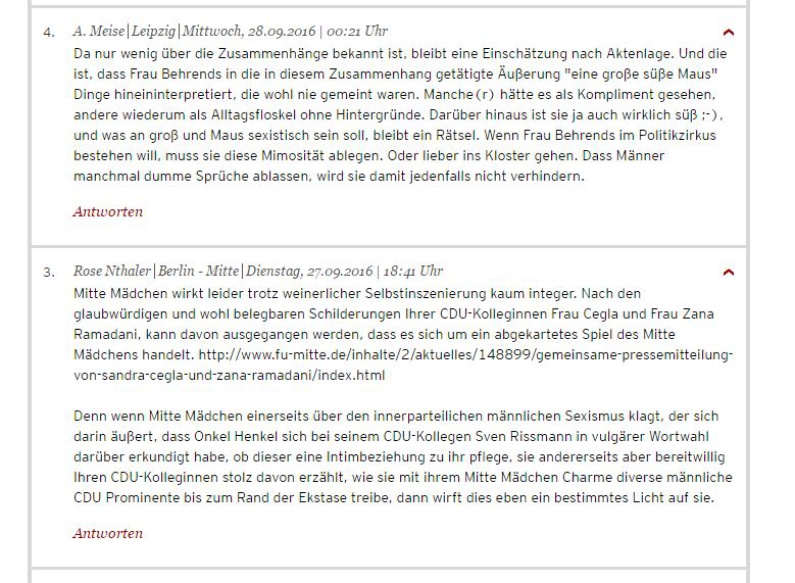 No help from other women

It came as no surprise to Jasmine that it was notably women who stabbed Behrends in the back. There was "much more stress than in the party itself" within the Women's Union. Jasmine, again, puts that down to the rampant sexism: a young woman joins the party, falls for the men's behaviour, and enjoys "that she can achieve a lot with her looks." Women who have been around for longer and can see right through the game have a critical view of the newcomers' behaviour and label them as 'sluts'.

I am shocked by "the personal attacks, which no longer have anything to do with the matter at hand and merely serve to make me appear untrustworthy, and - to phrase it in strong terms - to destroy me," Behrends told rbb.

"It was always clear that Jenna Behrends would wind up being attacked like this," says Jasmine, evaluating the situation. "Someone in a position like the one she's in now has surely gone through much more. They're trying to gag her so that she stays silent."

Solidarity against sexism in France

While women are fighting among each other in the case of Jenna Behrends, women united during a similar case in France. In May this year, female politicians protested against lewd remarks and sexual harrassment by representative of the Greens, Denis Baupin. Baupin, who was also Vice-President of the French National Assembly, allegedly sent daily text messages to party delegates, containing messages such as "I like it when you cross your legs like that", and even "it turns me on when you make a stand against me", and is said to have frequently suggested to women in meetings that they should enter into a sexual relationship with him. Green politician Elen Debost reportedly received 100 such text messages. Her colleague, Sandrine Rousseau, a 44-year-old economist, reported that he forced her into a corner in the corridor after a meeting, fondled her breasts, and tried to force her to kiss him.

After Baupin posted a selfie posing in red lipstick on Twitter, claiming to be campaiging for women's rights, Rousseau broke her silence. She made her case public - and immediately obtained support from seven additional women, who likewise blamed Baupin for sexist behaviour. Baupin took things further: he spoke of a "game of seduction." This was the last straw for the women: they subsequently filed a lawsuit against him.

Show your teeth - and use them

Jasmine doesn't believe that the discussion in the CDU will change. Too deep are the structure's foundations, and too conservative and profoundly sexist are the attitudes, even amongst the pubescent 16-year-olds who are taken under the wings of the Young Union. But Jenna is right when she writes: "the world of politics is too important to leave it to old men." All that remains is the hope that there will be yet more "sweet mice" who make use of their razor-sharpn teeth and tongues. Above all, however, they have to pull together and - the next time this happens - follow the French example.