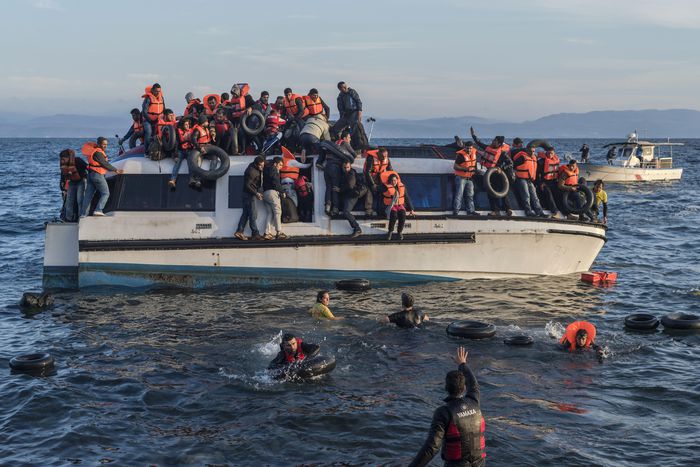 Seville takes to the streets: a call for solidarity and action for refugees

In recent months, Seville has played host to a varied programme of demonstrations, forums, seminars, film screenings and debates, all aimed at encouraging immediate action in response to the migrant crisis. The Andalusian capital is committed to promoting greater awareness of the issues surrounding migration policies.

Monday 20 June was World Refugee Day. Although first introduced in 2001, in 2016 the message of this annual event resonates more strongly than ever before; perhaps because the public has now become alert to the importance of demanding both respect for human rights, within Europe and beyond, and a fundamental rethink of current policies towards migrants in Europe.

On the day itself, hundreds of people joined the demonstration on behalf of refugees, calling for them to be treated with dignity, and for the unconditional respect for their human rights. Despite the success of this event, public engagement, while vital, is not enough. The demonstration was convened by a group of 31 organisations, including Oxfam and two of Spain's largest trade unions, the General Union of Workers (UGT) and the Workers' Commissions (CCOO). Representatives from the main political parties, however, were noticably lacking; a glaring absence given that it is politicians who, faced with a deep crisis of values, are ultimately responsible for finding workable solutions. What good is an awakened citizenry if politicians are still slumbering? It was a thought-provoking and pertinent question, just days before the Spanish general election of 26 June.

The demonstration that wound its way through the streets of central Seville marked the culmination of several months of dedicated work on the part of various civil groups and some political parties. A great many events were organised; all intended to prompt people into thinking more deeply about the plight of refugees, and as a call for immediate action. Particularly memorable was the discussion arranged by Café Babel Sevilla, entitled Europa en la encrucijada: crisis migratoria ["Europe at a crossroads: the migrant crisis"]. Its success, both in terms of attendance and participation, gave impetus to efforts to mobilise the city in solidarity with refugees and in support of their cause. Also worth mentioning is the campaign led by the Press Association of Seville, Acojamos a los refugiados YA ["Let's welcome refugees NOW"], which received a great deal of public support as well as the endorsement from some of Spain's most famous faces, and which succeded in making a considerable impact.

Local engagement: a place to start?

The failure of politicians to participate in public debates on the issues that most concern the public should not pass unremarked. We demand solutions from Europe, but we forget that local, regional and national governments have a great deal to say on this issue, and a substantial contribution to make in terms of taking action to engage public opinion. It is not enough to ask the European Union to grant dignity to refugees; perhaps this demand first needs to be heard at a local level. We must not forget that a fair and ethical approach to policy, although it may seem something of a starry-eyed ideal given the current political landscape, is dependent on each and every one of the centres of power that make up the State.

In the current situation, with respect for the most fundamental rights no longer guaranteed, local action to rouse public consciousness takes on more significance than ever before. It may be that the injunction to "think global, act local" holds the key to alleviating this issue; one that shapes the daily reality of a great many people, no matter how distant they may be. The recent events in Seville are a perfect example: thousands of miles away from Syria, the people of this city are keen to play their part. Most importantly of all, if we can bring about tangible changes at the local level, we may find that the barrier of physical distance dissolves as we grow closer together. This could be the first spark that energises other levels of governance with the warmth of public feeling, with Brussels being seen as having a duty to respond to the call of member states and their respective regional and local authorities. After all: now, as always, the European Union can be whatever its member states want it to be.