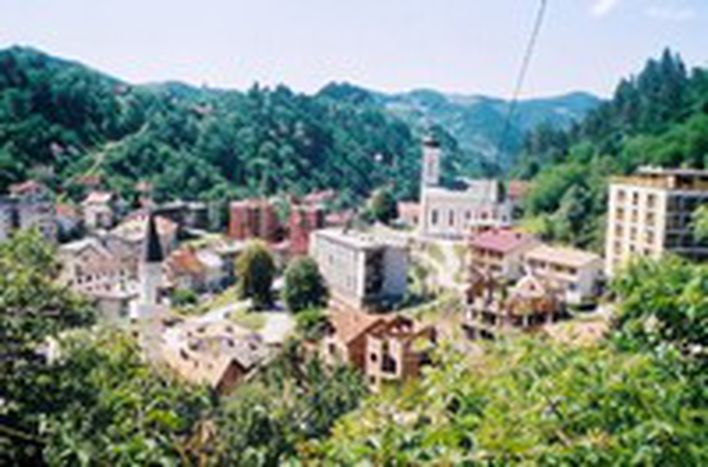 Serbia was forced to face its past at the beginning of June when a video was released showing the mistreatment and shooting of Muslim civilians during the Bosnian war. But is it ready to accept its responsibility?

Serbia, 1 June 2005. At the beginning of the main news bulletin, the newsreader told the viewers with a look of consternation that “children and people of a sensitive nature should not watch the following clip”. What came next were pictures showing scenes of unbelievable cruelty: six badly beaten-up Bosnian Muslims were dragged out of a lorry and four were shot in turn. The last two were forced to pile up the corpses before being shot themselves. The perpetrators were fighters from the Serbian paramilitary unit “Skorpioni” (Scorpion) under the command of General Ratko Mladic, who is currently still in hiding. The fighters mocked their victims and were not afraid to show their own faces to the camera. Some were identified shortly after the broadcast and have been arrested. They were so-called “core Serbs” from neighbouring Serbia and not, as Serbians would like to maintain, Bosnian Serbs from the civil war area.

What happened at the time?

11 July 1995 is the official date of the massacre in Srebrenica, during which almost 8,000 Muslim boys and men were murdered by the Serbian unit. Srebrenica, a Bosnian Muslim enclave, had been declared a UN safe haven in 1993 because of Bosnian Serb aggression. However, in the summer of 1995, the international community failed in its duty to protect the city, which was at that time overflowing with refugees. The Serbian offensive resulted in the largest genocide in Europe since the end of the Second World War. Even today, more mass graves are being found in the area around Srebrenica and the latest funeral of an identified victim was on 11 July 2005, exactly ten years after the massacre.

The publication of the video clip by the Serbian human rights activist Natasa Kandic has precipitated a discussion about Serbian war crimes. But this discussion may have a surprising, and often shocking, effect on foreign observers. For example, memorial posters with the words “Srebrenica 1995-2005: so that you see, you know and you remember” are frequently defaced with nationalist phrases such as “we will do it again” or “Ratko Mladic, People’s Hero”. In fact, it seems that Serbian society has little respect for the memory of Bosnian Muslims who died at Serbian hands. In personal conversations one often hears that Srebrenica was “merely” revenge for previous wrongs committed against the Serbians by Bosnian Muslims. A fact, they say, that the West wants to deliberately keep a secret in order to discredit the Serbians.

The debate surrounding the announcement of the world renowned music festival “Exit” to hold a minute of silence for the victims of Srebrenica, has shown that the world’s perspective on events is difficult for Serbs to comprehend. Comments are made to the effect that there is unequal treatment of the victims, that the Muslim victims are given precedence over the Serbians. The opposition to the idea of a minute's silence was so strong that in the end the organisers had to abstain from holding it.

When and where was the film taken?

As with all conflicts, including the Bosnian War, there are numerous uncertainties. The date on the tape of the shootings has been masked over and it is also not very obvious where exactly the recording of the shootings took place. These are questions which, although difficult to answer ten years later, are nonetheless necessary to ask.

But the content of the cruel scenes remains undisputed. Above all, it is these horrific acts that Serbians must find the courage to come to terms with, and to accept responsibility for. For Serbians is not only a question of coming to terms with their past but also the formation of their future. Only once this painful process has been started will Serbia begin to forge closer links with the EU and its neighbours. The western community should stop pointing the finger of blame at Serbia, but should start to examine its own contribution to the Yugoslavian Wars and above all promote the reconciliation of the former Yugoslavian countries.