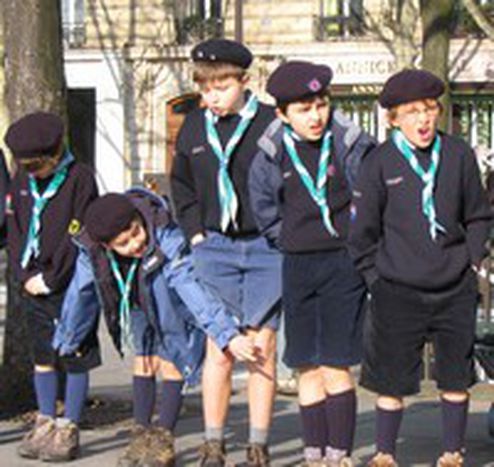 February 22nd is the 150th birthday of Robert Baden-Powell, founder of the world-famous children’s Scouting Movement

'It's great being a Scout!' is the evaluation of 12-year-old Louis. 'On weekends and at summer camp we sleep in tents and play games,' says the boy Scout who joined the Paris-based Saint-Expuéry troop four years ago. Where exactly the destination of the outing is on this sunny February morning remains a mystery. 'Every Scout has to get a metro ticket, so we're definitely going somewhere a bit further away.'

Under the warmth of the midday sun, around 150 high-spirited children and young adults gather around Saint Sulpice church in the heart of Paris. Fresh from Sunday mass, the blue or beige-shirted Scouts form a large square. After reciting a vow, they disperse on trips to museums, into the countryside or off on rambles.

The Brit Robert Baden-Powell would have undoubtedly taken great pride in the joy of these beaming young Parisians. The Scout Movement celebrates its 100th anniversary as the father of the movement would have simultaneously turned 150. The official birth of the movement is marked by the founding of the first camp on Brownsea Island on the coast of southern England in 1907. The boys were divided into troops, ruled by a 'scouting law' and accompanied by a trusty handbook entitled 'Scouting for Boys'. The basic principle of 'learning by doing' was also established, a rule which still serves as the foundation for today's scouting method.

The Scouts see their real origin in the South African Boer War where Baden-Powell used children in his army. French historian Arnaud Baubérot discusses this in his book ‘Le scoutisme entre guerre et paix au XXe siècle' (Scouts in the 20th Century – Between War and Peace). For him, the experience in war was not just a game for the children. Baden-Powell created a new form of warship. 'From todays perspective, this would be a troop of child soldiers celebrated by the media: it’s difficult to imagine! But Baden-Powell did succeed in combining military exercises with contemporary ideals of a 'return to nature' and a new form of education.'

Christian Values in the concrete jungle

Despite this controversial past, the popularity of the movement cannot be denied: according to the World Association of the Scout Movements, two million members are registered in almost 153 countries, with the obvious exceptions of North Korea, Cuba and China. 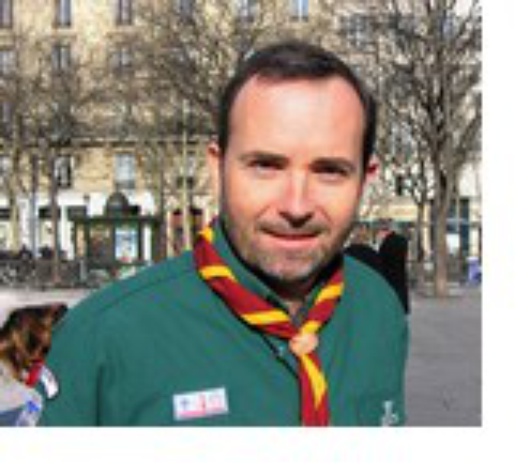 The educational aspects are taken nothing but seriously for Scout leaders. ‘The Scouting educational ethos encompasses values such as help for your fellow man, along with the discovery of nature and of one's own personality,’ explains 46-year-old Regis Nacfaire, the volunteer leader of the Saint-Exupéry troop, who was a Scout himself as a child. ‘Although we are affiliated to the Christian group 'The Scouts and Guides of France' (‘Scouts et Guides de France'), we want to show children that different faiths can co-exist. In a city like Paris this is probably more important than the discovery of nature.’ His troop don’t suffer from a lack of interest either, comprising 110 Scouts and 20 Leaders. Religious belief is also no barrier to participation, as Paris alone boasts Muslim, Jewish and agnostic groups.

Scouts often get critical glances from the wider community as they set off in their pristine uniforms to Sunday morning mass and return later on an evening covered in mud. As Yann Binard, a 20-year-old Scout Leader of 13-14 year-olds in Saint-Exupéry states, being a Scout in this district is almost normality. ‘It does depend on your social level though: some of my non-Catholic friends do find it a strange.’

Becoming a Scout in today's world is undoubtedly a conscious decision. ‘Scouting is still to this day an activity of a 'cultured middle class'; that is, when parents from this section of society believe the Scouting movement can offer their children something that mainstream education, television and the Internet can not,’ explains Baubérot. ‘The drop in membership is considerable. Youth culture and educational thinking has changed a lot since the sixties. Hierarchies and camping areas are not so in demand as they were in the fifties, that's for sure.’

More than a holiday club

The Parisian Scouts can't be missed. Yann checks each member thoroughly outside of church – shirts and red and yellow neckerchiefs are a must. What does he think of the uniform? ‘It's not a uniform! During a seminar they explained to us that we have to speak of 'clothing' (tenu), otherwise the military feeling is too strong. The clothing makes us different and proves we're more than just a group who go on a lot of trips.’

Scouts are much more than an outing group, a fact clearly seen from their consciousness of tradition. The 150 year jubilee will be celebrated all over the world with this years' jamboree, a huge international summer camp. Nacfaire explains that plans are already well underway: ‘We're planning a march to the Champs de Mars on September 1st, where Scouts from the whole of France will meet others from the rest of Europe.’

12-year-old Stanislas from the Saint-Exupéry troop is most definitely looking forward to the bumper jamboree with his fellow Scouting comrades. And what is his best Scouting memory? ‘When 15,000 of us came to last year's Summer Camp!’