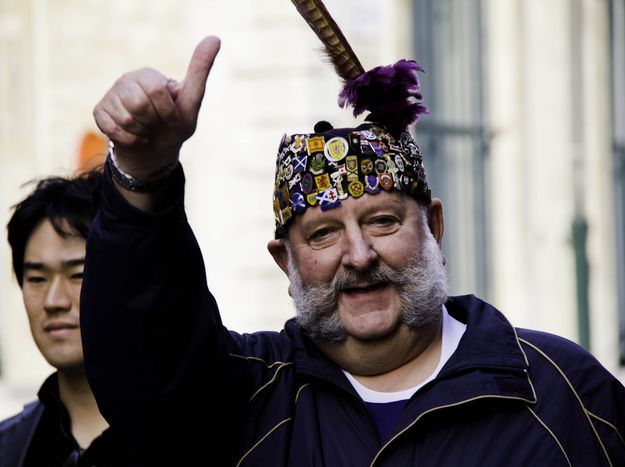 There are two days before the referendum concerning independence in Scotland. Will they vote yes ? Will the country of the Highlands vote on the 18th of September to end their union with England, neighbor to the south and former ennemy,  with whom it joined forces with, 307 years ago? In Glasgow, Edinburgh, and Aberdeen, we went to see how the campaign was doing in it's final stretch.

The date of the referendum was finalised in March 2013, and the while campagne was officially launched the following year, unofficially campaigns began well in advance . In a year and a half of debates, the Scottish have heard all the arguments for and against the move to independence--they are now ready to put the fight to the test at the polls.

« Independece is good for the romantics. »

In Aberdeen, the largest oil port off the coast of the North Sea and the third largest city in Scotland, the sun rarely shines. On the rare occassion, Elsie likes to sit on a bench facing the interminable beach,  enjoying the breeze and sound of the ocean waves. Originally from Ghana, this retired midwife moved to the oil port in 1969, and married an Englishman. Together they raison a son who works in  England. 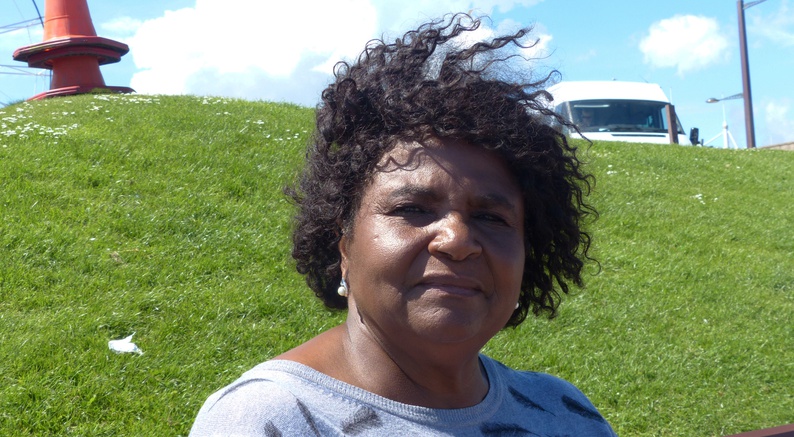 "Who will fund my retirement plan is we become an independent state? The population in Scotland is older than that avergae in Britain and we have many people reliant on social programs. Graduates leave Scotland for London following graduation. In addition, Aberdeen is a very expensive city due to the oil business. Even the hospital has difficulties recruiting and keeping personnel. Independence will not resolve this problems. I vote no," asserts the Afro-Scotish, with a decidely firm tone. "Independece is good for the romantics, those who do not think logically. The oil reserves are diminishing--are we expected to fund our health system with that? Salmond is not very realistic in his promises. Then there is the question of the currency which has yet to be settled.  What's the point, independence with the Bank of England, which sets our interest rates?"

At 22, Sophie works full-time for the campaign for No to Independence. With a Bachelor's Degree in Biology from the University of Edinburgh, the young woman decided in the summer of 2013, to take "a gap year" to fully commit to the preservation of the Union. Luckily, she landed a job with the organisation, "Better Together," the alliance of the three main British parties against the proposed Scottish independence. Moreover, her commitment is not surprising because she is a member of Scottish Labour, the pro-union working party of Scotland. « When I still studied in Edinburgh, the campaign for the referendum had already begun. There I volunteers six hours a week for Better Together ». Her contract with the company ends in October. « I think that Scotland should stay part of the United Kingdom because we must look at things from a larger perspective. In being part of a larger group, we have better job opportunities. I believe that Scotland should enjoy greater regional autonomy, more devolution, and for example, we should have more powers to collect our taxes. I want more autonomy, yes, but not independence, which would challenge our membership in the European Union." 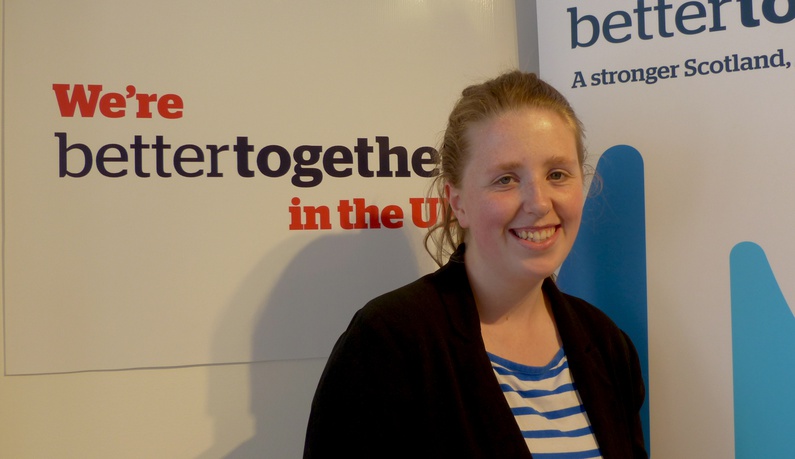 Among the confusion at the train station in Glasgow during rush-hour, Derek Wildman attempts to express his ideas in French. He is strongly against the presense of British atomic weaponry in Scotland, notably the nuclear submarine system called Trident, stationned at the base of the Royal Navy in Faslane, about 50 miles west of Glasgow. "It began with the Polaris program, which they launched in 1962, and then we had the Trident system. The UK should rid itself of this defense system. Neither Harold Wilson [prime minister from 1974 to 1976] nor Tony Blair closed the military base. Our taxes pay for these programs which cost millions each year. All that for four submarines which still rely on American approval to be used. For my part, I will be voting Yes. Not because I want Scotland to become independent but because if we come together in large part to vote yes, the British governement will be obligated to close to the base in Faslane. It is the only means of pressure available to force London to listen. We really need the Scottish people to stir up the hornet's nest. Even so, I am not convinced that the yes will win."

« We are more united than the English. » 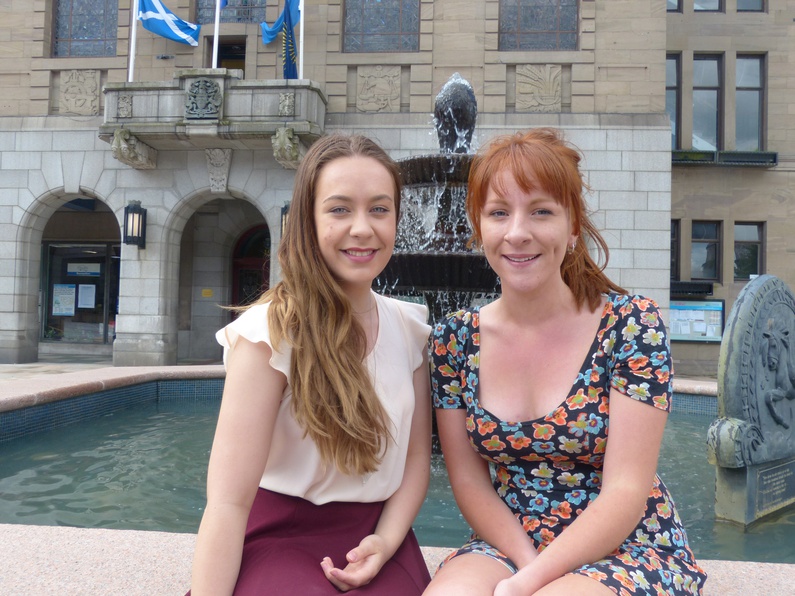 In City Square, the Town Hall Square of Dundee, two young women enjoy the noon sunshine. Dundee, former whaling port at the mouth of the river Tay, is today the fourth-largest city in Scotland. "We are yes-girls!" say the girls, both students at Edinburgh, friends from home. "The debate on the independence is centered mostly around money, the economy and currency. For me, that is not the most important," explains Vicky Main. "In fact, as we will not be independent, we do not really know how things will turn out. But what is certain is that Scotland has a more democratic education system than England. Higher education is more accessible and cheaper. Our society is more united, more attentive to women's rights. We want to defend it ». Jasmin Watt volunteers at St. Catharine’s Convent of Mercy, a nunnery that helps the homeless in Edinburgh. She rejects the politics of Westminster which attacks the poor and cut funding for associations like 'The Convent.' « Il y There are people who think that the Scottish independents hate the English. But that's not it at all, as far as I'm concerned.​ London controls the finances and control policy for the wealth. I don't want to be that type of society. I prefer a model like in Northern Europe, for example. With solidarity. Too bad if you must pay more taxes for that. In Scandinavia, it does not seem to be a problem."

Reporting by Jean-Michel Hauteville, across Scotland.

Find the second part of our report tomorrow, on the front page of the magazine.