Schengen: Slovenia and Italy help each other

When Slovenia became part of the Schengen zone on 21 December 2007, the 280km barrier separating it from Italy fell. It had been symbol of the iron curtain and the cold war that have divided Europe for decades

The city of Gorizia (or 'Friuli Venezia Giulia') celebrated the event just like Berlin in 1989 – celebrating its reunification. No barrier will ever again divide Gorizia and Nova Gorica ('Nuova Gorizia'), the Slovenian city created from parts of Gorizia in 1947 under Yugoslav communism. 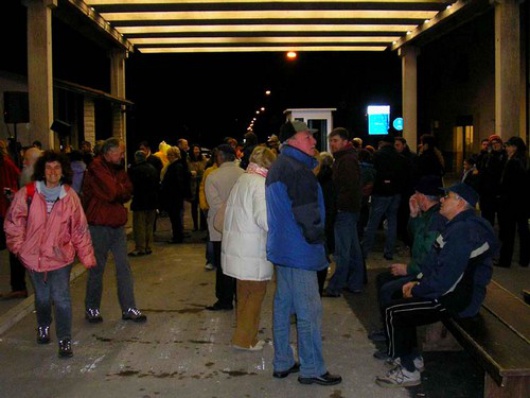 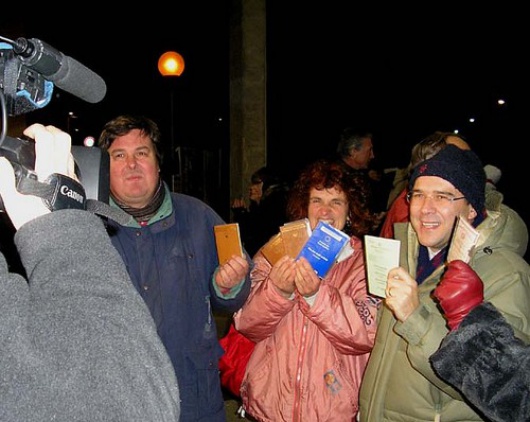 Despite the cold, lots of Italians and Slovenians have spent the afternoon together in celebration of this historic event to the sound of toasts, music, smiles and hugs 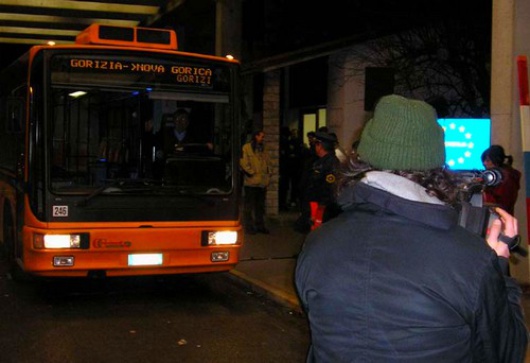 Slovenian and Italian citizens show their identity cards to local and national television cameras. A few minutes later, these allow them to pass through the last remaining border controls 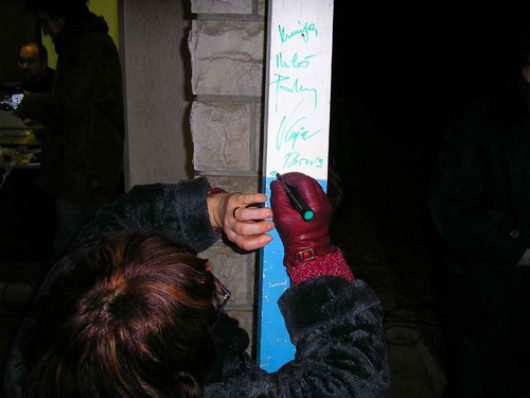 A woman signs the red, white and blue striped wooden barrier. These are colours from the time of Yugoslav communism and were removed before the clock struck midnight, even though border control was in operation until 12am 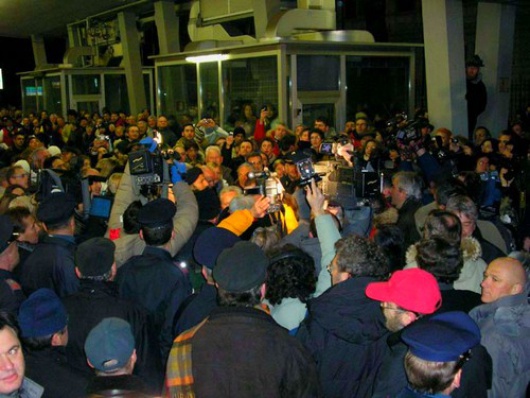 Under the emotional gaze of hundreds of Italians and Slovenians, the mayors of Gorizia and Nova Gorizia, Ettore Romoli and Mirko Brulc, permanently raised the barrier that has been a symbol of the east-west divide for the last sixty years