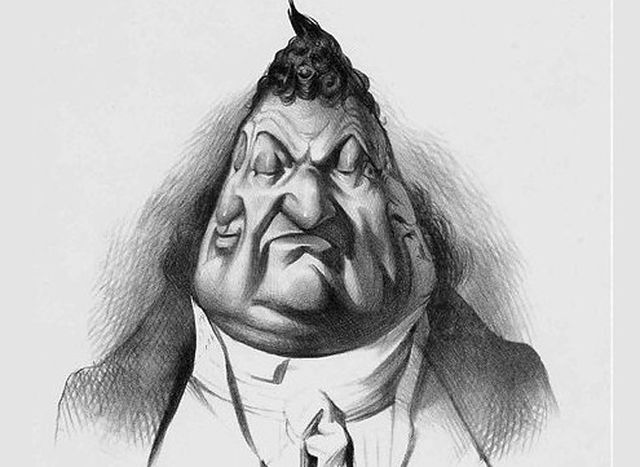 The meaning of laughter, humour and satire in European society

Only humans can laugh. Rolling in the aisles, cracking up, raising the roof. Snorting, giggling, shaking with laughter. All very human, right? Henri Bergson took exactly this approach in his famous analysis entitled Laughter at the beginning of the twentieth century. Laughter, he wrote, is an exclusively human activity. In the meantime, however, behavioural studies by biologists have shown that animals also laugh from time to time. Apes imitate facial expressions and can return a smile. Mice stimulate each other until they giggle very quietly.

What remains genuinely human is the ability to conceptualize, to laugh ‘at’ things, to create not just humour, but satire. Philosophers, linguists, psychologists, neurologists – scientists have been studying the phenomenon of humour since classical times. On closer inspection, we see that Bergson also concentrated his theses on the social phenomenon of laughing ‘at’ something, instead of on the neuro-physiological process of laughter, a contraction of the diaphragm. Now, in the early years of the twenty-first century, there are countless theories on humour. But a comprehensive explanation for such an everyday phenomenon is nowhere in sight – funny, isn’t it?

A shrug from Aristotle and Freud

Aristotle suspected that people laugh about others to assert their own superiority. But this theory of dominance can only explain one element of what really makes people laugh. Sigmund Freud, whose influence is still felt today by those attempting to define laughter and humour scientifically, described humour as a way of releasing inner tensions. It was Victor Raskin, of Purdue University in the USA, who came up with the GTVH – the General Theory of Verbal Humour, in the late eighties.

The impressive sounding theory reduces humour to functional linguistic contradictions. Following in Raskin’s footsteps, linguists have tried to order humour into logical linguistic structures, thus making it explicable, that is to say, predictable. A joke always has two components which basically do not match. They leave you in the dark until the point at which the tension is stupefyingly released. Cue laughter. An example from the comedian Karl Valentin, who as a contemporary of Hitler’s once mused, It’s good that Hitler isn’t called Kräuter. The listener hesitates, and ponders this seemingly meaningless statement, before Valentin continues: Otherwise we’d have to greet him with Heil Kräuter! (Heilkräuter Ger. - ‘medicinal herbs’).

Humour and jokes are semantically linked, and hence also to their native tongue. Satire and caricature, on the other hand, are subforms of humour. They are particularly sharp-tongued forms of expression of humoresque thought, often with political connotations and in all cases relevant to a certain time in history. Both of them use a mix of art and journalism to debunk absurd contemporary characteristics of a society in which they appear as a cultural product.

In other words, humour and jokes are often private. Satire, however, is public and reproducible. The great German philosopher Georg Friedrich Hegel wrote satire off in his work as something that neither produces truthful poetry nor truthful works of art. Although they make the pretence of being truthful, they in fact never penetrate as far as truth, but peter out in a kind of irrelevant swamp of vexation (for Hegel, at least).

Within Europe the culture of satire is very diverse, no thanks to such influential judgements. In sixteenth century Italy, the painter Annibale Caracci was creating such viciously ugly artworks that the term ‘caricature’ entered European languages (caricare Ital. – overload). In nineteenth century France Honoré Daumier produced many political caricatures, of politicians, industrialists and bourgeois. He was even jailed for a drawing of king Louis Philippe.

Satire and censorship – there are hardly two things more closely linked in the entire history of journalism, and in few countries does this disagreeable correlation have such a distinct history as in the German-speaking world. During the Weimar Republic, Kurt Tucholsky, Heinrich Heine and, last but not least, Valentin, were finally able to let off steam. Upon entry to the European Union, every country has to guarantee press – and thus also satirical – freedom. Since, as the renowned Tucholsky put it in one of his most famous articles once and for all, 'What can satire do? Anything.'