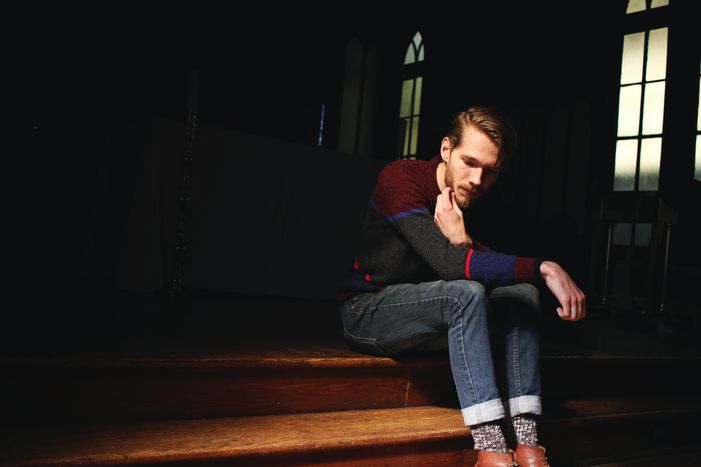 The Catholic Church is losing political influence in Spain, but remains very active in the country's social life. Cafébabel went to Madrid to trace the evolution of the Church over the past few decades and meet the priest of Saint Anthony; a church that's one of a kind.

It is 9 am in the LGBT neighbourhood of Chueca in Madrid. Outside the entrance to the Church of San Antonio on a red carpet, a dozen or so people talk while sipping hot drinks. Notices stuck to the front of the building read: "Free coffee, Wi-Fi, open 24/7, pets welcome, TV." Visitors can also freely use the toilets or change their babies' nappies.

Contrary to appearances, this isn't a hotel, but rather a church where both believers and non-believers are welcome. Inside the old building, modernity prevails: comfortable chairs sit alongside the purple pews to welcome visitors, who can watch televised mass live from the Vatican by the light of electric candles. Twice a day, "Padre Angel" – know as Angel Garcia Rodriguez in his day-to-day life – holds mass. In the morning, those in need can come drink a coffee or a fruit juice. In the evening, they can come back for a sandwich.

One step ahead of the journalists

The church opened its doors this spring after 20 years of closure. "This is my life's dream," says Father Angel with a smile on his lips, after the 9 am mass, the good-natured 78-year-old talks kindly to visitors, "I had to wait 78 years to get to this point. This is also the first church run by Messengers of Peace..."

Before being the church's priest, he founded the organisation Messengers of Peace (Mensajeros de la Paz) in 1962, an NGO that helps the disadvantaged.

Ana de la Calle Gijón, the Communications Manager for Messengers of Peace, speaks highly of the Father's qualities: "There's only one in a million like him! He is faster than journalists when a catastrophe happens. He's always been in the vanguard. And he also has great media power..."

When the first migrant boat was shipwrecked off the coast of Lampedusa, the first Spanish journalists to arrive were astonished to see that Father Angel was already there. The Spanish media also regularly seeks his opinion on social matters. 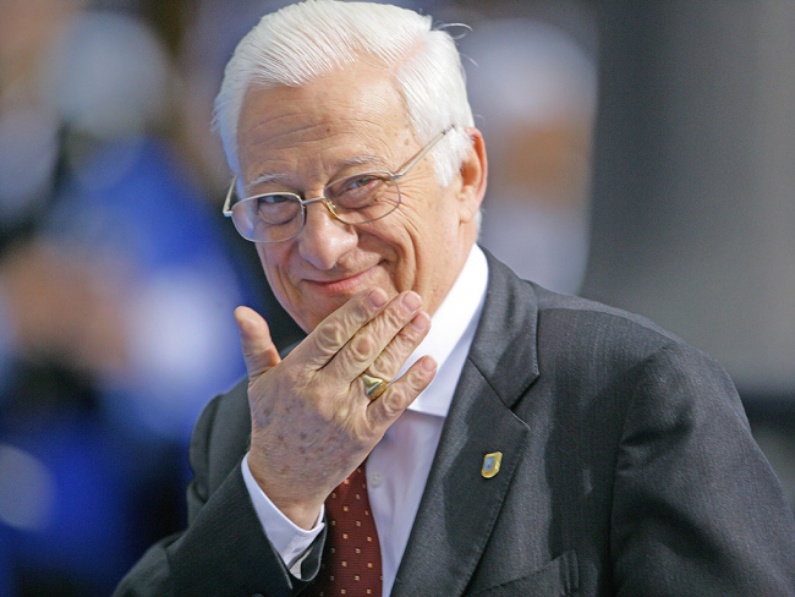 The Church of San Antonio is not just a religious space, but also a cultural and social centre. It has, for example, organised a photo exhibition on the subject of the elderly: "It is to show that these people are still alive," explains Ana, "That they have feelings and emotions, that they laugh and cry..."

Pope Francis is everywhere in the church: on the facade, on a petition in his support, on TV screens. Saint Anthony is the patron saint of animals and – on 17 January – Father Angel christens animals such as police horses or animals in the zoo... as well as cars.

San Antonio is situated in the gay neighbourhood of Madrid – a symbol in and of itself. If gay couples ask the priest to marry them, he is unfortunately not officially allowed to do so,  but he will not hesitate in giving them his blessing. "If I bless cars, animals and so on... why should I refuse to bless two people who love each other?"

As the influence disappears, so the privileges remain

During his 2004 electoral campaign,  José Luis Rodríguez Zapatero (PSOE) promised to make gay marriage legal. A year after becoming head of the Spanish government, the former prime minister kept his word: "This measure was close to his heart," assures Ricardo Parellada, a philosophy lecturer at the Complutense University of Madrid, "There were a lot of protests from the church and the Popular Party, but it's now no longer an issue."

Why? Because "around 70% of the current population is in favour of gay marriage," confirms Fernando Amérigo, Head of the Church Law Department of the same university.

"Thank God, the church is losing its power in politics and gaining more of it in social life," says a delighted Father Angel. The influence of religion on groups and organisations could not be more obvious in Spain. The biggest Spanish NGOs were founded on Christian values: Caritas, Messengers of Peace... and even Oxfam!

The latter, an international NGO, first came to the land of Cervantes by merging with a Jesuit organisation, Intermón, which was active in the field of international development. It is still called Oxfam-Intermón today.

Francisco, 42, originally from Saragossa, goes to four Catholic organisations to get food every day. "I depend on charity organisations," he explains at the entrance to San Antonio, "I am a believer; it is God who shows me the way. I come here to establish links."

Even though the church is losing political influence, it still enjoys unique privileges. For example, some 0.7% of taxes go to the Catholic Church. Of this amount, 90% is used to pay clerics. Taxpayers have several options: they can give money to the Catholic Church, to social organisations, and/or do nothing. Other religions do not enjoy such favours.

Henri, 70 years old – a homeless person of Palestinian origin – comes every day to get his sandwich from San Antonio. "The church received 800 million euros last year," he explains, "It's marketing, a kind of propaganda to keep the church going. The church is cheating because it's the state that's actually giving it the money." 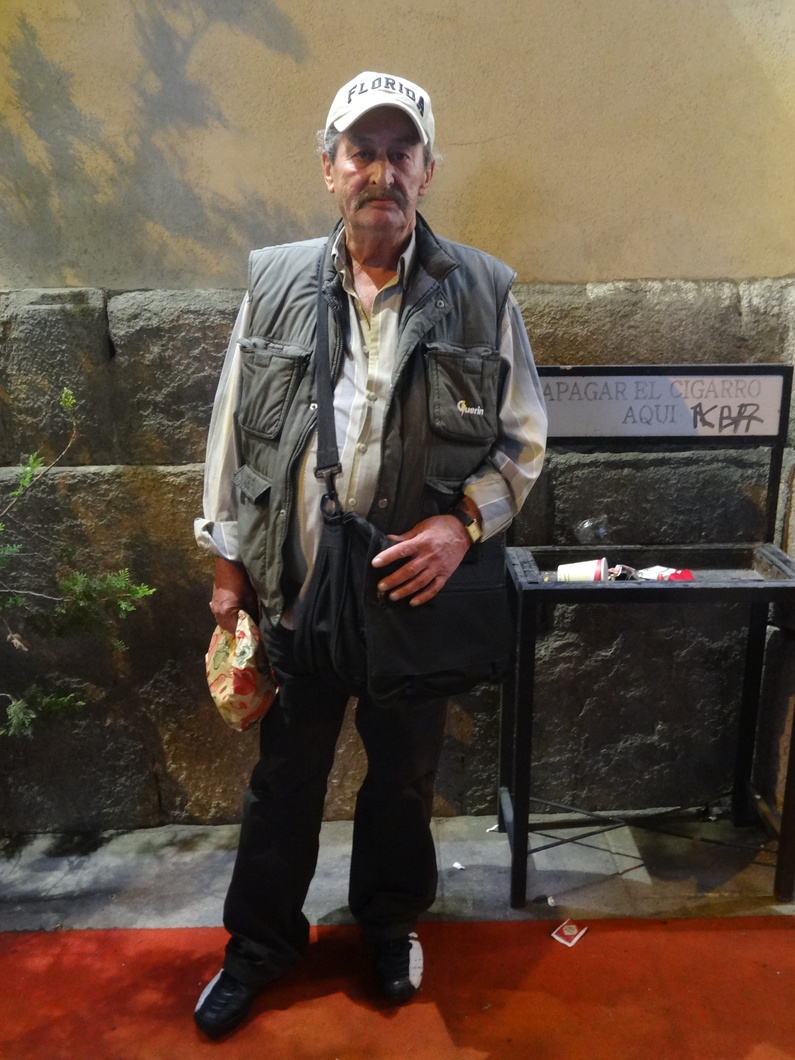 Besides tax advantages, "it is the church that decides on lecturers and the content of school courses," explains Fernando Amérigo, "the state has no say in it."  After a series of changes in the school curriculum, the Prime Minister, Mariano Rajoy, took measures to fight the drop in the number of pupils who take religious studies.

"Religion did not used to be part of pupils' assessment," Fernando continues, "Now they have to choose between religion and ethical values. Those who choose religion are sure to get good grades, which further opens the door to universities."

The Church of San Antonio stands as a symbol in the Spanish Catholic landscape. This is the first time that Messengers of Peace have their own church, a token of the Catholic movement drawing closer to social life. Even though it keeps some of its privileges, the Church is losing its political influence. It will need an excellent Wi-Fi network in order to get it back.