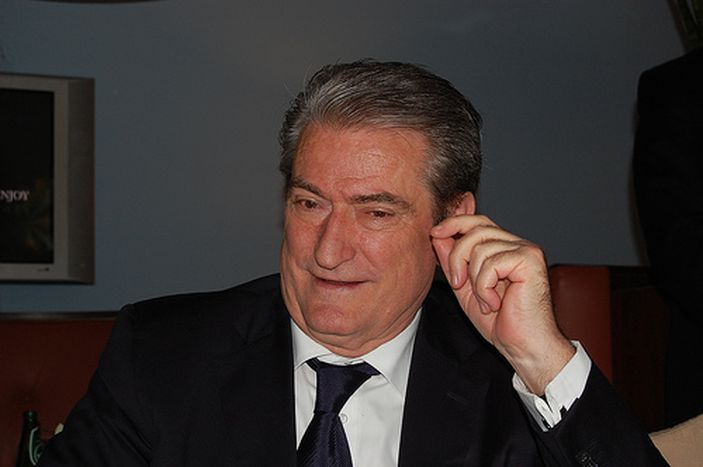 Sali Berisha: 'We are going to win the elections because Albanians are smart people'

The Albanian prime minister, 64, announced his country's official EU membership bid to the Czech presidency of the council on 28 April 2009. In Warsaw, the lively PM talk elections, internet and the EU at the two-day congress of the European people's party (EPP). Albania is one of its six non-EU members*

'My country is the lowest fiscal burden country in Europe!' Sali Berisha is exclaiming at the second day of the EPP congress in Warsaw, between 29 and 30 April. 'Please! Tell your investors to join my country!' Why not; his country will one day join the EU. Interview.

At this congress, French deputy prime minister Francois Fillon has repeated that the future of the EU is not further expansion. Did you feel Paris and Berlin hesitate about your Tuesday bid? Who are your allies in the EU?

In general there has been strong support from centre-right parties in Europe. If I took the step I took the step thanks to this support. We don't have any evident opposition. Both (France and Germany) were supportive. I asked before I started the procedure.

Croatia is next to set to join the EU in 2011. It's a classic question, but is 2015 a realistic date for Albania to enter?

For that I have a classic response. The date is always not as fast as I want but faster than I foresee.

Over to the Balkan region. Neighbouring Greece supports your EU membership bid...

...but if tensions between Serbia and Kosovo escalate again (the latter celebrated its one year anniversary of independence this February), would it affect your accession progress?

There is no reason for tension between Serbia and Kosovo to touch Albania at all. But these relations are a problem for the region. Their best interest is to solve this question. Kosovo is now a clear reality. Realities should be accepted, not denied or treated based on your perceptions.

In 2005, Albania suffered very difficult elections. On 28 June, you are holding general elections which are a key condition to join the European bloc. Will they be free and fair? 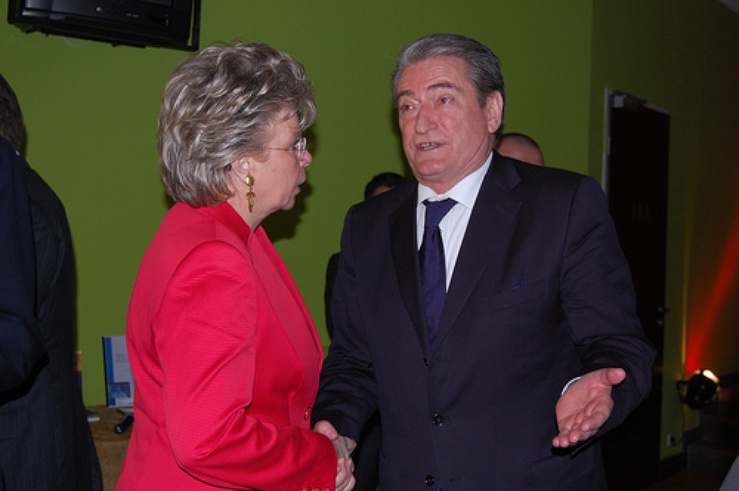 (Interrupts animatedly) This year there will be excellent elections. It's my intention. Four years ago we faced walls. Now we face horizons. I was opposition at that time but now I am in the government, and I am governed by myself. I am doing the very best to ensure my nation votes free and fair. My nation deserves that; and also - myself. It's an absolute legal and moral duty to deliver that. I invite the EPP to be foreign observers! We need that!

We have a totally new infrastructure: there are electronic electoral lists, electronic civil status registers, ID cards and new passports. There have been some disputes from the opposition; two days ago we had a consensual discussion about their distribution. I have zero tolerance about organised crime; corruption is a cancer. These elections are going to be free and fair and I am very happy.

On 1 April you entered the western military alliance of Nato, and within the month, you presented your EU bid.

April was a very very special, extraordinary and historic month for us.

How tactical was it?

Firstly, I waited until the EU 27 nations had voted our stabilisation agreement without any hesitation in their countries parliaments. Secondly, we were definitely working closely with the EU in Chad and other regions, wherever the EU was. Thirdly, I applied at the beginning of January because of Montenegro (whose EU application bid was presented on 15 December 2008 - ed). I didn't want there to be such a charged agenda. Everything was done with full consensus. I am very grateful to the Czech presidency and everyone who supported us. The opposition asked me to present the bid during the French presidency of the EU (between July and December 2008 - ed), but I told them I would not because I was waiting for full ratification (of the stabilisation and association process, SAP) in 2008.

But then the EU too was sending you a message to wait until after your parliamentary elections to make your bid....

Well I am sending myself a message. I myself am telling Albanians that we must deliver a free and fair process so the door is open and we can resume our case. 96% of citizens are pro-EU and have reacted positively.

Lastly, where will you be during the European elections?

This is my last trip abroad. I will be campaigning in Albania and watching the elections on TV. Many satellite parties are winning these elections. I will be continuing my own election agenda.

*Albania, Turkey, FYROM, Georgia, Croatia and Ukraine are the six non-EU members of the EPP