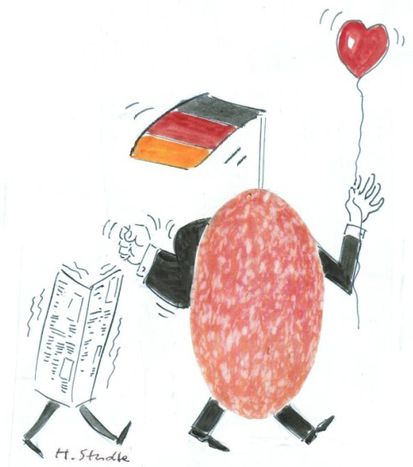 Salami strategy: the art of ‘wullfing’

With its Hungarian origins, this sausage of a saying provides European inspiration to help the German head of state Christian Wulff worm his way out of the current corruption scandal

One can’t help agreeing with German twitter user 71 MTim who says: ‘I can’t take any journalist seriously if they use the phrase salami strategy (‘#Salamitaktik’). Sorry.’ Over the last few weeks, the originally Hungarian expression has been used a little too often in the German press with columnists discussing the corruption scandal surrounding president Christian Wulff. The phrase was coined in the 1940s by Hungarian opposition politician Zoltán Pfeiffer to describe the communists’ gradual assumption of power through the use of ruses. ‘Bit by bit’ the communist party swallowed smaller parties or banned them altogether. At the insistence of Matyas Rakosis, the Hungarian general secretary of the communist party, the phrase was then used to describe other European countries, and the French tactique du salami, British salami strategy, Italian tattica del salame and Polish taktyka salami were pieced together. 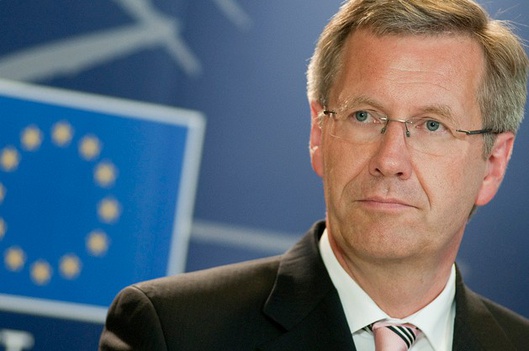 The turn of the year in Germany saw federal president Wulff serving the media salami slice by slice in the form of the truth about his extremely good-value property credit of 500, 000 euros (417,119 pounds). Only when the press brings new, controversial details to light does the president admit this or that failure and so attempt to worm his way out of the affair. The former German defence minister showed us how this works in 2011. In the scandal concerning plagiarism in his doctor’s thesis, Karl-Theodor zu Guttenberg turned to the remarkably similar drip, drip, drip approach which he had probably learnt from American marketing books – and yet still ended up getting left out in the rain.

In contrast, president Wulff has so far managed to keep his head above water by sticking to the salami tactic. Perhaps he’s a new fan of the full-bladder-technique of British prime minister David Cameron, who sat through the entirety of the last EU discussions so as not to miss a single second of the discussions about the European fiscal union - despite having drunk rather too much coffee. The result was a British veto and angry EU voices about the islanders’ ‘splendid isolation’. So perhaps the French tactique de l’artichaut (artichoke strategy) would be better? It’s a tactic that the French sometimes use with a sprinkling of populism when dictators try to penetrate through to the artichoke hearts of their people …

However, Wulff doesn’t need to look this far for inspiration. His bit-by-bit style of communication has already spawned a new German verb – wulffen ('to Wulff'). Anyone who ‘wulffs’ tries firstly to intimidate the press so that journalists don’t divulge compromising pieces of information. ‘Wulffing’ also comprises not entirely admitting the truth while at the same time not quite lying. Let’s just hope that not too many European heads of states imitate this one.