The attacks on New York and Madrid have shown how vulnerable Western democracies are to terrorism. But our reaction to them must be tempered so as to not erode the very democracies we seek to protect 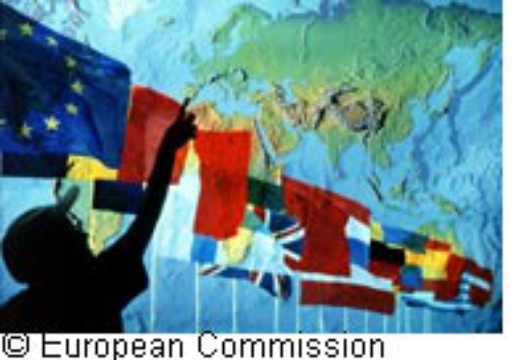 The attacks on Madrid one year ago struck not only at the heart of one of Europe’s most cosmopolitan cities, but at the very heart and soul of every free European. This was not because Europe was unaccustomed to terror attacks; indeed many of us have grown up with sectarianism and terrorism never far from our doorsteps. Yet unlike much that had gone before, the train bombs - 30 months to the day after 9/11 - represented a new spectre of terror in Europe in that they aimed not at achieving tangible political goals but at the very destruction of our civilisation, values and democracy. Europe was under attack, and the line between internal and external security was immeasurably blurred.

Following 9/11 it was vital that the EU member states, both at a Union and domestic level, addressed the new and serious threat posed by terror groups such as Al-Queda. To this end, the Laeken European Council in the months after 9/11 produced a Common Definition of Terrorism (CDT). This was clearly essential, not just to show solidarity following the attacks on the US, which had claimed European victims, but also because the question of what constitutes a ‘terrorist’ is a very intellectually fraught one. Also agreed at this meeting was a proposal for a European Arrest Warrant (EAW) to speed up extradition procedures between member states. Although already in the pipeline since Tampere in 1999, the events of 9/11 gave the measure fresh impetus. The EAW aimed at improving cooperation not only for the prosecution of terrorism but also offences related to its commission, such as sabotage and money laundering. These measures showed that European states were keen to cooperate and trust one another in order to counter the threat from global terrorism.

Yet the zeal shown in adopting these measures did not equally translate into practice. The problem with the principle of a CDT is that it does not account for the differing perceptions of the threat across the EU. Hence the matter is higher up on the agenda in states with a history of terrorism like the UK and France than in, say, Finland and Sweden. This is particularly worrying given Al Qaeda’s tendency to attack ‘soft’ targets, as shown by 9/11 and Bali. Furthermore, the adoption of the EAW has been protracted with only a handful of states actually meeting the January 1st 2004 implementation deadline. After Madrid, Brussels urged those states lagging behind to adopt this measure but, despite this, it has still been subject to prime ministerial veto in the Czech Republic, Constitutional concerns in Germany and it is uncertain whether Italy will adopt it at all!

This is surely not consistent with EU members purporting to cooperate with one another to fight terrorism, and somewhat devalues the legacy of Europe’s response at Laeken. Whilst a European approach is welcomed, it is only effective if matters are not subsequently addressed subject to nation state politics.

Protecting democracy by eroding its values?

Along with the problems with the EU response there are also concerns over how certain member states seek to fight the terrorist threat. Whilst there is a clear need for enhanced security to protect citizens, it is important that this is not done to the detriment of civil liberties and fundamental rights. In the time that has passed since 9/11 and then Madrid, the protection of citizens and suppression of terrorist organisations has never been far from the top of the political agenda. In the UK the government has taken the unprecedented step of derogating from obligations under the European Convention on Human Rights (ECHR) in order to detain, without charge, foreign nationals suspected of plotting terrorist acts. Of course even the staunchest of libertarians would agree that those who are a threat should not be free to commit such heinous crimes. But we also live in a democratic and civilised society and thus those suspected should be charged, promptly brought to trial with the presumption of innocence until their guilt is actually proven. This practice was ruled illegal in December, yet it has now been replaced with plans for an equally onerous scheme of house arrest. The terror threat facing Member States has also allowed schemes for biometric passports and ID cards to gather pace, even though their value in fighting terrorism is deeply questionable and they threaten to further erode civil liberties.

Our leaders affirm that Al Qaeda seeks to undermine and destroy our democracy, but in protecting citizens and prosecuting the ‘war’ on terror it is important that we do not erode the very values of liberty, equality and justice upon which such democracies were established and our very freedom defined.