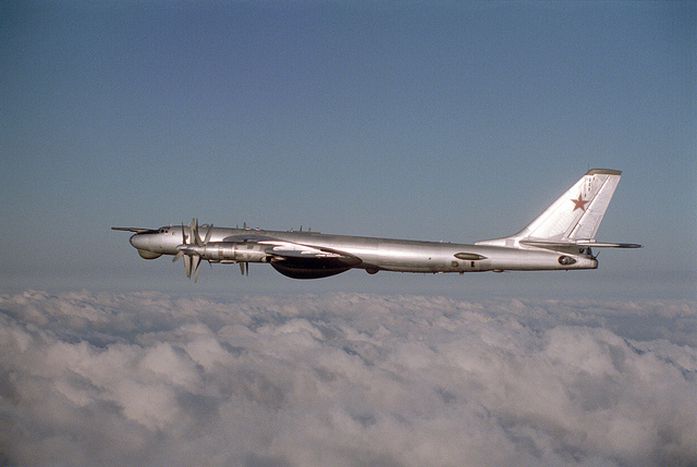 Not once, not twice, Russian aircraft was seen and intercepted by several European Air Forces. What is Putin up to?

The announcement came from NATO but also from several European governments who had to prepare their air fleet in reaction to security measures after a large number of Russian aircraft were seen flying close to European airspace two days in a row. However, there were no actual incursions into national space which would have severely amplified the seriousness of the incidents.

According to Jay Janzen, a spokesman for NATO’s military command in Mons, Belgium, the unusual activity took place on the 29th of October in Western Europe, when four Tu-95, strategic nuclear bomber planes, and four Il-78 tanker aircraft flew over the Norwegian Sea.

Norway immediately sent F-16 fighter jets to intercept them. Six of the planes flew back to Russia but the other two Tu-95 skirted the Norwegian coast, flew past Britain and finally looped west of Spain and Portugal, attracting Portuguese F-16s. Afterwards, the two Russian bombers appeared to return to Russia. The defensive reaction was composed by Norway, Britain, Portugal, Turkey, Germany, Denmark, Finland and Sweden.

Provocative behaviour? This is happening at a fragile moment between the West and Russia – probably the worst moment of their relationship after the Cold War – and the European community was taken by surprise with these sudden movements perpetrated by Russia.

As a response to Portuguese media, the Russian embassy in Portugal declared that the aircraft was respecting all International Law norms, and hadn’t entered foreign or restricted airspace. According to the embassy, International Law norms do not foresee any restrictions and they do not require giving pre-warnings regarding airplanes flying over international water.

The Portuguese Defense Minister noted that “the interception was not in national airspace but in airspace under national jurisdiction,” said José Pedro Aguiar-Branco.  On the other side of the Atlantic, U.S officials assumed the flights were a show of force by Putin’s government.

This all make us think about our real security and freedom. Power game or not, Russia is now under observation and after all these mysterious incursions, we can assume that relations between West and East will be even harsher with Russia being the target of repeated criticisms and sanctions and shamelessly ignoring them.