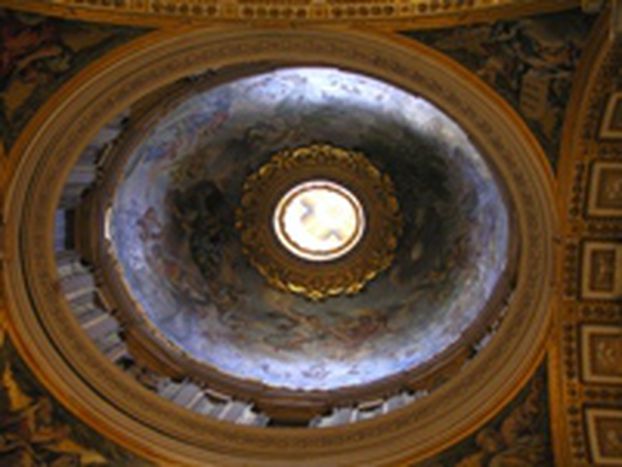 Being a geographical centre, Rome traces its own road in balancing the contradictary identities that flow in from the north and the south

Born in Milan, 24-year-old Marcello left the comfort of his family home, his friends and his studies at Milan's Bocconi University, to taste the Roman 'dolce vita' (good life). It's a path literally less taken by northerners. In Milan, people wryly comment that Rome would be a wonderful city… if there weren't any Romans in it.

'For me, the Romans seem more spontaneous and less impregnated with the utilitarian spirit than the Milanese,' explains Marcello. 'Here, people take their time to have discussions at the bar. In Milan, everyone has to be productive.' You'll get an idea if you watch how people grocery shop, continues Marcello: 'in Rome, people go to the market and the 'alimentario', the little grocer's shop on the corner. In the north, on the other hand, small businesses have been swallowed up by the commercial centres situated on the outskirts.'

For many, Rome possesses the grace of southern cities: extroverted habitants, an ideal climate, terrace cafes where people love to linger. But that doesn't mean it escapes from other southern idiosyncrasies: noisy streets, chaotic trafic and boutique stores open at odd hours.

So many characteristics which Mario, from Sicily, has not had any trouble to adapt to. This 27-year-old graphic artist grew up and studied in Syracuse. He went to Rome on the spur of the moment decision, inspired by the 'colours of the city. In Sicily, everything is yellow, burnt by the sun. What I like about Rome, it's predominantly green.'

However, not everything is rosy in Rome. Confronted by the exorbitant rent prices, Mario was forced to lived at his friends' house for six months, on a balcony arranged for the situation. Today, Mario leads a hectic life in the capital. 'Rome is lively at every hour of the day and night. That doesn't happen in any other Italian city.'

Seeking out a path

It's this same search for a more cosmopolitan life that has pushed two Polish immigrants to move to the capital. 'Young people who go out in Sicily have a tendency to follow the big commercial tendencies. In Rome, it's easier to follow your own path,' says Mario.

'In Milan, going out seems a very fossilised affair,' says Marcello, going one better than the homologous north. 'You have to dress a certain way to go into certain bars or nightclubs. In Rome, etiquette is more important than base appearances.'  With a flatter tone however, he says that 'Rome has the tendency to imitate Milan. Romans are beginning to use phrases like, 'I'm doing business' or 'we're going for brunch.'

As the capital of a young country, Rome also symbolises the bureaucratic state. 'For Milan, Rome represents the taxes and the omnipotent state which attempts to scrutinise the north,' says Marcello. For the south, Rome is the friend who redistributes the country's resources.

For many decades, Rome welcomed the poorest migrants; those who, coming from Sicily or Apulia, couldn't pay for the train to Milan or Turin. Historically, Rome was constructed by the northerners, but populated by the southerners. 'Before Italy's unification, Rome was just a big village,' recalls Professor Zocconali.

'The Rome that we know today had been built from the beginning of 1870 by the Piedmontese around Termini station.' But they did not stay there, taken by the whirl of the industrial boom in the North. 'On the other hand, the southern inhabitants presented themselves en masse to contribute to the public function, understanding that it could offer them a ladder to climb socially.'

Today, Rome welcomes a new northern migration composed of high officials, artists and business magnates. The configuration of the capital reflects the territorial division of the country: to the north, the chic suburbs attract immigrants to luxury; to the east and south are the ghettos where the peasants originate from Abruzzo or Calabria.

In the economic landscape, Rome acts its part. This metropolis has never known industrialisation. Since 2001, Rome has grown 6.7%, while the percentage the rest of the country slugs behind at 1.4%, and displays an unemployment percentage of 7.3%, inferior to that of numerous European colleagues. For Professor Zocconali, 'Rome is neither from the south, nor from the north. Today, it is a global city.'