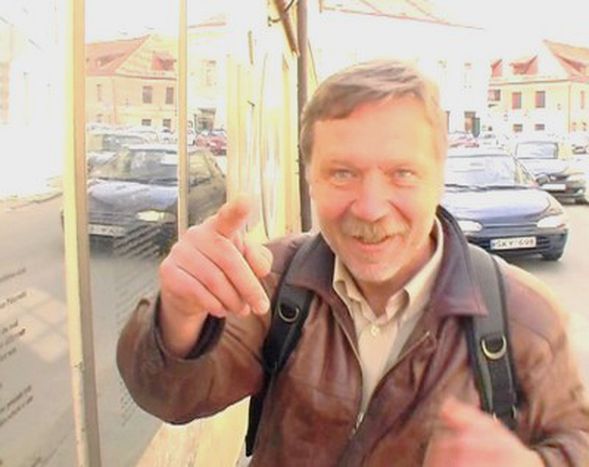 Romas Lileikis on how 'man has the right to laziness'

Drumroll for a president like no other: with great vitality, he directs his own republic, the district of Užupis. The 'Lithuanian Montmartre' of Vilnius declared independence in 1997, and is much like Christiana in Copenhagen

The story fascinated me immediately. What can be more strange than an independent and rebellious republic situated right in the centre of Vilnius, which is one of the two European capitals of culture 2009 (alongside Linz in Austria)? As soon as I set foot off the plane, I am sat on the terrace of the Užupio café, beside the river a few meters away from the bridge that marks the entrance of the district. It's the café where the state was once born. Across the table from me sits its hardly typical president. With his three-day old beard, leather jacket and piercing stare, Romas Lileikis is a well-recognised figure around here. Once a Vilnius native, he was the driving force behind the creation of the Užupis republic. He created it one evening in 1997, tired of the 'destruction and decrepitude' of the place.

'To overcome death, you have to be creative'

Was this the decisive element? This façade on the central square carries the soviet inscription the 'street of death'; a symbol which has affected him and made him determined. 'To overcome death, you have to be creative,' he explains. The place is very innovative and anticonformist. Užupis, meaning 'beyond the river', is opposed to two things according to my interviewee: 'the aggressions whether they be physical or mental', as well as the 'lack of freedom of expression'. 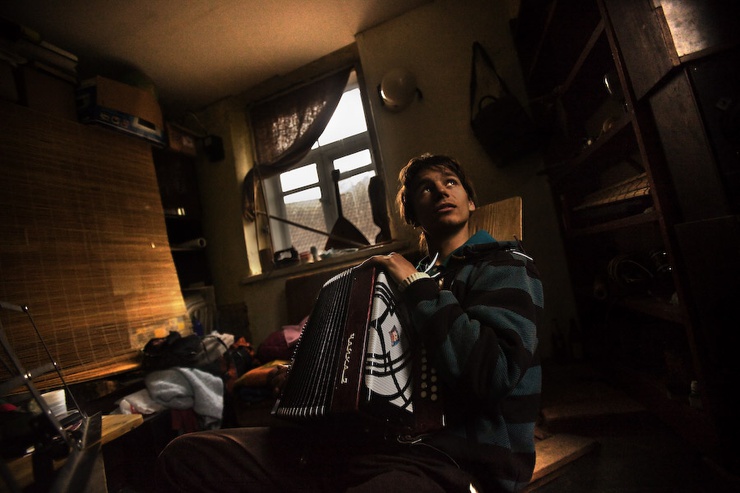 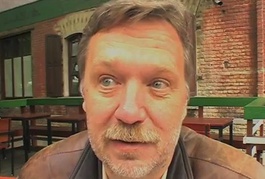 Soon after, I think to myself that Lileikis could be the star of a Emir Kusturica film, a director who has the gift of imagining highly colourful characters, to tease and to be a little provocative. The history of this state itself greatly resembles the wacky storylines of the Sarajevo-born director. Užupis has all the attributes of a republic. It has its own flag with four colours, each to highlight the changing of the seasons. It has its own calendar which the various annual meetings are part of, alongside the annual 1 April Užupis Festival. It even has its own hymn, 'a way of knowing where we are and who we are,' Romas Lileikis explains.

But the comparisons between Lileikis and Kusturica do not stop there. The two men are both jacks of all trades. Lileikis, like Kusturica, is a musician and a director. Amongst the Lithuanin’s works are two documentaries praising the work of the district and two black and white films each full of utopian visions, of beauty and of poetry. The first film K+M+B (2001) follows the birth of the republic, while the second film addresses the daily lives of its habitants. 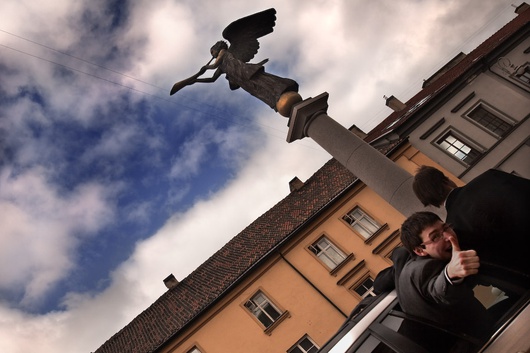 But the man does not want to be a hero. Lileikis hardly appreciates his sudden celebrity status, nor the requests for interviews, nor even the comparisons with the 'Libre Commune' of the self-managing, hippy and rebellious Christiania district in Copenhagen. 'This republic is not here for tourists, but for welcoming travellers.' Well, the district is effectively becoming well-known, perhaps too well-known. It almost borders the 'chic' with its art galleries. In three days, I have seen numerous groups of tourists cross the bridge. But numerous youngsters have also told me that the district is losing its charm, losing its original spirit, 'even if 1 April is a great festival,' confides Sasha, a Belarusian student I meet in a Vilnius park. 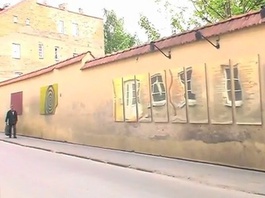 Visitors here are often surprised by surprises, and discover that the republic has its own honorary citizens such as the Dalai Lama, who seems to embody the pride of the Roma minority. As elsewhere, Užupis has a hundred or so ambassadors dispersed all around the world. In the district however, the population is diverse; there are businessmen, 'rich men', but also artists: 'The republic is paradoxical,' says Lileikis, before going on to explain that to live here requires a responsible commitment on the part of the habitant.

My glass is now empty and the interview is drawing to a close. Lileikis agrees to show me a bit of his republic. He first leads me towards the imposing statue of an angel which stands in the main square: 'a way of showing that things are based upon ideas, rather than on money.' In 1997, they had in effect planted a tree and then a little egg, a symbol of growth. Romas proudly explains  that he only had 25 cents in his pocket at the time of its inauguration and it took six years to erect the sculpture.