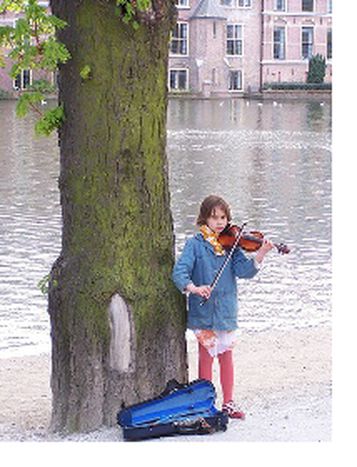 Romanian child trafficking: at the crossroads?

As UNICEF publishes its annual 'Women and Childhood' report on December 12, we look at the ignorance surrounding child suffering

‘There's a general ignorance of what child suffering is,’ claims Lorne Walters. For five years, this independent researcher specialising in the mistreatment of children has also been a consultant for several organisations in Belgium. According to the figures of the United Nations High Commission for Refugees (UNHCR) in 2000, 50 000 children were left to fend for themselves across Europe.

Who are the children who beg on the streets of European cities?

Half of these homeless children come from Greece and countries from the former eastern bloc: Albania, Slovakia, Romania and Russia. These countries used to have social security systems which gave everyone food and a roof over their heads. After the break-up of the Soviet Union in 1991, they experienced a dramatic drop in welfare standards. Today, children are sold, kidnapped or abandoned to be then snatched up by mafia networks. Begging as well as paedophilia, pornography, organ trafficking and prostitution are profitable businesses - and children are considered cheap merchandise. Romania is in danger of becoming a crossroads for these networks.

So economic and social factors are behind these networks?

It's when poverty combines with a particular kind of crime, which goes beyond drugs and weapons. There's no distinction between the different kinds of trafficking - it's like a bank account in which money flows in one direction or the other. Traffickers act like efficient businessmen. Homes in which children are victims of domestic violence certainly provide for the trade in children : some parents are driven by their frustration to shouting or striking their children. Sometimes, this can even go as far as the sale or abandonment of the child.

How are governments reacting to the situation of young beggars?

In most European countries, this is an underground phenomenon. Since the victims, terrorised, don't want to speak, we notice a xenophobic reaction. People dismiss them as ‘people who come from abroad; as long as they keep it to themselves, there's no problem.’ European legislation, since its ruling of 19 July 2002, obliges member states to react. In France, Nicolas Sarkozy wants to introduce a law against delinquency to outlaw begging by adults with children under the ages of six in the Metro. So what about at the age of seven? Is it acceptable then? It's a serious legal loophole.

How should the problem of child begging be tackled?

Even though this is a political and economic problem, we don't have any statistics available. 90% of those who use to children as a means of persuasion to give money are victims themselves, forced against their will by third parties. In Belgium, incitement to beg with a child is considered an aggravated offence, punishable by 10 years in prison. It is modern slavery. It is not even known if those who are begging are the parents.

So do you think a crackdown is the solution?

Nobody wants to use force. But it's the only way to take these people from the claws of their persecutors. According to a 2006 report by UNICEF, between 6, 000 and 14, 000 young people have been victims of trafficking in Albania. The phenomenon is getting worse everywhere. However, there is currently a legal gap which allows international crime. It could even be speculated that those in power may be corrupt.

There is a general ignorance about what child suffering is. We beg the first question; why create rights on two different levels - those of humans and those of children? It is time to investigate, to inform the public and to make money available to tackle the problem.

For decades the poorest areas of the world have been confined to Africa and Asia. Zofia Dulska, a communications specialist for the Polish National Committee for UNICEF, says this does not mean that children in Europe don't need our help.

What is the situation of children in Europe?

Of course it is a considerably better situation than that of children in developing countries. You can’t compare the two. For example, the mortality rate of children under 5, or children’s access to education are not matters which provide great cause for concern in Europe. But there are still a lot of ‘invisible children’ who need our help.

All over Europe there are incidences of violence being used against children, including very young children. And these instances always come out of the blue because no one, not even friends or neighbours, ever suspected that such a tragedy could take place. These children desperately need someone to take notice of them.

In some countries, there are serious problems with ethnic minorities such as Romany or gypsy communities. The major problem with these groups is a lack of access to education. Girls are not sent to school and often get married when they are still very young. This is not just a minority problem. It is a European problem, since the same is true for the Muslim minorities in Western European countries, although fortunately this is not our main area of activity.

Are there any examples of positive child employment which would not be classed as child exploitation?

There is no such thing as positive child employment. According to UNICEF’s data on child employment, 246 million children work. Of these 246 million, 171 million work in jobs which are harmful to their health and their life. Obviously a lot depends on the culture the child is living in. There are cultures where children help with the housework and this kind of work is perfectly acceptable.

On the other hand there are places all over the world where children’s rights are violated, where children don’t get the chance to go to school because they have to work, or where children are sold for money, like those children from Asian countries who are sold to Persian Gulf Arab states, where they are forced to work as camel jockeys. This is obviously a violation of the children’s rights conventions. If this can be classed as a form of employment, then it is certainly not an example of positive employment. Having said this, individual cases obviously need to be considered separately.