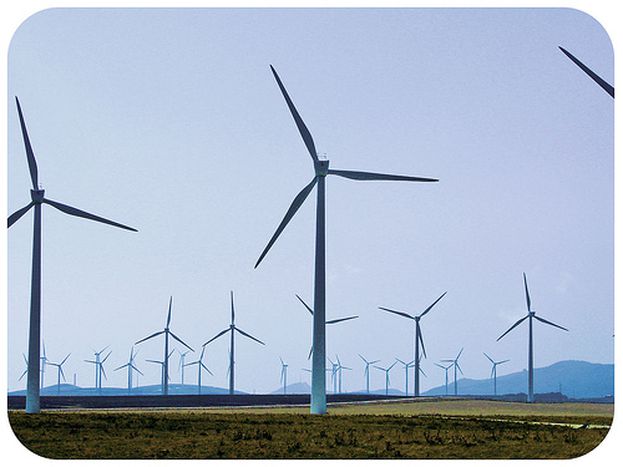 Romania: A tale of winds

Wind powers 6% of Germany’s households, 9% of Spain’s electricity consumers and nearly one-fifth of Denmark. Four years now the wind business has reached Romanian ground and is now demanding its share of the market.

Contrary to all expectations, Romania does have a tradition towards alternative means of producing energy. Its broad network of rivers and streams has allowed the construction of numerous hydro plants along the waterways, with as many as 30 on the river Olt and the largest and most productive being operated in partnership with Serbia at “Portile de Fier” (The Iron Gates) along the Danube. These sources comprise around34%of the countries total electricity production. Nevertheless, wind farms were something completely new to the Romanian scenery four years ago. The first operative station was erected near Ploiesti, although the only real profitable areas are to be found at the Black Sea coast or high up in the Carpathian Mountains, as suggested by the National Meteorology Administration’s expertise. 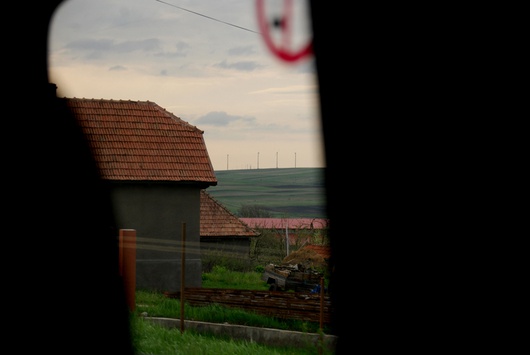 As we catch the first glimpse of the four windmills installed near the pitoresque village of Tureni, Transylvania, the bus driver seems somewhat unimpressed: “Europe’s getting all over us. Eventually we’re all going to tag along” he tells me. Tureni is a small community of both Romanian and Hungarian ethnicity, situated 20 km away from Cluj-Napoca, the county’s first city. Entering the village, poverty strikes the visitor and one might ask himself, weather it’s Aeolian provided electricity that these people need, or rather pavement and a decent sewerage system. Agriculture is the main occupation around here, whereas most of the roads are covered in dirt and horses are still used for transportation. Nevertheless, everyone’s eager to point out directions to the windmills, as if they would be some local pride of theirs. The turbines lie on a hill adjacent to the village. A mud road leads you there.

The windmills were installed some 9 months ago by a group of local investors labeled “E Market SRL”. Since then, one turbine has already been put out of order, due to malfunction, whilst the other three are still waiting for the necessary paperwork to get the business connected to the national power grid. Head of the Regional Meteorology Center Cluj (CMR Cluj), Marius Sanda, has toadmit: “In this region, wind only gets profitable along the mountain peeks. The village of Tureni isn’t situated in such an area”. Even so, investor Octavian Manastireanu isdecidedto extend the capacity of his small wind farm from modest 0.3 MWh to 2.5 MWh: “We’ve already set up the project. Now we’re waiting for all the legal approvals we need and hope to get all the other turbines running in one year and a half”. 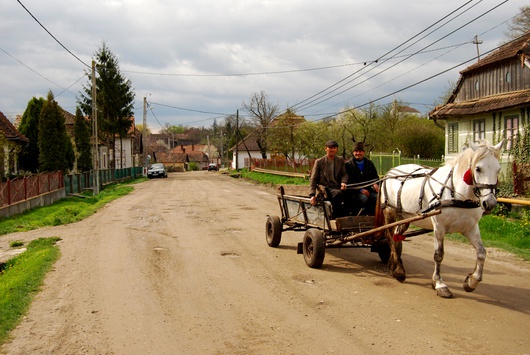 Then again, the villagers aren’t very impressed about the new machinery: “There’s no way those four windmills can reduce our electricity bills”, tells me one local. “We won’t be able to profit from this. Not in this life” claims an old lady. And, although it’s apparently profit that these people seek, some locals are aware of the advantages of wind energy and would gladly switch to alternative means.

But village secretary Gheorghe Surd insists on being most honest: “There’s no real commitment towards the local community. The turbines are there only for experimental purposes. Have you seen any storing facilities? There are none.”

But the region has more to offer…

Some 50 km away from Tureni and higher up in the Western Carpathian Mountains, at Marisel a 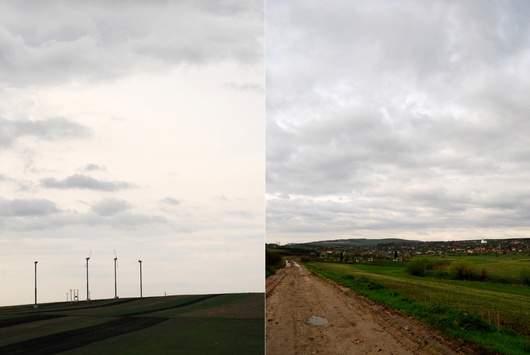 wind of change is blowing. Good change, that is. Local company Ramina Eol SRL in partnership with E.on Energie and wind turbines manufacturer Nordex AG comes toannouncea 61.2 million Euros investment in one of the largest wind farms in the country. The project foresees an installed capacity of 45 MWh provided by 18 windmills of 2.5 MWh each. The park should be up and running as soon as 2010. Toader Gherman, Ramina Eol representative,talksabout the project: “We were thinking – some time now – green energy would be something for the future and started searching for a proper location. Considering the scale of this investment, you can’t allow yourself to make hasty calculations”. 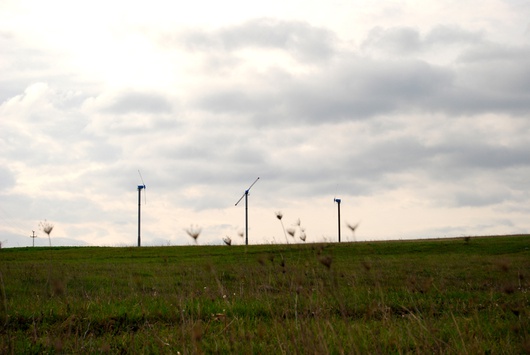 By choosing remote Marisel as their location, the investors have set strong ties with the local community: not only will 11% of the revenues (but not less then 200.400 Euros/year) from the produced electricity go to the Marisel local administration, but the contract also requires them to modernize the access road to the wind park, to renovate and refurbish the village school, kindergarten and treatment center and to build a culture hall and even an “Aeolian museum”. In return for that, the Marisel administration has already conceded the wind park 100 ha of its grounds for a period of 49 years. And with such generous commitment, the investment is sure to last and profit, high up in the Carpathians…