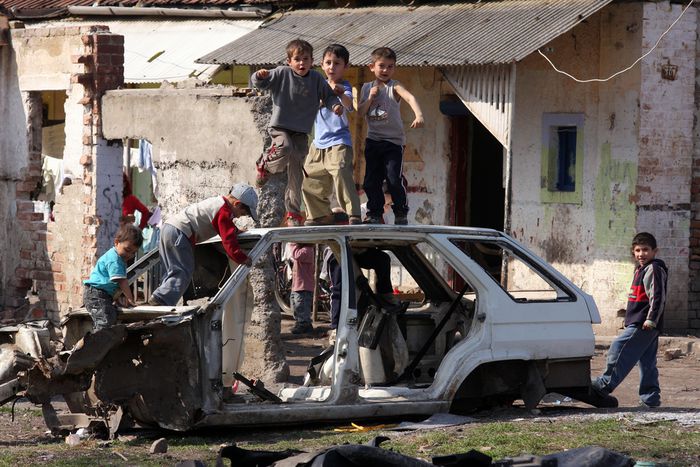 Roma and Hungary’s extreme right: the hunt in Gyöngyöspata

In Hungary, a village of 2, 500 inhabitants outside Budapest embodies tensions between the Roma (gypsy) community and the extreme right. Since March, paramilitary militia have been arriving in Gyöngyöspata to march the town's streets. On top of that, Oszkár Juhász, a member of the extreme right-wing party Jobbik, has been elected as mayor

81 kilometres from Budapest, Gyöngyöspata is hidden in the north of Hungary. Encircled by vineyards and sunflower fields, the hamlet seems peaceful. It is prim and proper, with gardens bordered with roses and the villagers on their bike: you could think that you have been transported into the heart of a tourist brochure. Crossing the threshold of the church the trance is near complete. The alter is sculpted to represent Jesus’ family tree. The virgin Mary overlooks the installation and blesses the visitor. A sense of mysticism might come over any religious cynic. However, the spell is broken when the benign granny there to take care of visitors starts talking: ‘Because of the five hundred Roma who live here there are less believers than there ought to be.’ Because of… A few words and all of the charm disappears. Return to reality. 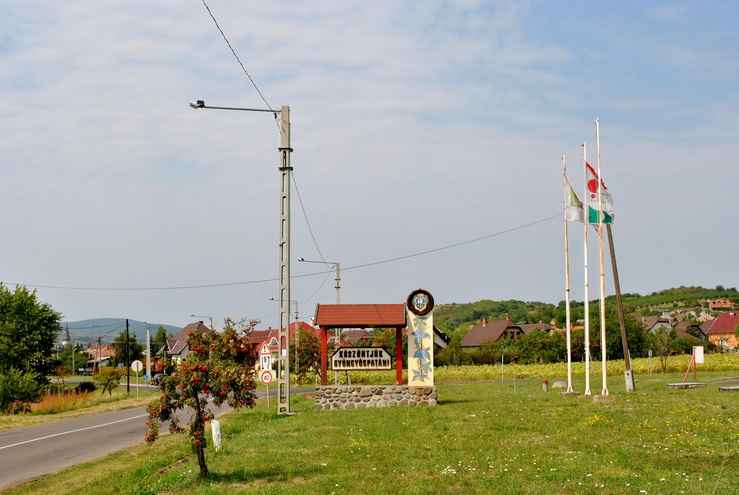 The fascist paramilitary militia Véderő (meaning ‘for a better future’ in Hungarian) chose this charming village to be the base for their training camp for two weeks in March. They revisited the town several times up until the summer. Their favourite target was the Roma. János Farkas, head of the gypsy community, describes having seen ‘men in uniforms and black boots in the neighbourhood marching to the sound of military songs.’ The militia’s incitement was the result of the suicide of a Hungarian pensioner following several thefts committed by the Roma of the village in January. This re-ignited debates surrounding the ‘Roma question’. It is estimated that there are between 450, 000 and one million Roma in the entire country. 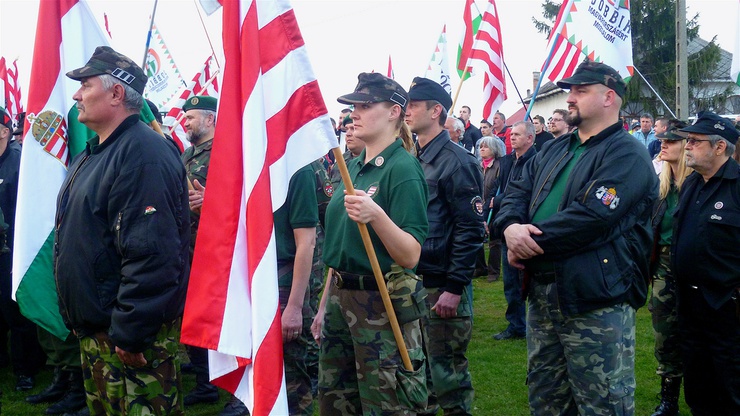 While overall unemployment lies at 10.8%, it affects 50% of this community. The lack of integration is obvious. Most Roma were settled under communism. No effective policy was implemented during the country’s transition to a market economy, to support their integration with the rest of Hungarian society. In Gyöngyöspata the Roma live at the edge of the village. With dilapidated houses and dirt tracks, the neighbourhood is much less idyllic than the rest of the town. This observation is often mixed with other data, demographic statistics. By 2050 over 20% of the Hungarian population could be of Roma origins. Precarity, exclusion and demographic pressure make this subject as explosive as a Molotov cocktail.

Jobbik mayor at head of village

The extreme right has grasped the ‘threat’ which these demographics pose. The Roma have taken on the role of scapegoats. Thus, Jobbik – Hungary’s main far-right party – is not entirely unconnected to the events in Gyöngyöspata. Indeed Véderő has come out of the Magyar guard, the party’s former armed militia. The organisation was disbanded by the courts in 2009 and its partisans regrouped into other extremist movements. Officially there is no legal connection between the party and the militia. However, the head of véderő, Tamás Eszes, is a former member of the Magyar guard. Despite all this, Jobbik denies all implications. Its official website declares: ‘Jobbik rejects all accusations that the atrocities against the gypsies have been committed by party members.’

Following all of this, routine municipal elections were organised in the village on 17 July. With 33% of the vote, jobbik’s Oszkár Juhász was elected as mayor. Following him, the candidate supported by Fidesz, the conservative ruling party, received 26%. The Véderő candidate only got 10% of the vote. Without knowing the details of how many people participated, particularly as concerns the roma community, it is clear that there is popular support for extremist ideologies. In the end though, 36-year-old Oszkár Juhász is trying to calm the situation. He has promised to create work for all, without ethnic distinctions. He asserts that he is working on ‘ridding his community of insecurity and re-establishing civil harmony between all the inhabitants of Gyöngyöspata, while giving everyone who wants to integrate themselves and work the chance to do so.’ Today, the militia have left but the town centre’s streets are also empty of Roma. Jobbik has promised to make Gyöngyöspata a town of exemplary governance. The story continues.