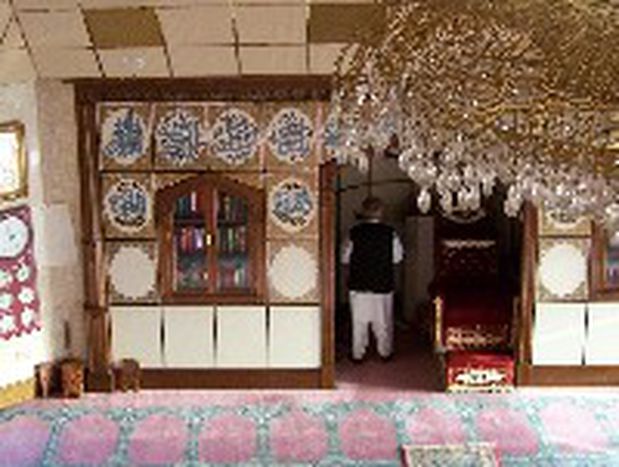 Rocky ride from Jerusalem to Mecca

Interfaith forums uniting Muslims and Jews have mushroomed in the United Kingdom following escalation of international conflicts. Are these more than a kneejerk reaction to the pressure put on faith communities?

‘It’s a natural phenomenon,’ says Dr Harriet Crabtree, Deputy Director of the Inter Faith Network for the UK, ‘our societies are becoming more mixed.’ This is one of the reasons why in recent years, a plethora of inter-faith organisations have emerged. But, according to Dr Crabtree, the emergence of forums reuniting Christians, Jews and Muslims were a reaction to the 7/7 bombings in London, the attack on the Twin Towers, and to increasing government funding. Faith leaders and their communities are in the spotlight and demonstrations of goodwill and cooperation between them are more than ever demanded. Today some 235 interfaith organisations exist in the UK, up from 12 in 1980. A step in the right direction it seems.

Yet Moulana M Shahid Raza, head imam at the Leicester Central Mosque, heavily criticised the interfaith forums, in 2006, for being too superficial, ‘We get together, we smile, we embrace, we shake hands, we speak about the description of our problems. Instead we need to offer tangible solutions for these problems’. So how useful are interfaith forums in deepening dialogue and understanding between faiths? 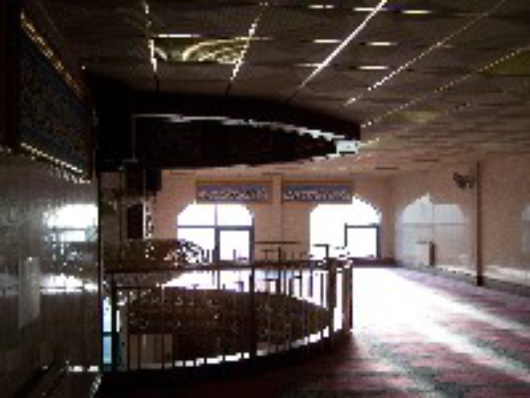 ‘Do you understand Arabic?’ asks Rabbi David Hulbert as we stare down into the musalla, or prayer hall. I shake my head. ‘Well it’s very similar to Hebrew,’ says the member of the Three Faiths Forum, an organisation which encourages dialogue between Muslims, Christians and Jews. With this crowning remark on the similarities of the three Abrahamic faiths, Rabbi Hulbert, a tall figure with a sprightly step, wanders across the women’s mezzanine with a surprising ease and familiarity. Below the Muslim men of the Ilford district, in East London, are taking part in their 1:30 prayers. The imam, Qari Shir Mohammed, from East Africa, turns his back to us and chants towards the Mecca. Bearing different hats according to their origins, the believers, mostly of Pakistani descent, celebrate the end of Ramadan. The room is glowing with warmth and sun, though the upper area, reserved for women, is empty.

The interior of the Ilford Mosque

After the prayer we step outside and meet Ghazanfer Ali, the chairman of the Ilford Islamic Centre. The two men shake hands and greet each other warmly. In a town where 13% and 6% of the population declares that they are, respectively, Muslim and Jewish, the influence of these men is clear. After a session of protocol thanksgiving and warm welcomes, Ghazanfer Ali, a ponderous man with an easy laugh, explains their present difficulties: ‘Muslims today face increasing Islamophobia’. The chairman admits though that they do have ‘extremists in their midst’. Intervening, Rabbi Hulbert states that the Jews feel a lot of empathy for the Muslims who arrived in recent decades. ‘Islamophobia resembles anti-Semistism’. ‘The Jews here are an older community and at the turn of the century, we lived what the Muslims are living today in Great Britain,’ he explains.

Both Mr. Ali and Rabbi Hulbert are very sceptical of the government’s action and criticise Cabinet Minister Jack Straw for urging women to remove their Niqab or face-covering veil. ‘We live in a society which allows people to go practically naked, we should allow them to wear the Niqab,’ says Mr. Ali. And not all Muslims want to wear it. Supportive, Rabbi Hulbert adds, ‘some wear the Hijab, some don’t… and look at Bollywood, they certainly don’t wear the Niqab’. When Jack Straw criticized the Niqab in October 2006, the Jews sent a letter of support to the Mosque, stating that women have a right to wear it. Likewise, according to Mohammed Azam, an executive member of the Ilford Islamic Centre, the mosque sent a delegation to meet the Jews when three Asian youths attacked a group of Jews in Ilford. 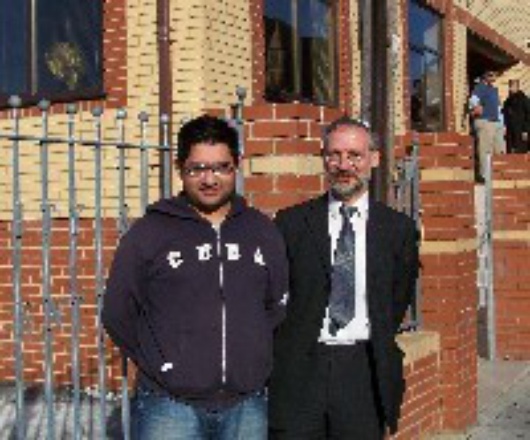 It seems that the Jews and the Muslim create a united front here against government initiatives which are often perceived as being heavy-handed and political. Asked if the Israeli-Palestinian conflict strains their relations, the Rabbi answers, ‘yes, of course, but I’m not Israeli and my neighbour is not Palestinian, so we have to get along together.’

Relations overshadowed by the Israeli-Palestinian conflict

But to what extent are these praiseworthy sentiments reflected by their communities? Indeed to what extent do these religious leaders represent their communities? Rabbi Hulbert says, ‘not every Jew participates in the Three Faiths Forum, some refuse to for religious reasons, others out of lack of interest’. Less liberal Jews are less inclined to join the Forum. Indeed certain Muslim members of the Three Faiths Forum are openly anti-Zionist and disagreements about the status of Palestine and the recognition of Israel put a strain on their relations. According to Mohammed Azam, one of the Orthodox Jewish members did decide to leave the Forum after ‘incorrectly accusing another Muslim member of the Executive of being an anti-Semite’. The demonstrations organised in Ilford in 2001 in support of Palestine also strained relations. 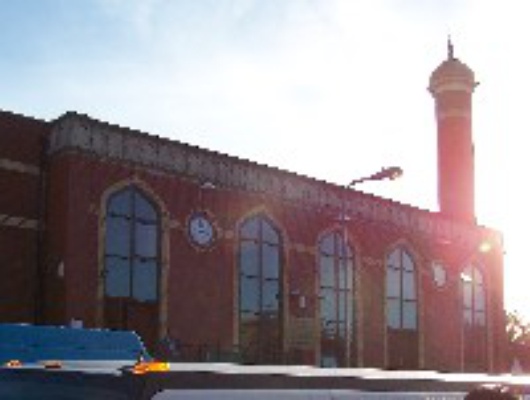 For Rabbi Hulbert, Israel is a ‘state of religious tolerance’. What about the Palestinians? According to him, Palestinians live ‘outside Israel’. As Dr Edward Kessler, director of the Centre for Jewish Christian relations at Cambridge, points out the dialogue between Jews and Muslims is ‘overshadowed by the failure of both communities to address the impact of Middle East conflict on their own communities’.

The exterior of the Ilford Mosque

These disagreements over Palestine and Israel reveal the restrictions on interfaith cooperation in the district of Ilford. Here, international events are, paradoxically, both the raison d’être and fundamental limit of interfaith organisations. As David Hulbert strides off to an afternoon circumcision and Ghazanfer Ali hurries up to attend a third or forth prayer, Mohammed reflects that the elder generation is not ready to face the challenges of these conflicts. The work of first generation Muslim immigrants was hard enough, responsibility now rests with younger Muslims and Jews.