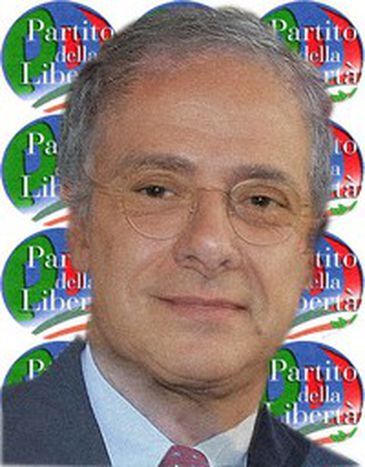 Ripping up ballot papers in Italy

‘Italy is no lame duck,’ we commented on 3 April, trying to disprove the proposition of the Italian crisis. The author placed Lapo Elkann as a symbol for the rebirth of the ‘Bel Paese’. The contentment in the country actually has much deeper roots than the golden tuft of the Agnelli-spear. And the symptoms are alarming, much more so than in other European countries.

Crisis symptoms, anti-politics and the call for an election boycott

So in a country in which, according to surveys, 55% of citizens claim to have an interest in politics, even when the politics cause more and more rejection, this happens completely on the waves of the bestseller La Casta (‘The Caste’). In this investigation, two journalists from the Italian daily Corriere della Sera highlight amongst other things that the Quirinal Palace (the office of the president in Rome) swallows up four times as much money as Buckingham Palace in the UK.

This phenomenon was also picked up on by the comedian and blogger Beppe Grillo, who has called for an action group for anti-politics and with regards to this explained that ‘I do not vote and I am proud of that. The government manifestos of both of the main candidates are completely identical.’ A further call for an election boycott comes from the popular show host Fiorello: ‘If you receive the ballot paper, rip it up!’ After the statement of the analyst Massimo Franco – ‘politicians can’t promise anything and that’s that’ - the Italian bishops are ‘almost trying to affiliate themselves with the party by abstention from voting,’ if anything. And in the world of blogs, a speech from a ‘Movement for non-voters’ is advocating an election boycott following the example set by the actor Totó. In the end a third of the electorate are undecided and if anything inclined not to vote, writes Franco in Corriere.

In the film Gli onorevoli (‘The Members of Parliament,’ 1963), the candidate Antonio La Trippa speaks to the cheering masses: ‘If I would claim to build schools, streets, aqueducts and flats, if in this case I win the election, would you believe in me? If I would claim that these men (other candidates) are honourable men, who want your vote for the good of the country, would you believe me? Yes? Then I say to you, that you are trustful, conscienceless simpletons!’

Is it simply only political disinterest? Or alienation? This time you can hide behind it. And if the abstention from voting at the end is not so numerous, then that probably if anything lies with the sense of responsibility of citizens rather than with the enthusiasm for the political manifesto, which no-one believes anyway. Why?

Romano Prodi leaves behind him a country whose wages are the lowest in Europe and whose GDP actually lies under the Spanish GDP for the first time. The balance sheet of the resigned left-wing government is so embarrassing that Prodi actually turned down the concluding press conference. Angry voters claim that they have called upon Veltroni from the democratic party for this, whose chairperson is Prodi. The head of the social unity party has even started a large operation following the model set out by Sarkozy.

Just like the French presidents, who has done everything to ditch all that he inherited from his predecessor and his colleagues, Veltroni is now trying to eradicate the electorate’s memories of the unpopular Prodi government. But nevertheless the worthwhile initiatives of the younger candidates and simplified election rules which allowed the democratic party to be set up, the conflicts of a new political subject are not to be dismissed. This goes in particular for ethical themes such as abortion or euthanasia and consequently for the behaviour of the Vatican. This dilemma is the fodder of a caricature of the comic magazine Crozza, which represents Veltroni as he tries to bring the left wing closer to the catholic centre: ‘We are for a secular state, but also for a peaceful, harmonious incorporation of the church into the life of citizens.’

Forget the past – emphasise what Berlusconi has to say

But on the other hand they don’t want reasons for discontent. Sure, the founding of the party ‘Popolo della Liberta (‘People of Freedom’), who have united the ‘Forza Italia’ and the right-wing National Alliance, have without doubt contributed to a simplification of the political panorama. That, according to surveys, this new creation by Berlusconi is an ominous sign of victory, is not only due to Prodi’s meagre legacy but above all due to the Italian’s short-term memory: in 2005 the Berlusconi government, which is the most long-lasting in the whole of Italian history, left behind a GDP recession of 0.03%. And what concerns Berlusconi’s conflict of interests, which a true empire fills with media, insurance and on the economic market in general, will actually be the election campaign after the bribery scandal in the nineties, in which these issues will be placidly avoided.

Because the centre-left government passed no laws concerning this matter, and now have no right to, the issue goes on. One more reason to further fuel the existing discontent. A left-wing government, which left behind a country with the lowest salary in Europe, or a centre-right coalition, which graced them with zero economic growth. Why should one be surprised about anti-politics?