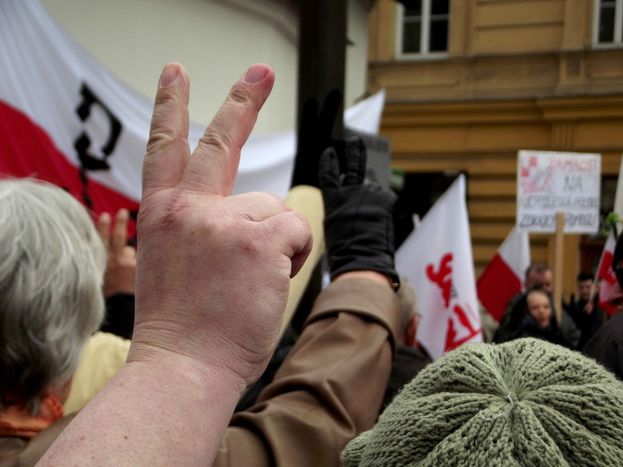 The national conservative opposition party PiS won the parliamentary elections in Poland by a large margin on Sunday, around 39 percent of the vote, meaning it will be able to govern on its own if this result is confirmed. The outcome testifies to popular discontent that is spreading across Europe, some commentators warn.

Democrats must wake up - Tages-Anzeiger, Switzerland

The outcome of the election in Poland is a warning signal for the rest of Europe, writes the centre-left daily Tages-Anzeiger: "The voice of the Eastern Europeans in the EU is growing louder and more rebellious. Things may still turn out very differently in Warsaw than in Budapest. Kaczynski, who didn't run as the leading candidate, won't be able to rule the roost like Orbán. Moreover, Poland is in a far better state economically than Hungary. However that fact in particular is disturbing. How can it be that in such a successful country where the future should belong to the young a diffuse sense of discontent can swell so quickly into a wave of protest? Sociologists point to the harsh reform policy and the arrogance of the elites. It's also true that this mood is not confined to Eastern Europe. It can be observed in the Front National in France and the left-wing Podemos in Spain all the way to the right-wing Pegida agitators in Germany. In view of the constant crises on the continent it's high time the democrats in Europe woke up." (26.10.2015)

An all too European discontent - Corriere della Sera, Italy

The Eurosceptics have scored another victory - and in a country that once swore by the EU, the centre-right daily Corriere della Sera complains: "After Poland eagerly picked up the threads of Central European culture and freed itself from the historic threat posed by its Russian neighbours, its fast-paced EU accession was a major success story. For eight years in a row its economy grew and the unemployment rate was low (8.6 percent), and it was in a position to attract investments and European funds and spend them. … But for the Poles progress counts less than broken promises and unresolved problems: lower wages than the EU average, temporary employment contracts for the young, the backwardness of large swathes of the country. And on the banks of the Vistula River too, people are starting to believe that European integration means the poor competing with each other and the end of centuries-old traditions. Polish society shares the discontent of the new and the disenchantment of the old Europeans." (26.10.2015)

Many Western European media have been critical of the PiS and the anti-European statements of party leader Jarosław Kaczyński. But politicians in Western Europe will be only too happy to work together with the new Polish government, the conservative daily Rzeczpospolita believes: "Europe looks entirely different than it did in 2005 when the PiS came to power the first time. The EU has been seriously shaken by the financial crisis. Now it faces a double challenge: Russian aggression and the flood of refugees. ... Under such conditions, Chancellor Merkel and President Hollande will go to great lengths to maintain the strategic partnership with Poland, also under the new government. Because at the moment they don't have all too many allies. The new government must do what it can to not to waste this opportunity. If it manages to avoid taking radical measures in the coming months and holds the country on its stable course, Berlin, Paris and London will not only heave a sigh of relief but even welcome it with open arms." (26.10.2015)