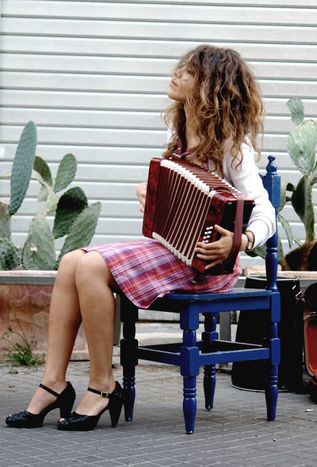 In mid-2011, youtube exploded with the video of a petite, dark-haired girl dancing around the colourful streets and markets of Paris, along with a belly dancer and foreign looking youngsters, singing in French to an upbeat rhythm mixed with oriental tunes. It turned Riff Cohen into a sensation.

Born in Tel Aviv to a French-Algerian mother and an Israeli father with a Tunisian background, the 27-year-old has been working towards her first official video since childhood

The Cohen parental home is in Ramat Aviv Gimmel, a wealthy neighborhood in the north of Tel Aviv. The well-groomed tastefully furnished living room, opening into a back yard with an equally well-groomed cat strolling around, is a far cry from the rugged, alternative image of Riff Cohen herself, who answers the door in torn-up skinny jeans and an oversized sweater. ‘I really enjoy saying that I grew up here, because there's such a specific stigma about this place, which I really don't feel like I'm a product of,’ she says, relishing in breaking stereotypes. ‘It would have been proper for me to just say that I'm from north Tel Aviv, but why should I? It's good, it's starting to change the stigma of things.’

I speak to Cohen a couple of days after she has signed an artist contact with AZ records, the French branch of universal records. Musically, she says she doesn’t approach French audiences differently from Israeli ones. ‘My approach was very universal from the start. But the understanding of certain concepts is totally different. If I say that I'm religious in Israel, they'll think that I'm right-wing.’ One internet forum really did say that in those very words; ‘Really,’ she laughs. ‘That's really funny. Just what I meant. On the other hand, the fact that I didn't serve in the army is considered to be very leftist or pacifist. It's amazing how people look for something to hang on to, even the smallest thing, to jump to conclusions. Just let me be a musician, let go of the other concepts.’

Cohen is Riff's mother's maiden name, although the singer was married by the time the video for A-Paris was ready. ‘I sort of ‘got stuck’ with my name, because I started getting famous before I got married. I thought that changing my name would be weird,’ she says. ‘Perhaps I should have done it. Everybody is pissed at Israelis now. Politics seeps into every level, even down to boycotts at the bazar, which sadly is not just about politics. I regret the fact that a few years ago it would have not mattered that I'm Israeli and that my name is Cohen. I'm sure many Israeli artists become reluctant ambassadors. On the other hand, the fact that we're Israeli creates a great deal of interest.’

Riff's album deals extensively with questions of identity. It’s a theme which Cohen, who was born with two mother tongues and carries a soft French accent to her Hebrew from the very start, is preoccupied with. ‘If I have to introduce myself, I just say where my parents and grandparents are from, and that I'm just a first-generation in Israel,’ she says. ‘It’s hard for people to make this connection of an Israeli whose grandmother speaks Arabic and dresses in traditional Tunisian clothes; to them, you're either an Israeli or an Arab.’ 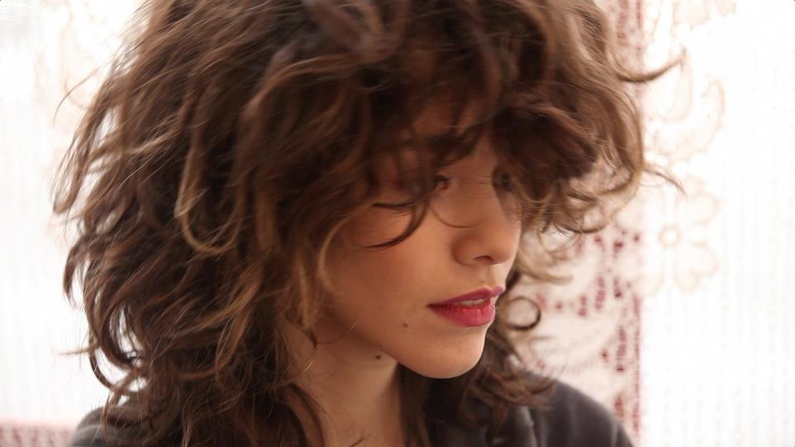 For many Israelis, it remains the most challenging concept of all. The melting pot policy, which was implemented on immigrants for decades, did its best to erase the attributes of their origin cultures right down to their names. Binary identity concepts left hardly any room for exploration. ‘Zionistic Israel erased all the roots and tried to create a new culture, but we’re still in a void of sorts, emulating western culture,’ says Cohen. ‘I also wear jeans and T-shirts; it annoys me, because they don't necessarily reflect who I am. My grandmother wore cape-like dresses and heavy golden jewellery, as did her mother, grandmother and great-grandmother. It’s only because I'm in Israel that I'm wearing jeans and T-shirts and wondering whether I should go to the Mikveh or not.’ 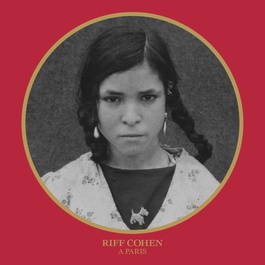 Cohen channels this introspective idea into her work. The photo on the cover of the album released in Israel, a black and white of a young girl with braids, is her paternal grandmother Fortuna, who came to Israel from the Tunisian island of Djerba. It was the first photo ever taken of her, for her passport. Cohen tells, with great pride, of a woman of extraordinary talents and character, capable of holding several conversations at the same time, who cannot read nor write. ‘When they lived in Jaffa they used to buy a sheep, raise it for a while and then take it to the butcher when Passover, or some other big event or holiday, came along. I remember seeing the sheepskins hanging out to dry. She used to cover me with a sheepskin blanket, and it had a very strong, unpleasant smell,’ she reminisces. ‘There's something much more respectful about that, rather than some businessman who has schnitzel for lunch every day without giving it a moment's thought. My father was ashamed of it all, because it's something supposedly primitive. But here I am, third generation - and I think that it's something to showcase and be proud of. We shouldn't hide it. It's part of Israel's cultural landscape. Everyone has their own culture, and we should showcase it and connect to it - without denial, without drawing a blank eye, without erasing our roots and trying to just be western. Part of our job as artists living in Israel's sixties, is to search for Israeli culture and to create it.’