The Berlin film festival in mid-February was not just concerned about all the revolution hype on the big screen this year, but why the revolts in year three of the ‘Arab spring’ still continue to evoke scepticism but also give hope

European filmmakers are taking a new interest in revolution; it means something must have happened in world history. The 1980s saw the 200th anniversary of the French revolution; producers like Ettore Scola (That Night in Varennes, 1982) and Andrzej Wajda (Danton, 1983) dug up historical events and characters in the early eighties. A brighter light than the fall of the Berlin wall in the jubilee year could scarcely have been wished for. With the exception of Sofia Coppola’s Marie Antoinette (2006), talk of revolution went quiet for a long time. Today, with dictators overthrown in Tunisia, Egypt and Libya and civil war raging in Syria, revolution is back on the political agenda. The old revolutions have once again become a store of material for the evening cinema programme.

Revolution of the People instead of palace intrigue

The Berlin festivals of 2012 and 2013 offered us the complete works on Berlin’s largest cinema screen: palace intrigue, battles at the barricades, red flags, bayonets and cannons, students singing and crowds of people gathering. The French director Benoît Jacquot gave the impetus for the renaissance of revolution in European cinema with his historical film Farewell My Queen (2012); it won no prizes but opened the Berlin film festival in 2012. Jacquot shows the revolution through the eyes of a girl who witnessed it, Sidonie Laborde, the servant who reads aloud to the queen at the court of Versailles. She lives through the few days between 14 - 17 July 1789; the viewer will quickly realise that while history was being made in Paris (as we know but do not get to see), everything at court carries on as if nothing was happening.

One might think that this original and historically well-informed choice of perspective would be welcome. However the Berlin audiences seem rather bored with this off-beat version of the great French revolution. Where then was the ‘real’ revolution when it re-emerged on the Habib Bourghiba avenue in Tunis, and in Tahrir Square in Cairo?

In 2013 director Tom Hooper added more fuel to the fire. After the oscar-winning success of The King’s Speech, he is back with the musical version of Victor Hugo’s Les Misérables. The Brit has taken on subject matter that many might think trite. The fact that the audiences in Berlin do not seem to have put up with either the classic scenario or the gay singing of the actors (not a single word is spoken in the film) speaks volumes for its sensitivity towards matters of revolution. Except that one day, after the Tunisian left-wing opposition politician Choukri Belaid was murdered and tens of thousands of people assembled for his funeral, the subject matter of Hugo’s novel gained some unexpected headlines.

Thanks to Hooper one can see and hear how the revolutionary spark again flashed by at the funeral procession of the popular general Lamarque two years after the July revolution. The scenes from 1852 show that everything was ready to put a stop to revolution in the nineteenth century: cannons thundered, shots fired, the women of Paris cleaned up the blood of the barricade combattants from the pavement. The reaction won a bloody and short-lived victory. The revolutionary hope for a better future did however influence things, which in any case gives the end of the film an unmistakeable touch of pathos. 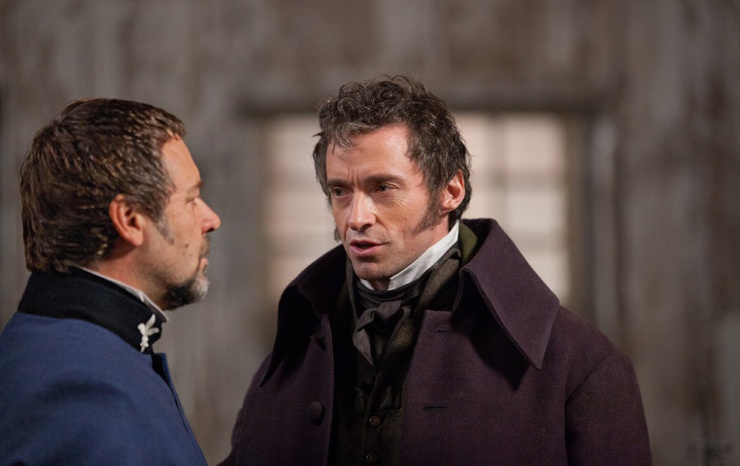 The audiences applaud the actors in attendance half-heartedly, as if they were watching the state opera instead of a cinema screen. They acknowledge Tom Hooper with a standing ovation. They whistle, call out and stamp their feet. This is how we imagined revolution. In 2013 we are reminded that every revolution devours its children. But then in every revolt a spark gives hope.