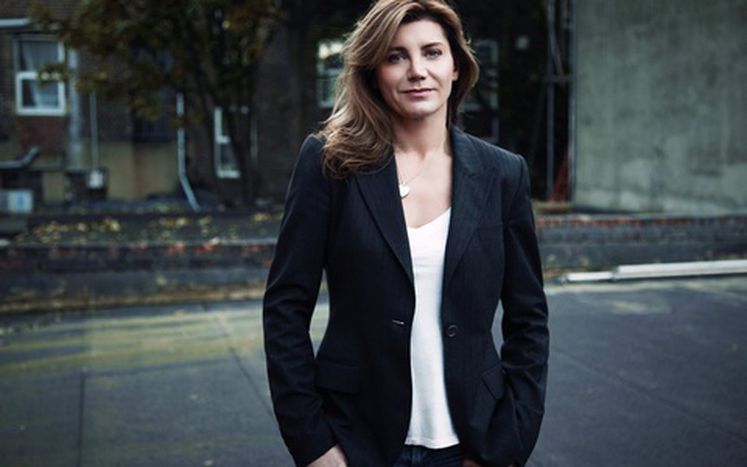 "I think we are at the end of the track with Europe. Either we renew the social contract among countries or we go for disintegration. Which is why we are very excited about doing Europe in a Coma, because at this precise historic moment it is very important to raise awareness of what is at stake."

Annalisa Piras talks about how to wake Italy, and Europe, out of the coma.

Girlfriend in a Coma (2012) by journalist and film maker Annalisa Piras and writer and former editor of The Economist Bill Emmott, focuses on a contemporary Italy that has been lying in a coma for the past twenty years. It explores the deep routed problems of the country while, at the same time, looking at its successes and possible solutions for the future.

How did the idea for Girlfriend in a Coma come about? What was the inspiration behind the film? 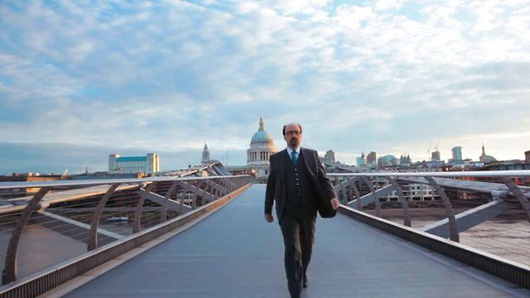 Well, Bill Emmott and I met in 2001 when Bill made the very famous cover of The Economist with Mr Berlusconi and the headline “Why this man is unfit to lead Italy”. We started a conversation on Italy and its many unresolved issues that have always seemed to come back in the same way over the past 20 years. So when Bill then wrote the book Forza Italia and the English version Good Italy, Bad Italy we discussed again how Italy seemed to be stuck in a timewarp, a sleep or paralysis unable to solve its problems. And so the idea rose that maybe it would be useful to make a film... to help create more of awareness of this sort of coma that Italy seems to be in.

A lot has happened since the film was made, Mario Monti stepped down and Enrico Letta became Prime Minister, can we say that Italy is waking out of the coma?

It depends pretty much on who is watching. It’s a typical case of whether the glass is half full or half empty. A lot has happened since we made the film. A lot of positive things have happened, notably there is a strong sense that the public opinion in Italy is demanding change. Even if it was not the best political solution the fact that someone from outside the political class, someone like Beppe Grillo has got such a success at the elections... it is not a good thing in absolute terms because there are a lot of issues with the Movimento Cinque Stelle, [but] it has sent a strong signal that at least a third of voters in Italy demand a radical change. On the other hand, there are a lot of worrying symptoms that suggest the coma is getting worse. Particularly the electoral success of Silvio Berlusconi has been a bad blow to those who thought somehow the Berlusconismo era was finished.

Was there too much emphasis on Silvio Berlusconi? Is he the cause or a symptom of Italy’s problems?

Many people thought there was too much space for Berlusconi when they saw it before the elections, because many people hoped that Berlusconi was gone, there was this sense that he belonged to the past. But this was not the case, and so somehow Berlusconi had sadly the right place in the film. I think that too often many 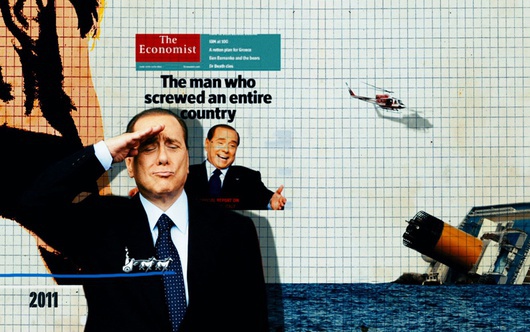 Italians have liked the idea of saying that Berlusconi was the cause of all evil, but actually Berlusconismo is a symptom of fundamental problems with Italian democracy. Certainly a lack of grown-up political culture is what has allowed someone like him to dominate politics for the past twenty years, someone who openly displays a sense of disregard for the institutions and for the state gets such a significant share of the vote is part of the problem. This disregard for legality is a problem that existed before Berlusconi, and so as well has the problem of selling and rigging votes, and the influence of organised crime on the results of the vote. Those are very old and pernicious issues of Italy that Berlusconismo has made worse.

In the film, you look at the issue of l’ignavia or sloth, namely the idea of being apathetic from the political process. Isn’t this arguably a problem not just in Italy but across Europe and the western world?

Yes, it’s a huge problem of all our democracies of the western world. We were very keen that the film would not be seen only as ‘these Italians, they’re always in trouble’ because the issues that we wanted to highlight are common to other democracies. And the sloth, the lack of personal responsibility and the lack of courage to act is something that is very widespread in Europe. Why is that? I think that since the fall of the Berlin Wall and the so called death of ideologies, people have found it very difficult to believe in a cause and engage themselves. So they have become more cynical and detached from the entire political process, which is a disaster because exactly at the moment that people stop believing in politics that is when politics is allowed to deteriorate even further. It’s a shared problem with other western democracies and we need to fight it. 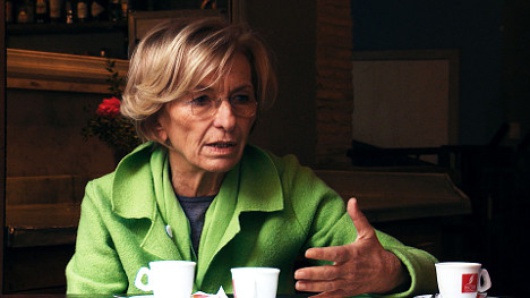 left. We thought that this huge community of talented young Italians who are now abroad could connect with the people who want to change Italy from inside adding the pressure from outside to the pressure from inside and encourage people who want change. With our website www.girlfriendinacoma.eu we’re creating a map of organisations inside and outside Italy to allow them to connect because the great thing that we are seeing in this moment is an increased online participation to the democratic processes. So this could be one way of reigniting some hope and some active engagement of people. We are also creating a foundation called the Wake Up Foundation... to keep raising awareness and connecting people who love Italy and who study Italy from outside. We are also producing a new film,

Europe in a Coma, to continue that reflexion on the fact that in Europe we all have the same problems and we need to work together because the tiredness of our democracies is a common problem but to reenergise it and renew it, we need to unite forces and tackle the problem together. 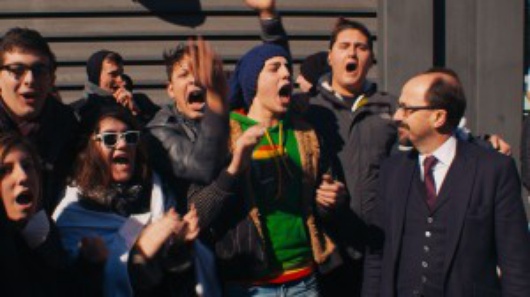 Finally, on a wider level can Europe and the EU be seen by young people as a hope or hindrance? I think we are at the end of the track with Europe. Either we renew the social contract among countries or we go for disintegration. Which is why we are very excited about doing Europe in a Coma, because at this precise historic moment it is very important to raise awareness of what is at stake. Certainly, the technocratic European Union has been for too long at the centre of the discourse on Europe. Which is why we need to bring back a Europe of the people, the Europe of cultures and identities and the idea of how much we have been always intertwined in both history and culture. I think that we need to rebuild that awareness of our common destiny and that to link it together we can be stronger, so the idea of solidarity and prosperity and security of the people coming together that’s something that needs to brought back into the mind of people because when in a family you start talking only about money and debt that’s the end of the family. We need to start talking with each other again and rediscover why what unites us is much more important than what divides us today.