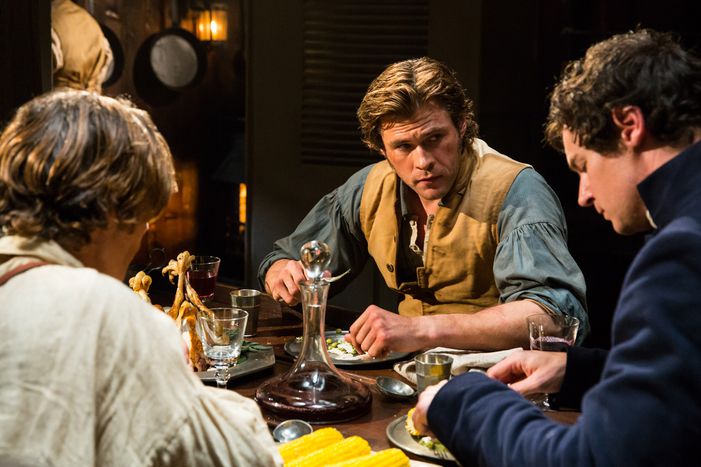 Review: In the Heart of the Sea

In the heart of the sea brings to the genre of action adventure films something that has been sorely missing: uncharted territory. In an ocean of films about survival against the elements - with our without perilous beasts - there are precious few about, wait for it, whaling. It's a thrilling ride.

The tale follows a young Hermann Melville as he interviews a seaman who had an almost mythical encounter with a white whale - a story that is later said to be the inspiration for his book Moby Dick. Every second of the film is oozing with testosterone - from the coarse sailors who come up against mother nature - and her bastard offspring - through to truly gripping action sequences. Given that most of us today are not familiar with what actually goes into killing a whale with a wooden harpoon, watching it for the first time is like watching your very first car chase, or onscreen explosion.

The film is set in the 1800s, a time before oil was discovered under ground. Whales are hunted not for sport but for the oil needed to fuel the industrial revolution. The film is not a heavy-handed sermon about animal conservation, although that is definitely there. Instead whaling back then, as with many environmental issues today, is presented as a complex intertwining of sailors' needs for a livelihood, a plummeting whale population, a burgeoning industrialised world's lust for energy and old-fashioned greed.

From that perspective the film could be seen as a weird allegory for our present day energy troubles. The whales could represent the Middle East and its rich resources. The whalers are the westerners who pillage this region with increasing impunity. The result is an epic battle which could end up killing us all.

The film does employ some tired tropes associated with survival adventure films. For instance when it comes to the casting Chris Hemsworth is the brutish beef cake of a leading man who we would expect from this kind of film. But the director Ron Howard animates these tropes in a way that a masterful composer arranges the same old 12 notes available in music, creating something wonderful and unique.

In the heart of the sea is beautifully told. From the the tension which is steadily ratcheted up, through to the way the plot takes unexpected though not capricious turns. The film takes us to a place we've never been to. As Hermann Melville says: "It's not down in any map, true places never are".