The recent controversy following the commemoration of the centenary of the Armenian Genocide brought to light the eternal taboo that exists around the acknowledgement (or not) of this event. It's a subject that whips up, even today, several tensions within the international community.

After the absence of Turkish-Belgian politician Emir Kir during the minute of silence observed at the Belgian Parliament in honour of the victims of the Armenian genocide, it was the remarks of the CDH's (Humanist Democratic Centre) deputy, Ahmed El Khannouss, that caused controversy last week. Here is an excerpt: "I would like to express my exasperation facing the accusations suffered by Turkey. First there was this controversy surrounding these massacres, committed under the Ottoman Empire, of millions of Armenians. Should we qualify this as genocide or not? That's a question that divides us, down to the sidelines of Belgian diplomacy."

This attitude provoked many reactions within the Belgian political and cultural sphere, like that of the blogger Marsel Sel, who violently attacked Ahmed El Khannouss in a recent article, calling him a "negationist." Also an alderman at Molenbeek, El Knannous was angered and immediately reacted through his Facebook account: "I don't accept that I am called a negationist. I have always acknowledged the Armenian genocide and I am unpleasantly surprised at the misappropriation of my text concerning the stigmatisation that the Turkish community is subject to."

This is a community that, in turn, mobilises itself for the recognition of the Armenian genocide. An informal platform, active through social media, has called for "specific action concerning the controversy surrounding the so-called Armenian and Assyrian genocide," in the form of a protest that took place last Saturday, gathering more than a thousand people at the Brussels-North railway station.

Over a month after the observance of a century passing since the genocide that claimed the lives of hundreds of thousands of Armenians in the Ottoman Empire during the First World War, the question of acknowledgment still makes way for vivid tensions within the international community. Though about twenty countries have ended up, 100 years later, recognising the genocide (including France, Italy, and Russia), Turkey continues to deny the organised and systematic nature of these killings.

The Vatican, along with Germany and Austria, two historical allies of Turkey, only recently recognised the "genocide" of the Armenians. The German president Joachim Gauck pronounced it, on Thursday, April 23rd, the day of the commemoration, acknowledging, in stride, "a joint responsibility, and even, potentially, a [German] complicity" in this crime. The Austrian parliament did the same on April 22nd by observing a minute's silence in memory of the Armenian genocide, a first in the country formerly allied with the Ottoman Empire and where this term was never officially used. It's a decision that pushed Turkey to recall its ambassador in Austria, as was the case a few days earlier for the Vatican,  after Pope Francis said the Armenians were the victims of the "first genocide of the 20th century."

The choice of acknowledgment is often tied to a diplomatic strategy

The choice to acknowledge the Armenian genocide is in reality often linked to diplomatic strategy, which explains why the United States has had so much trouble on this point: Turkey has long been an ally of NATO and plays a strategic part in the American interests in the Middle East. During the commemorations, Barack Obama avoided using the term "genocide," preferring the expression "terrible carnage" to qualify the massacres perpetuated during the First World War. 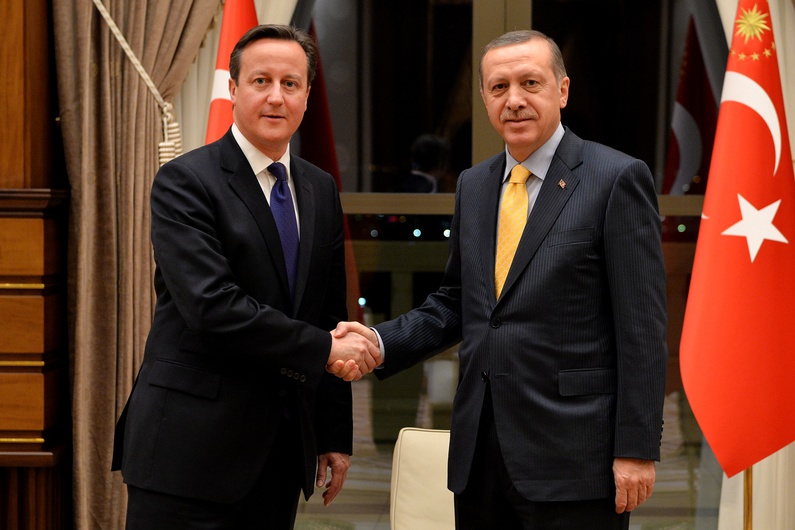 In the United Kingdom, the question is equally sensitive. The UK's diplomats don't speak of "genocide" but of "what happened betwen 1915 and 1923." The country has many Turkish citizens and tries to preserve good relations with Turkey. Still, this didn't stop the Scottish and Northern Irish parliaments from passing a general motion in January 2010 recognising the genocide, proof that this issue can also cause conflicting opinions within a certain group.

Another example: though the European Parliament itself already recognised the Armenian genocide in 1987, the European Commission and the executives as a whole still refuse to speak of "genocide" since this term isn't used by all 28 States members of the Union. As is, unfortunately, often the case, Europe is unable to speak as one and struggles to resolve a question that has become taboo over time.

Turkey and Armenia: an impossible reconciliation?

Why does the word "genocide" provoke such anger? How do we get past a century of hostility between the two neighbours? The condolences presented last year by the Turkish prime minister Recep Tayyip Erdogan nevertheless showed a glimpse of possible reconciliation. A hope that was, in the end, short-lived, since he recently ruled out any recognition of the genocide and even created a new controversy by inviting his Armenian counterpart, Serge Sarkissian, to the ceremonies of the 100th anniversary of the battle of the Dardanelles, postponed for the occasion to April 24th, the day that Armenia commemorates the 1915 massacres.

Even if power is always inflexible and deliberately regressive, a good part of the Turkish civil society is thinking for itself and slowly accepting the idea of genocide by evoking it openly. According to the economist Ahmet Insel, author of Dialogue on the Armenian taboo, many "small steps" are under way, and they reveal themselves to be "very important to the normalization and recognition of the Armenian genocide." He cites the publication of many books on the subject, the multiplication of expositions and conferences, or the renovation of Armenian churches in Turkey.

Many Turks who are interested in the genocide discovered that they had Armenian ancestry, proof that these two neighbours are really not so different, and that a mutual effort of reconciliation can be engaged, on one condition, of course - that both sides make efforts and start moving towards understanding the other. In a world of perpetual change, it's time to reject this old-world mentality and end this century of hostility to definitively renounce the repetition of the mistakes of the past.