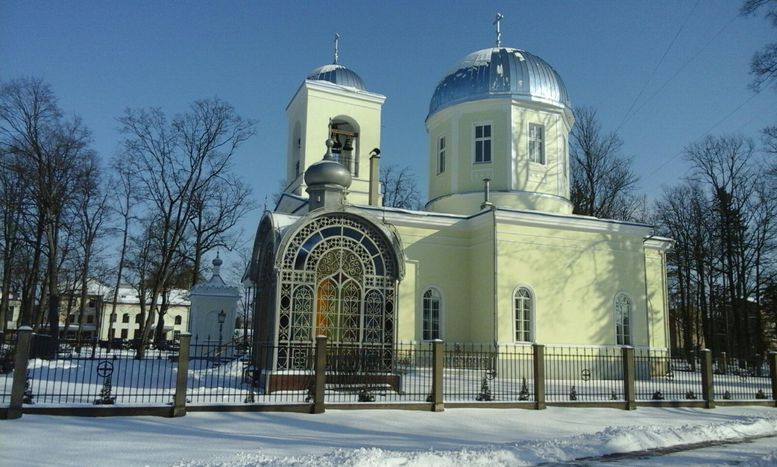 Religious revival has no ending in post-Soviet countries. Natural gods, Christianity and shamans crowd this new, complicated and varied world

The iron curtain has gone down but ex Soviet-countries  view doesn’t correspond to that of the West.

In western Europe and in the United States we’re living  a post-religious world, especially a post-christian one. Russia and former Soviet Bloc countries are living a post-aetheist world. Probably it’s not just about a deep cultural difference but it’s a concept of freedom that has took its shape through uncommon stories.

To believe or not to believe? This is the question.

While Italy, France and Spain’s churches are more and more empty and Islamophobia is increasing, on the other side of the continent the religious revival doesn’t stop. Catholics, orthodoxes, Lutherans, Neocathecumens, Shamans and pagans. What matters is to believe. Just to go against the precise and rigid past of Communism, to a national identity, to be different, just for curiosity, just to try new things. To Jesus, to natural Gods, to the unknown, to the pleasure of dancing together without asking yourself a lot of questions.

And so Dievturiba borns again, a kind of pagan and pre-Christian polytheism, widespread in Latvia and Lithuania. This two Baltic republics, unlike Estonia which seems that has ended its relation with religion, have seen their popular traditions being alive again since the ‘90s. Both the countries are characterized by the dominant presence of nature and by low population density, they’ve always adressed to forest gods. To the sky, the earth, the water. But it was too late when they  embraced the Christian cult and they weren’t so sure about this religious change. Christianity arrived permanently only during the XIII century, making of this area the last one to become Christian in Europe. But Christianity has never spread in this area. First time because local populations didn’t know latin, then due to Kremlin’s order, finally beacuse of pagan opposition to Christianity.

Obviously, after the Soviet domination various Christianities have got back in this area. But, especially young people prefer to define themselves as pagans. Maybe they do not always know the reason they want to be called as this, but the idea of believing in something which is free, it’s a beautiful and fascinating idea. Rituals are celebrated in a charming way, with dances, bonfires and colourful clothes weared for the occasion. It’s hard to resist to a celebration of this kind.

Last but not least there's identity. The importance of having their own traditional Latvian, Lithuanian, Georgian dances to be different not only from Russia but from the all world. Their pride for a cultural independence comprehends not only religion but also language which is lived as a mean of liberation and autodetermination. Baltic mythology  with its national Pantheon, gives strenght and hope to these areas.

During feast days there are endless queues to get into Poland and Eastern Europe countries’Church.  We should turn Varsavia into the new Rome, as this one was the new Jerusalem. Here religion is connected with the post-Soviet feeling of freedom but also with the strong morality, more exactly  the typical Russian moralism. Past criticisms and absolution, crime and punishment.

Is this reality true or is it just resignation to a situation which is too difficult to accept?

Is there Lord’s work behind our stupid way of acting, behind the life that we believe to live freely?

Shamanism raised from  URSS ashes, in Siberia. This creed was buried during the ‘20s but actually,it continued to be secretely handed down through generations. Nowadays shamanism has various followers and it can also be experienced by those travellers who are curious to know more about it, they can experience it in the area of lake Baikal. You can see “shamans”dressed with feathers and heads covered with birds’masks while tey’re making a suction or an exorcism. You can witness the sacrifice of an animal a penance or you can hear a fortune telling.

So local people find again the possibility to express themselves.

Maybe they want to show that the human being who lives freely, wants to believe in something which is supernatural.  Whatever it could be, God, trees or shamans.

In our European area too, Christianity is widespread among people, especially in its social and egalitarian variation. Different types of more or less new religions are spreading in the post-religious secularized world too. From the most famous Buddhism to the Afro-Brasilian candomblé.

For one reason or another everywhere people is looking for an identity which cannot be separated from religion or at least from religiousness.

If you don’t believe me, you just have to ask about it to an historian or to an anthropologist of religions.

He will tell you that life can’t exist without religiousness.

Because all the cows are black during the night.