Refugees and the EU: "Believe me, no one is indifferent"

In spite of a twelve-hour meeting between heads of state, little progress has been made on the reform of EU migration policy. However, major European representatives seemed to be mildly pleased following talks.

Speaking before Brita Haj Hassan, the mayor of Aleppo, last week, European Council president Donald Tusk said on behalf of the European Union: "Please believe me. No one is indifferent in the European Union. I'm talking about people, institutions, politicians... We should and we will try to do everything we can to help you and the civilians in Aleppo."

"European policies are driving people out of Europe"

"When it comes to humanitarian organisations and the protection of human rights in Europe, we are seriously concerned by the fact that European policies are increasingly trying to drive people out of Europe, making applications for asylum difficult, and leaving the burden of assuming responsibility at the external state borders, as was the case with Greece." These remarks come from a joint statement by a group of NGOs, including Amnesty International, Oxfam and Human Right's Watch, addressed to members of the European Council on 15 December.

It was an important day. An opportunity to discuss European migration policy and to talk about the EU's declaration on Turkey, made last March. First and foremost, it was about making an initial assessment of the Partnership Framework of Cooperation, the new plan launched in June 2016 by the European Commission which anticipates special partnerships with third countries of origin in order to "save lives at sea, increase the number of return journeys, allow migrants and refugees to stay in the host country and in the long term, to support the development of third world countries, thereby tackling the root causes of irregular migration."

Prior to the EU summit, the statistics were in favour of European action. According to the UNCHR, in 2016 the irregular arrivals in Greece went from roughly 20,000 a week in February to 5,000 a week from April -  one month after the declaration on the EU-Turkey statement and the closure of the famous "Balkans route." Moreover, this year also saw the number of lives saved as a result of operations led by the European Union surpass 110,000. Undoubtedly, the most effective operation has been Triton; launched in 2014 and costing more than 2.9 million Euros per month, whose ships operate within 30 nautical miles of the Italian coast. 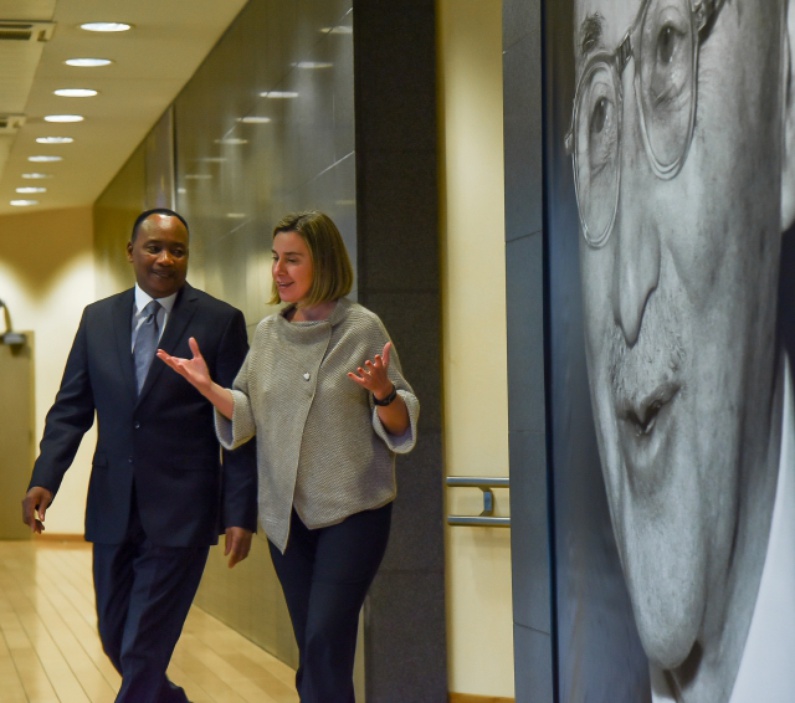 No new conclusions were made at this summit, the focus is the same as it was in October: the strengthening of engagement with Turkey, and calling on member states to join the efforts.

The Council renewed its commitment to five African countries and urged member states to ensure that their work is in line with the Partnership Framework. Finally, they encouraged member states to provide the European Asylum Support Office with sufficient resources. The heads of state and the government haven't changed its stance on the principles of responsibility and solidarity, which are at the heart of their operations. But there remains much work to do in order to reach a consensus, even if the need to reform the asylum system under the Maltese presidency seems to create unanimity. If there is an agreement it must be signed before the 30th of June; the new presidency begins in January.

According to one diplomat, Angela Merkel called for an agreement before then, but the Maltese Prime Minister Joseph Muscat went against her and declared that the Maltese people "would do their best."

"We are making slow progress"

"The focus today is to evacuate as much of the population as possible, of those who can no longer endure the bombings and the massacres," François Hollande declared upon his arrival. Charles Michel, Belgian prime minister, added: "We are supporting all of the efforts being made to protect as many of the Syrian people as possible. It is a painful, difficult crisis. I regret that Europe will no longer be able to play a political and diplomatic role."

Following the summit, the leaders congratulated the adopted positions. Paolo Gentiloni, in attendance for the first time as Italian prime minister following the resignation of Matteo Renzi, stated that he was happy that the EU is giving prime importance to the migration issue, but admitted that "we are making slow progress." The High Representative of the Union for Foreign Affairs and Security Policy, Federica Moghereini underlined the importance of strengthening relationships with African countries, Nigeria especially, to stop people from arriving in Libya and boarding ships.

This view is shared by Jean-Claude Juncker, who was visibly pleased following the meeting, saying: "The objective now is to reach a consensus on  the reform of asylum policy." Strong advice, which wasn't at all surprising. All that's left now is to ask: will the people accept the results of the summit?