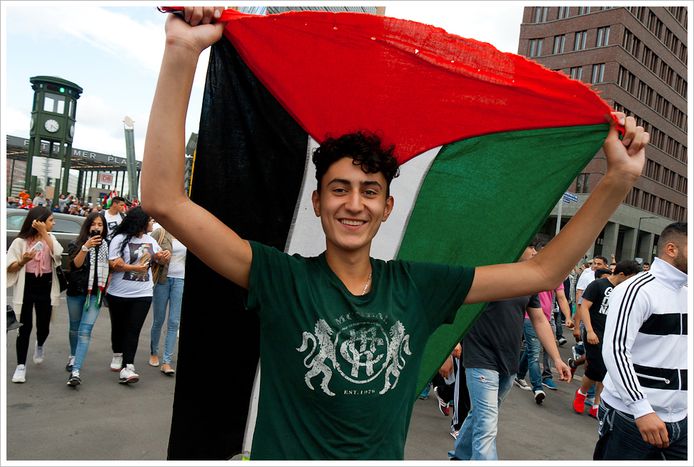 [Opinion] Today, Sweden recognised Palestine as a state. It is a first for EU Member States from the western side of Europe. Brits have voted to do the same, but how will this impact the ongoing conflict between Palestine and Israel?

“Today the government takes the decision to recognise the state of Palestine.” Swedish Foreign Minister Margot Wallström heralded the move as “an important step that confirms the Palestinians’ right to self-determination,” and for Sweden to serve as an example for other countries in the European Union. “We hope that this will show the way for others.”

The world was baffled when Sweden’s new Prime Minister Stefan Löfven stated that Sweden will now officially recognise Palestine as an independent State in one of his first speeches. Criticism was rife in foreign ministries around the world; in particular Israel and the United States, to nobody's surprise. Since the announcement, the Swedish ambassador has been summoned by the Israeli government. In an attempt to demonstrate confidence and defiance, Wallström proclaimed that “the United States most definitely don't make foreign policy decisions for the Swedish government.”

As international media is grappling with what this really means, there are a few interesting ongoings behind the scenes in Sweden. It is worth mentioning that Sweden’s current parliamentary situation is complicated. The recently formed government is a minority coalition comprised of the Social Democrats, traditionally the largest party in Swedish politics, and the Green Party, making their debut in government. Due to tight election results, the government needs support from the Left Party for most issues in order to push proposals through Parliament.

It is not unlikely that the proclamation about the recognition of Palestine is aimed at pleasing the left, that held high hopes of being included in the new coalition after Sweden’s parliamentary elections in mid-September. Although it is not uncommon for neither Social Democrats nor Greens to express their support for Palestine, it is a flagship issue for the Left.

Much like David Cameron who has been forced to push for hard-line demands in terms of the UK's relationship with the European Union to manage domestic turmoil, it is possible that Stefan Löfven and his government is making the case for an independent Palestine to brush over internal differences in the Swedish parliament.

The four parties in the former ruling alliance — two moderate and two liberal ones — are divided on the issue. The alliance continuously condemned Israel’s actions during the recent Gaza attacks, but they have yet to express unanimous support for Palestine as an independent state. Jan Björklund, party leader of the social-liberal People’s Party contested the statement made by Prime Minister Löfven. There was even a question of if recognising the state was unconstitutional; however, in the end, the recognition passed.

But, what repercussions does the Swedish recognition have in the Israeli-Palestinian fued? Before getting into a diplomatic and multilateral debate about whether Sweden’s position will have any significant effect on the future of Palestine and the halted peace talks, let us all lean back, take a deep breath and wait for the politicians to fight this out amongst themselves.