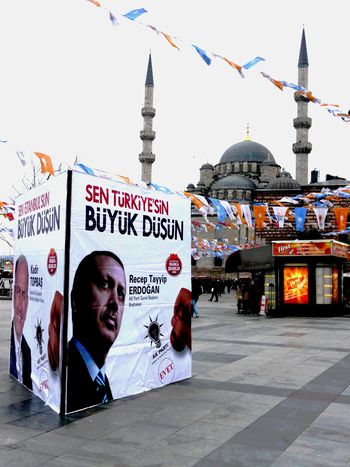 A faltering EU bid, separatist threats from the Kurdish minority and rumours of a presidential strategy. Ahmet Insel, a political scientist, liberal economist, editor of Orhan Pamuk and professor at Paris and Istanbul, spoke to cafebabel.com before the 12 June elections in Turkey

The 12 June elections in 2011 made clear to which extent Recep Tayyip Erdogan could continue the political transformation of his country. In his nine years in power he has diminished the role of the military and the judiciary, whilst the islamic democratisation society and rumours that he is establishing a presidential regime are ongoing. Interview.

cafebabel.com: Ahmet, what is the main challenge in these potential re-elections?

Ahmet Insel: Two things are for sure. Prime minister Recep Tayyip Erdogan’s justice and development (AK) party will obtain a majority because the party wants to change the constitution (created three decades beforehand during a military coup - ed). By law a three-fifths majority in parliament is needed for the slightest change in the constitutional charter, so the main challenge is whether the AKP will obtain a majority of 330 deputies in the 550-member parliament - it’s unlikely*, but it’s still a hotly debated theme. 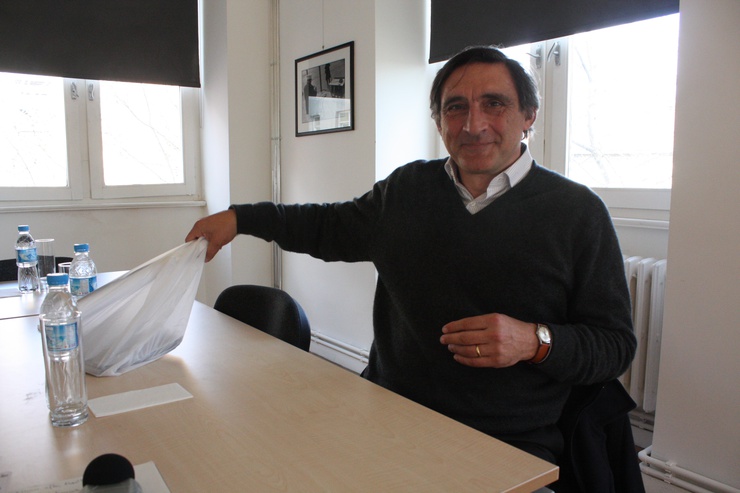 The second challenge is that this is a test for Erdogan. If after nine years in power the AK party maintains a score between 45-47%, the prime minister can already start thinking about his presidential campaign in three years time. He will do everything necessary to put a presidential regime into place.

cafebabel.com : What is your opinion about the electoral campaign?

Ahmet Insel: We have had a backslide in comparison to former campaigns. It was very difficult and violent on both a verbal and a physical level. The tensions were like those of the campaigns of the 1970s, when the offices of political parties were attacked and people were killed in police clashes. Turkey cannot be proud about this campaign. These tensions derive from two causes: for one, the ruling party’s arrogance gives the police the authority to intervene. Above all, it is down to the deteriorating relationship between the government and the Kurdish movements.

cafebabel.com: Is the prime minister’s authoritarian attitude leading to a polarisation in the country?

Ahmet Insel: Let’s say that Erdogan incites the admiration of a certain portion of the (15 million strong - ed) population, but also the firm repudiation and hate of a good third of Turkish citizens. Recently his authority has increased, but in the long run this could work against him.

cafebabel.com: Should Erdogan indeed win on 12 June with a three-fifths majority in the parliament, would he have complete power?

Ahmet Insel: As I said before, he would make constitutional changes and try to establish a presidential government. But he still has to convince the internal opposition of the party which is still divided about this project. He will have to find a majority coalition. Even with the assembly’s vote, the presidential reform will not be implemented: it will have to be subjected to a referendum. It's even not yet clear if a majority of AK party voters will be in favour of a presidential regime.

cafebabel.com: If Erdogan does not obtain the three-fifths majority, will political tensions heighten in parliament?

Ahmet Insel: Not at all. On the contrary; they will only increase if the AKP dominates the parliament, which is down to a general a fear about authoritarian drifts. A minor majority this would make this the case for a longer period, but it would be less dragged out on a social level: the 35 independent Kurdish MPs could play an active role on the minorities issue (south-eastern Turkey is home to 14 million Kurds - ed). This is crucial; if parliament does not engage in negotiations with the Kurds, they would be tempted to use weapons as a way of negotiating.

cafebabel.com: Erdogan was mayor of Istanbul between 2004-2008. Are his ‘mad’ projects like the ‘new Bosphorus’ or planned cities in the Ankara and Istanbul metropolises really feasible?

Ahmet Insel: Maybe, but nothing guarantees that a new canal (costing almost 30 billion dollars – ed) will be profitable. It's a bit exaggerated to call the planned cities on the outskirts of Ankara and Istanbul ‘mad projects’ – Erdogan actually finds himself completely at ease with such a sense of grandeur. Nevertheless it is surprising that he presents ‘mad projects’ firmly within the construction sector; what about political projects? For example he could get Turkey membership into the European union (EU) instead, by 2023 at least (which marks the centenary of the Turkish republic - ed).

cafebabel.com: Has EU membership become less of an issue since Turkey is now the world’s second largest economy? It launched its membership bid in 2005…

Ahmet Insel: Yes and no. It's more a message to Europe: - ‘If you do not want us, we will make you regret it’. It's a kind of lovers tiff since a majority of Turks still want to join the EU.

cafebabel.com: Was the EU an election campaign thematic?

Ahmet Insel: It was never brought up. The trend is basically to wait until (French and German leaders) Angela Merkel and Nicolas Sarkozy are out of power, and to talk about it then.

*On 12 June Erdogan won a third consecutive term in Turkey with around 50% of the vote, however with only 325 seats, just below the 330 required for a plebiscite on a potential new constitution