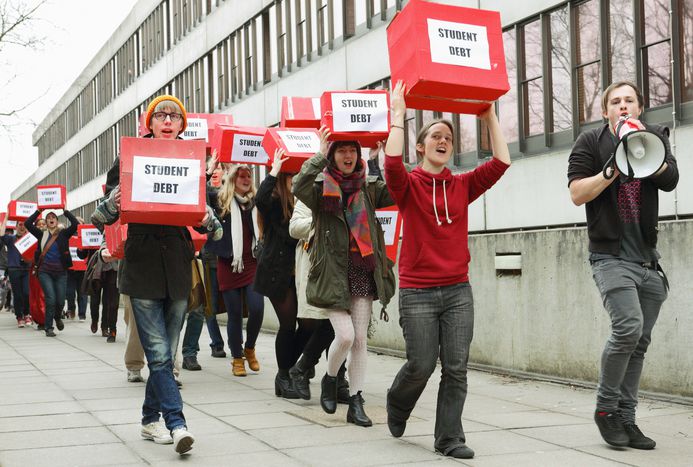 Rebelling against the neoliberal university

Higher education across Europe is becoming increasingly marketised. Universities are becoming centres for profit rather than education.

Recent events at universities in England and the Netherlands have shown that students are trying to push back against this tide of bureaucracy and unaccountability.

Two scenes of student activism in the UK - in 2012, at the height of Occupy Wall Street, a group of students at the University of Warwick in England stage their own occupy protest on the lawn of the university’s Senate House. A tent is erected and several academics from almost every department agree to speak on subjects ranging from Marxism to poetry.

The response from the university’s security staff is a mixture of a strange paternalism and bafflement – they drink tea in their polyester uniforms, unsure of what is really happening or what their job supposedly is. Fast-forward two years – a similar group of students are sitting in the foyer of the same building, quietly discussing a national demonstration held earlier that day.

The same security staff arrive in specially modified vehicles with sirens and hi-vis paint jobs; they explain the police have been called for a separate incident so no one is that alarmed. Seconds later the police do come – only it’s unclear what they want as they immediately start pushing the students, spraying OC gas in their faces and holding tasers above their heads.

A video of the incident between protestors and the police (YouTube)

These two events don’t tell the whole story of what’s happened to the university since the tripling of tuition fees by the coalition government in 2010, but they are symptomatic of the wider consequences of this rise, and the increased marketisation of higher education across Europe.

Despite promising to put “students at the heart of the system”(PDF) of universities in England, that system turned out to be one in which students are both the somnambulant consumers of business-style training courses, and the shiny products on a production-line of intern-fodder for increasingly cash-strapped businesses.

The irony is, in trying to make universities more like global corporations, the British government has one of its most unquestionable policy successes. British, and especially English universities, are just like British businesses. Salaries for those at the top increase year on year while teaching contracts are casualised.

As excellently described by Marina Warner, a new nomenklatura of functionaries and administrators charged with cutting costs has risen up, whilst getting a permanent job as a recently graduated post-doctoral researcher is almost unheard of. The explosion of these kinds of roles – assistant registrars, chief undersecretary to the assistant officer for student satisfaction etc - shouldn’t be seen as the failure of marketization, but as its apex.

The worship of competition across widely different disciplines, seeking out profit even in the most abstract or obtuse research (“what does the Romantic philosophy of art have to teach today's entrepreneurs?”) requires the incredibly costly upkeep of an authoritarian vision for the- future.

There’s a name for this kind of thing, and LSE anthropologist/waist-coated radical David Graeber hits the nail on the head when he argues that the bureaucratic nightmares of neoliberalism have more in common with Stalinism than any idealised capitalism. The University of Warwick, it emerged this week, even has its own secret police! 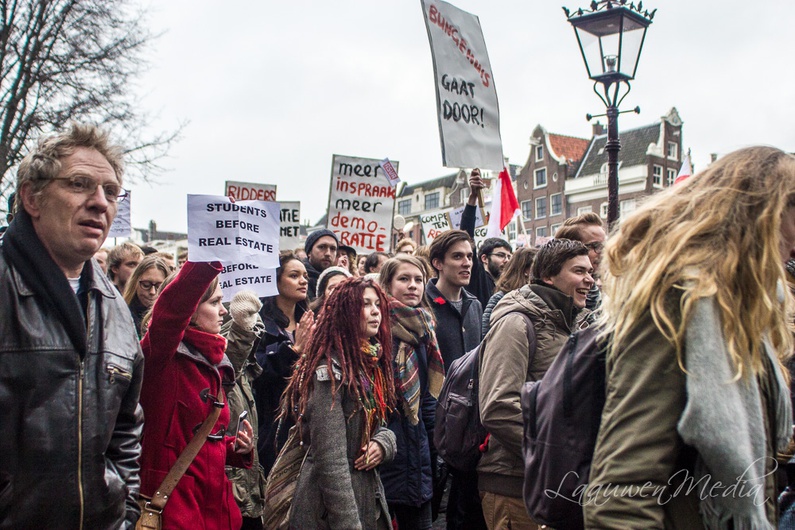 So where does this leave students who don’t want to spend their lives in the purgatory hell of unpaid internships and transferable-skills farming? Well, the failure of the 2010 student movement in the UK, led by the now increasingly ersatz National Union of Students (NUS), resulted both in introspection but also a willingness to look beyond the tactics they had inherited from a politically-compromised NUS – insisting as they still do that one more speech will do the trick.

Taking inspiration from the victories of the Quebecer student collective CLASSE, new student movements like those at Warwick, Sussex and LSE in the UK, and at Amsterdam University in the Netherlands, have adapted to a neoliberal academy whose management are seemingly impervious to critique or accountability.

That’s not to say that argument and debate aren’t important – they are - but that the spirit of those enlightenment values can only be corroded by a system which demands that students be unthinking consumers.

A new strategy against the marketisation of higher education

Instead the occupations that continue to spread across Europe and elsewhere have shifted strategy from the wide-ranging focus of movements like Occupy Wall Street (OWS) to a situation in which the protesters act as if the conditions for a university based on the free exchange of ideas already exist.

This explains why groups like Warwick for Free Education and the occupiers at the University of Amsterdam choose the spaces they reclaim not only for their symbolic value but which are involved in the real functioning of the university itself. The humanities building which currently houses the student protesters at Amsterdam, for example, was due to be converted into a luxury hotel complex before it was reclaimed on behalf of “the new university”.

Warwick’s Senate House, similarly, is where the university’s management meet over expensive pastries. This is not a politics of saying-what-we’re-against, but a politics of saying-by-doing. These spaces are not symbolic – they’re productive. Productive of new experiences of teaching and learning, but also of solidarity and support between students, tutors, and zero-hours service staff without whom the university simply couldn’t function.

To Warwick’s chauffeur-driven Vice Chancellor they might be “yobs” but to everyone else they’re heroes.