The EU wants to lift the arms embargo on China. But China's catastrophic human rights record and strategic considerations in the region should make Europeans cautious 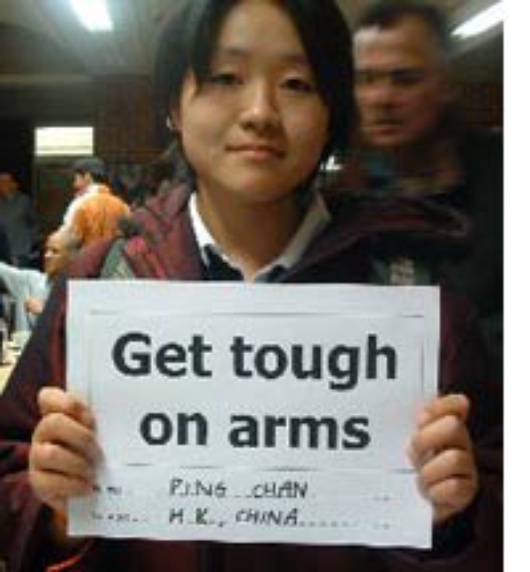 As China’s Prime Minister and General Secretary of the Communist Party (CP) in the 1980s, Zhao Ziyang laid the foundations for China’s economic boom with his market reforms. He adopted political changes that paved the way for more respect for the rule of law, democracy, and freedom of conscience. He died a few weeks ago. While the passing of most CP dignitaries is met with great fanfare, this time silence reigns across the country. While in office, Zhao committed a grave error, as the state news agency reported after his death: during the pro-democracy student protests in Beijing in the summer of 1989, he had signalled his willingness to negotiate with the demonstrators. Thus he forsook the essential party line in order to engage with the students. On June 4th 1989, the Chinese Army rolled tanks into Tiananmen Square (Square of Heavenly Peace) and shot down the protesters without mercy. On that day, more than a thousand people died in the hail of bullets.

In contrast to the United States, the EU reacted promptly and adamantly to the Tiananmen Square massacre by enacting a weapons embargo against China. The embargo still stands, 15 years later, but the end may be near. For some time, China has been pressuring European countries to lift its arms export ban. According to China’s Foreign Minister, Li Zhaoxing, it is merely a relic of the Cold War and no longer relevant, as he said at a meeting with Irish parliamentarians last April. France and Germany have been supporting the official Chinese position for the past two years. German Chancellor Schroeder announced that it was “high time” that we recognised the highly responsible policy China has taken on the issue of North Korea and its wide-reaching cooperation during the Iraq crisis. By mid-January, British Foreign Minister Jack Straw had joined the chorus of advocates of lifting of the ban; he foresees the end of sanctions within the next six months.

The reasons behind the proposals on both sides are obvious. For China, it is first and foremost about being on an equal footing in its partnership with Europe as an up-and-coming world power. Keeping its arms up to date is a natural part of China’s world power ambitions. It is not surprising that an arms embargo from its two biggest trading partners, both constantly reminding it of its brutal human rights abuses, is annoying to China. On the other side lie European business interests in what is potentially the world’s biggest and most lucrative arms market. In particular, the crisis-ridden French military industry sees in the Chinese market the chance to shore up its persistent losses through arms exports. German Chancellor Schroeder, who wants to double trade with China by 2010, has now made five trips to the area, not only with arms deals in mind, but also fat political prospects. Germany needs China if it wants to realise its dream of a permanent seat on the UN Security Council.

In 1989, the embargo was a clear sign from Europe that blatant human rights abuses would not be tolerated. Lifting the sanctions would amount to a statement that China’s human rights situation had improved. Yet the facts speak otherwise. They include daily arrests of trade unionists and internet users, the persistent use of torture in Chinese prisons, the increasing exercise of the death penalty (over 200 people have been executed in the last two weeks alone, according to Amnesty International,) and the repression of ethnic minorities, such as the Muslim Uigurs of Xinjang Province. If the EU wants to maintain its credibility, it has to be consistent on human rights questions.

While the ethics of the situation may have been long ago forgotten, as Joris Zylberman wrote of China-EU relations this time last year, there are good strategic reasons not to lift the embargo. China aspires to hegemony in south-east Asia, in conjunction with developing nuclear potential over the long-term. As a rapidly growing great power, it has repeatedly shown that it wants to use its expansionist drive to promote national interests – with force, if necessary. China’s display of power is not a bad thing per se, but should be met with great caution. Arming China amounts to playing with fire: it means redistributing military might in the international arena. Zhao Ziyang would be rolling in his grave if he knew that Europe wanted to start handing weapons to China again – regardless of what their stated purpose is this time.