Reality TV: so bad it's good?

More Brits (14.2 million votes, 2002) dialled a premium-rate phone number to voice their opinion in a 'Big Brother' series than voted for the governing Labour Party at the 2005 general election (9.5 million labour voters). The vox populi asserts that reality TV is here to stay 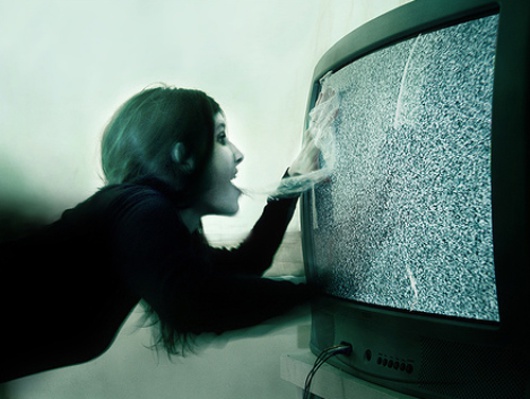 Who is sucking who in? (Photo: Big Fat Rat/ Flickr)

The only thing that unites the veritable smörgåsbord of reality programmes is their very 'unreality' – be it their stylised, angled framing or their recreation of situations of human interest. But an ever greater number of such programmes and the prevailing 'seen it all before' viewer attitude has driven the industry to resort to increasingly extreme stunts to grab the headlines - leaving the conventional limits of bad taste far behind.

Launched in the Netherlands in 1999, 'Big Brother' (BB) is now an annual feature (bi- and tri- annual in some cases), in the television listings of the twenty-seven European countries. Contestants are members of the public who are confined in a house for a number of weeks, whilst viewers vote the 'housemates' off. The show’s unchanging core concept means that the necessity to maintain interest has led to gimmicks and controversies of increasing shock-value, which vary in emphasis across BB's different national versions.

Producers of Big Brother UK, due to screen its ninth edition next year, have tried to provoke stormy sexual politics amongst the housemates. They provide insufficient beds and unfailingly over-represent sexual deviants in their choice of contestants – including a 'psychic witch' in 2005 and a Portuguese transsexual who won the show the year before. Meanwhile the Czech Republic's 'TV Nova' had gorillas as contestants.

The German version on RTL II made headlines in 2005 for dividing contestants into ‘rich’ and ‘poor’ at a time when the country was experiencing benefit cuts, the highest unemployment in Europe at the time and widening social splits. Blasphemous expletives on Italy's 'Grande Fratello' on Canale 5 provoked a religious outcry Broadcasters RAI and Mediaset were fined 100, 000 euros on 4 October this year.

Soon, no centimetre of the human anatomy will be left beyond the cameras’ reach. Back to Britain, the ever-dire Channel Five (which regularly shows live plastic surgery) broadcast a live birth by Caesarian section, an experience that left the presenter, let alone the mother, 'quite emotional'. In 2005, Dutch Talpa TV broadcast a pilot episode of 'I Want Your Child And Nothing Else' - a woman appealing to viewers to donate sperm.

These levels of extremities have led to several high-profile ‘hoax’ reality programmes. In another Dutch programme in 2007, 'The Big Donor Show', a terminally ill woman chose which of three ‘contestants’ was most deserving of her kidneys. It was later revealed they were actors, successfully using the reality TV format to draw attention to the shortage of organ donors in the country.

But reality television is more than just a bemusing phenomenon. What does its popularity say about the Europeans who watch it? Does criticism of the format represent snobbish dismissal of fundamental human interests – the macabre, the bizarre, the exploration of the depths of the psyche and the laws and nature of our psychology? Or is reality TV a case of the greed of television producers being matched only by that of those contestants keen to grab their fifteen minutes of fame; in short, a modern form of the cock-fights held in town squares of days gone by?

The core premise is that of 'reality' having innate drama that can be captured without resort to fictionalisation. Susan Sontag reconciles the love/hate opinions that tend to arise whenever this quintessentially kitsch phenomenon is discussed best in her 1964 seminal cultural essay 'Notes on Camp': 'Camp sees everything in quotation marks. It's not a lamp, but a 'lamp'; not a woman, but a 'woman.' To perceive Camp in objects and persons is to understand Being-as-Playing-a-Role. It is the farthest extension, in sensibility, of the metaphor of life as theatre - it's good because it's awful.'