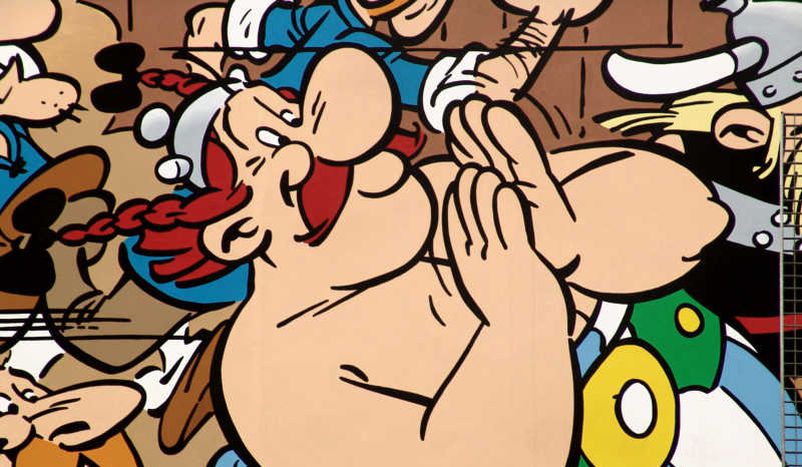 [Commentary] At the Conservative Party Conference in Birmingham, Liam Fox, British Minister for International Trade, revealed one of the most important cards for the British in Brexit negotiations: EU citizens living in Britain should be left in limbo about their status after Brexit. And suddenly Obelix's words ring true: "They're bonkers, the British!" A commentary.

"They're bonkers, the British!" says Obelix bluntly in the film Asterix in Britain (fr. Astérix chez les Bretons). In these Brexit times his opinion is gaining popularity: not only is Obelix's well-meaning phrase being used, in the case of the German publishing house Rowohlt Verlag, on the cover of the book 'Die spinnen, die Briten! Das Buch zum Brexit' [They're bonkers, the British! The Book about Brexit] by Johann-Günther König, it is also making the rounds in the German media, from Die ZEIT to taz, all the way to the NDR, and is establishing itself as a frequently occurring title for any commentaries on Brexit. 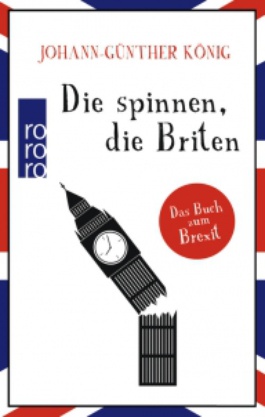 Given the most recent statements by British Minister for International Trade Liam Fox regarding the status of EU citizens in Britain after Brexit, it's also difficult to argue otherwise. During the Brexit negotiations Britain will primarily be able to rely on EU citizens living in Britain now having an undefined status. Getting rid of this card would make no sense, stated Fox in early October at the last Tory Party Conference in Birmingham.

2 million EU citizens in Britain are therefore being left in an uncertain situation as a result of tactical manoeuvring. Many of them have settled there, work and pay their taxes, have built a livelihood for themselves and invested in the country. They have placed their trust in Britain as both a friend and partner in the European Union.

They are now being degraded from equal citizens and tax payers to goods for exchange - undoubtedly not a great feeling. In their position, if you were to react sensitively you may well say you feel betrayed by Britain, and with statements like those made by Fox, insulted too. After all, those EU citizens living and working in Britain didn't make it their adopted home on a whim. They settled on the island under the EU Agreement on the Free Movement of Persons, which was signed by the British government - an agreement which also makes it possible for British citizens to work and live in different EU countries, without needing specific permits.

With the clumsy "political hostage-taking" of 2 million EU citizens planned by the British government, led by the unelected Prime Minister Theresa May, resentments towards the EU come to light which appear to be unfounded. As an equal Member State and voluntary signatory to EU legislation, Britain is neither a victim of the EU, nor merely at the disposal of fellow European citizens.

Were we to view EU citizens living in Britain through Liam Fox's eyes, as a resource that can be exploited for the benefit of Britain, it would have to be highlighted that according to the study "The Fiscal Effects of Immigration", which was carried out at the Centre of Research and Analysis of Migration at University College London in 2013, from 2000 to 2011 citizens from the EU together with citizens from Norway, Iceland and Liechtenstein paid 34% more taxes into the coffers of the British tax office than they received in social services. Making them a good deal for the British.

Liam Fox must have considered them to be a good deal too when he presented them as one of the most important cards to bring to the table during the Brexit negotiations.

From a very cynical point of view, he may even be right. The status of EU citizens living in Britain may prove to be the negotiation card that provides a solution to a home-brewed problem for Britain: Brexit is catapulting Britain out of the European Single Market. A market to which May's government would still like to have access, in spite of Brexit, without having to be a part of it, as claimed by Brexit Minister David Davis in September.

In September, David Davis indicated that the main goal in the Brexit negotiations for May's government is to procure an advantageous trade agreement with the EU, in the best case a free trade agreement. However, instead of making sacrifices to that end and accepting the free movement of persons, it would rather theatrically take Union citizens along as "political hostages" to the Brexit negotiation table. A mise-en-scène which toys with the fate of two million people.

"They're bonkers, the British!"