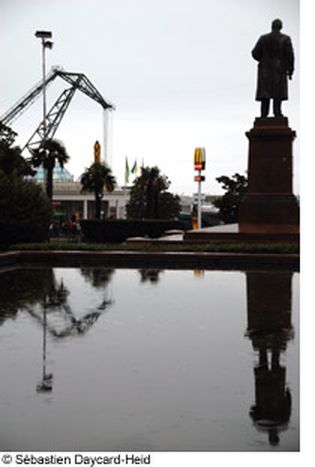 Rainbow revolutions, what colour will Belarus be?

The political change at the root of the mass demonstrations in Georgia or the Ukraine gave confidence to the social movements, but it also put governments that feel ‘threatened’ by them on the alert. Will the revolutionary rainbow finish in Kiev or Belarus?

Europe brought down the iron curtain of the Cold War very tactfully. With the Polish August, the spring of Prague, the Serbian October; a new notion of peaceful, gradual and negotiated revolution was born, far from the traditional Jacobin-Bolshevik model which ended up emulating the very thing it was fighting against.

In 2003, Georgia picked up the baton: the “Rose Revolution” opened a new series of colour revolutions, which spread through the ex-soviet republics of Europe and Central Asia. Before the timid “Tulip Revolution” in the ill-tempered Kyrgyzstan in the spring of last year, the penultimate chapter of this revolutionary tide turned the centre of Kiev, the capital of the Ukraine, orange, in the winter of 2004. There is a common standard for all of them: a huge wave of protests in the streets that bring down regimes that sympathise with the politics of the Kremlin then create states of multiparty democracies.

The interpretations of this phenomenon which threatens to cut off Russia from its old Warsaw Treaty allies once and for all and to dismantle the Community of Independent States (CIS), are however conflicting. Some see it as the materialisation of the Utopia where the people rule, whereas for others it is nothing more than the production of “prefabricated anarchies” in which a fundamental role is played by economic and military interests driven by western superpowers committed to weakening Russia’s international position.

The route of the revolutionary rainbow

What are the mechanisms of the new revolutions? Why did the same recipe that peacefully brought an end to the totalitarian government of Shevardnadze in Georgia cause hundreds of deaths among the opposition who rose up against the dictatorial regime of Islam Karimov in Uzbekistan in May 2005? For a start, the ‘Silent Revolution’ model that brought Victor Yuschenko to power in the Ukraine is not exportable to the ex-soviet republics of Central Asia. Two contrasting scenarios give us a clue; on the one hand, the pro-European and Atalanticist aspirations of the European states that form part of the former USSR; on the other hand, the threat of radical Islamism which always hangs over the Turkistan republics. In the first case, the transition to a new era of openness was an essential requirement. In the case of the states of the Ferghana Valley, the fight against the ‘fundamentalist enemy’ is the perfect excuse to crush the slightest hint of opposition without causing too much fuss.

In any case, there is a critical factor which ensures the good result of a colour revolution: the support of worldwide public opinion through the media. There is only a positive opinion if the protests have the approval of the western powers. Russian and American silence, as much from Russia as from the USA – who had economic and military agreements with Karimov’s Uzbek government – when faced with the killing of Andizhan last spring, is very illustrative.

Are these revolutions going to extend to Belarus, the last dictatorship in Europe? The governments of these countries have started to take drastic measures against what they consider genuine coups financed by the US. The aim? To limit the movement of the civil society and reinforce their continuance in power. The most recent laws against NGOs in Moscow are also reflected in neighbouring Kazakhstan, where the president Nazarbayev has set in motion a law against ‘extremism’ to counter an eventual social uprising which would prevent the passing of power to his daughter Dania.

In the case of Belarus, the Soros Foundation offices have been closed by Lukashenko’s government for several years. What is more, in 2004 Belarus passed – in a questionable referendum – the elimination of limitation for the president, which has allowed Lukashenko to stand again in the elections on 19 March 2006. Similar measures were also taken in Tajikistan or Turkmenistan as well.

The tense calm in which Lukashenko’s mandate was put into practice may be helped by the fact that Belarus is ranked 79 in the list of 191 member states of the UN in terms of Gross Domestic Product per inhabitant. 10 places above the Ukraine, just two places away from Kazakhstan, and way ahead of Georgia and the other ex-soviet republics that have still not changed their politics. Their economy has maintained growth rates of around 6% in the last few years, which minimizes the strength of dissents, whereas in the Ukraine everything has happened in the middle of an economic recession.

In the meantime, between the enthusiasm and the fear, everyone is trying to guess what colour the next revolution will be?