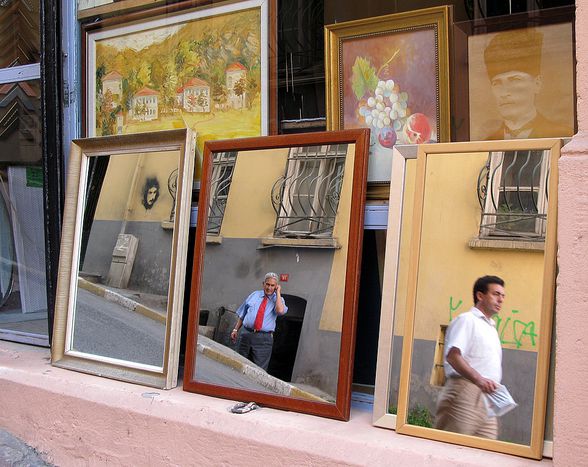 European leaders from Germany to Greece express their positions on the possible adherence of the member candidate to the European Union. Quotes

Spanish president José Luís Rodríguez Zapatero is one of the principle defenders of Turkey's right to join the EU.

'If Turkey joined the EU, it could overload the EU politically, economically and socially, thereby endangering the process of European integration'

German chancellor Angela Merkel is the main European partisan of a 'privileged association' agreement with Turkey. She is opposed to Turkey joining the EU.

'The Czech Republic is one of the countries which gives its unconditional support to the adhesion of Turkey to the EU. Expressions such as 'privileged association' are unacceptable. Any candidate fulfilling the criteria for adherence should have the right to be a member of the EU'

Czech prime minister Mirek Topolanek backs the entrance of Turkey unconditionally. He opposes the stance of its giant German neighbour, once again.

French president Nicolas Sarkozy's statements over three years resemble each other, but for different reasons. Whilst hey initially shared the German chancellor's line, his position in relation to Turkey has now become more flexible.

Kostas Karamanlis, the prime minister of Greece, speaks from a country with a history of conflict with Turkey

Italian prime minister Silvio Berlusconi gets the final word. He mimics his predecessor, staying in line with tradition.