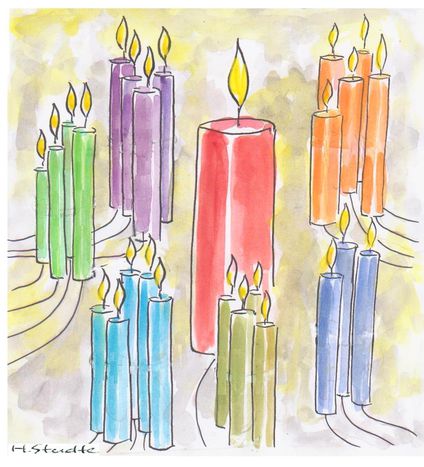 Two English words swim around a country where anglicisms have managed to stay out of fashion. An era of internet business models is turning that counter-trend around, focussed mainly on the French and American e-media landscapes. Phrase of the week

In France, a computer is an ordinateur, a mouse is a souris, but a pure player is a pure player. You’re reading this article in its published form on one of Europe’s oldest pure players: an enterprise entirely leveraged through the internet. Pure player media merchants are not on the rise in Europe, unlike their early noughties US counterparts Salon in 1995, and one year later the Huffington Post, the Daily Beast, Politico and Slate (which made it to Slate.fr in 2009). 1996 also saw the launch of the online Norwegian magazine Nettavisen.

After spreading to South Korea with the e-citizen media OhMyNews (2000-2010), cafebabel.com launched online from France in 2001, but pure players started dotting the country’s internet market from 2005 with Agoravox. Other leftist media websites followed such as Bakchich (2006-2011), Rue89 and MediaPart (both in 2007) and the newest ‘right-wing pure player’ Atlantico in 2011. A similar revival is taking place in Italy with Il Post defining itself as a super-blog and Lettera 43, both launched in 2010. Linkiesta has been online since January 2011.

In backgammon, a pure play  is a move which urges you to place your checkers where they’d win the game, even if they’d be exposed to your opponent’s move. France certainly wins in Europe. In Spain soitu.es is bankrupt, but it wouldn’t be called a jugaduro puro even if it weren't, just a revista digital ('digital magazine'), as in Italian (quotidiano online). The earliest and most known example of a German reiner Online-Medien is Netzeitung (2000), which today has become a news aggregator. In German the term reiner Internetanbieter (literally ‘offered purely on the internet’) would apply to retail sites such as allegro, the Polish Amazon: the literal translation of pure player in Polish is czysty gracz (pure play or ‘fair play’). Equally, even though Hotnews.ro has been called Romania’s biggest ‘rogue pure-player’ in the English-speaking press, the term jucator pur refers to the business practice of pure-play - a company which focuses on one specialist product. The opposite to that is a conglomerate.

The word pure comes from the Latin purus for fire. Slang presumably arising from seventies America describes a player as a baller, a man who ‘plays the ladies’. Seen in a negative light, a pure player is one who manipulates others - or something which exploits the internet’s sources. The intellectual French probably won't worry that the term infiltrated their language though, as this is a media-tech phenomenon: that's allowed.