Proud to be European? 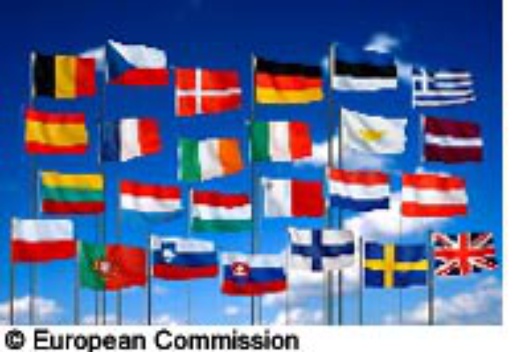 In the referenda that will take place in many member states of the EU, millions will vote against the Constitution due to fears of losing control of the political and economic future of their country. Eurosceptics point to the religious, linguistic, economic, historical, cultural, ethnic and political divisions between European nation states as evidence for the ‘non-compatibility’ of members. But what is nationality anyway?

In Spain, for example, there is much controversy over whether the Basque people should remain Spanish citizens or whether they should have their own state. In the UK a recent survey of teenagers found that many saw themselves as English, Scottish or Welsh rather than British. An Italian from Milan might find more in common with a Parisian than with a Sicilian compatriot. Yet despite this, a core set of European cultural, political and social values can be divined. This is acknowledged by intellectuals such as the late Jacques Derrida and Jürgen Habermas, who identifies five key European attributes: the neutrality of authority, trust in politics rather than the capitalist market, an ethos of solidarity in the fight for social justice, high esteem for international law and the rights of the individual, and support for the organisational and leading role of the state.

The problem for pro-integrationists is that this recognition of ‘Europeanness’ gets a mixed reception from the citizens of the EU themselves. The European flag, anthem and currency proposed by the Constitution do little to engender such an ‘espirit européen’, and given that the EU, in its present form, appears dominated by issues of agricultural subsidies and budget deficits it is perhaps easy to understand why the institution hardly generates much pride or passion. A Eurobarometer poll held in 1999 found that although around 6 in 10 EU citizens did see themselves as ‘attached’ to Europe, 87% still felt more allegiance to a national rather than European identity.

The effect of the Constitution

Assuming this does not stop the Constitution being approved in popular and parliamentary referenda, it is hard to believe that modifications to the division of responsibilities, such as new EU powers over justice policy, will result in a significantly enhanced perception of European identity. Despite claims by Eurosceptic groups such as Britain’s ‘UK Independence Party’, the Constitution will not result in a European super-state as it spells out more clearly than previously where boundaries between national and supranational decision-making lie and ensures that power is shared by both European and national Parliaments. Furthermore, it even includes a formal procedure for countries to leave the EU – demonstrating the voluntary nature of the Union. Moves more likely to strengthen identity will be the introduction of a full-time President of the European Council (with a two and a half year term, allowing more continuity than the current six month ‘rotating presidency’ of member states) and a Foreign Minister. This should give the EU more of a ‘personality’: figureheads to stand out from what is seen in many quarters as an organisation of ‘faceless bureaucrats’.

However, the reality is that none of these moves is as substantial as it seems. The President will have limited powers and the Foreign Minister and foreign and defence policies, although prominent, could suffer image problems, as they will only be able to work where there is common ground, so would be rendered somewhat irrelevant during disputes such as that over Iraq. With accusations of the EU being undemocratic, the European Parliament, as the only institution in which voters get a direct say, is crucial for a positive image of European integration and identity. Changes to the Parliament in the Constitution, while lower profile than those in other areas, confirm and increase the strength of the Parliament – giving it new powers of ‘co-decision’ with the Council of Ministers.

The prospect of an EU in which citizens, ‘united in diversity’, appreciate each other’s unique cultures, traditions and shared values as part of a varied patchwork of European identity is surely an attractive one. However, it is fair to say that, given that nation states will still have the final say on key political aspects of ‘identity’ such as internal security, foreign, defence and economic policies, it is not realistic to expect the Constitution to cause a sudden, widespread recognition of European identity. Alongside the EU’s cultural projects, it would nevertheless lay important foundations onto which further progress could be made.