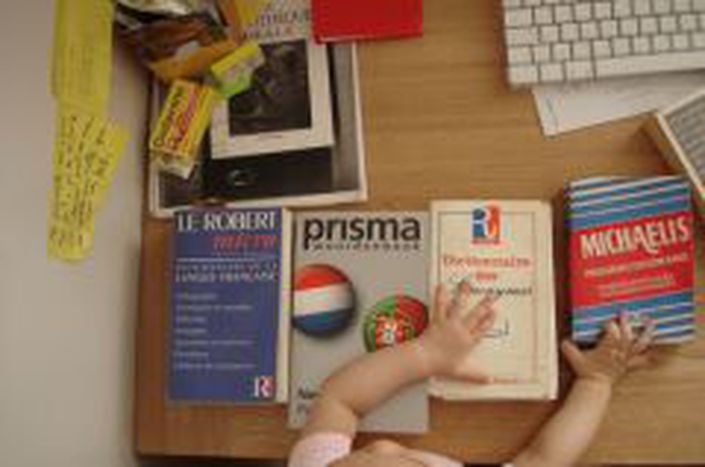 Promotion of multilingualism in Europe

The Babel link on Monday (23 June) Translated by Katherine Short

2.4 Euros per year, per capita, in total 1 billion Euros annually or 1% of the EU budget. That is the budget that the EU has granted the European Commissioner for Multilingualism, who, since the expansions of 2004 and 2007, is responsible for the management of 23 national languages.

At the request of José Manuel Borrosos, the chairman of the European Commission, and Leonard Orban, the Commissioner for Multilingualism, a group consisting of intellectuals under the leadership of the author Amin Maalouf has been formed. They have been given the task to discuss “the contribution of multilingualism to intercultural dialogue and mutual understanding of citizens in the EU”. The group consists of, amongst others, the Director of the Goethe Institute Jutta Limback, the author Tahar Ben Jelloun and the philosopher and former minister for education in the Czech Republic Jan Sokol. The result of this information exchange is a report with the title “A Rewarding Challenge: How the multiplicity of languages could strengthen Europe”.

The report begins with a warning: “Needless to say, language diversity entails constraints; it weighs on the running of the European Institutions and has its cost in terms of money and time. This cost could even become prohibitive if we wanted to give dozens of languages the rightful place which their speakers could legitimately wish for.” Furthermore, the report examines the risk of the decline of multilingualism in European Institutions. “Against this background, there is therefore a strong temptation to tolerate a de facto situation in which a single language, English, would be dominant in the work of the European Institutions, in which two or three other languages would more or less manage to hold their own for a little longer, while the vast majority of our languages would have but a symbolic status and would hardly ever be used in joint meetings.”

Such a development was not desirable to the group of intellectuals. “It would be damaging to the economic and strategic interests of our continent and all our citizens irrespective of their mother tongue. It would also be contrary to the whole ethos of the European project, in more ways than one.”

The report, which has the aim of preserving the linguistic diversity of Europe as a basis of European identity, delivers a few pioneering proposals for the next few years. The suggestions concentrate on two main ideas. “The bilateral relations between the peoples of the European Union should hinge by way of priority on the languages of the two peoples involved rather than on another language. This means that every European language should have, in each of the countries of the European Union, a substantial group of proficient and highly motivated speakers.” More precisely, “every European should be encouraged to freely choose a distinctive language, different from his or her language of identity, and also different from his or her language of international communication”.

The clear aim is to motivate people to learn languages. “By drawing a clear distinction, when the choice is made, between a language of international communication and a personal adoptive language, we would encourage Europeans to take two separate decisions when it comes to language learning, one dictated by the needs of the broadest possible communication, and the other guided by a whole host of personal reasons stemming from individual or family background, emotional ties, professional interest, cultural preferences, intellectual curiosity, to name but a few.”

Europe is based precisely upon this diversity and the intellectual group expressed the following opinion “To neglect a language is to run the risk of seeing its speakers becoming disenchanted with the European project. People cannot be expected to be wholeheartedly behind Europe unless they feel that their specific culture, and primarily their language, is fully respected and that the integration of their country in the European Union contributes to the flourishing of their language and culture rather than marginalising them.”

The report has been met with different responses

The report was submitted to the Ministers of Education of the EU Member States at a conference on the 13th February entitled “Promoting Multilingualism: a shared commitment“, which was organised by the Slovenian Presidency. The response was mixed: Some ministers saw the idea as utopian while others wanted to first concentrate on current initiatives.

Last September the European Commission has published a report on the theme of multilingualism.