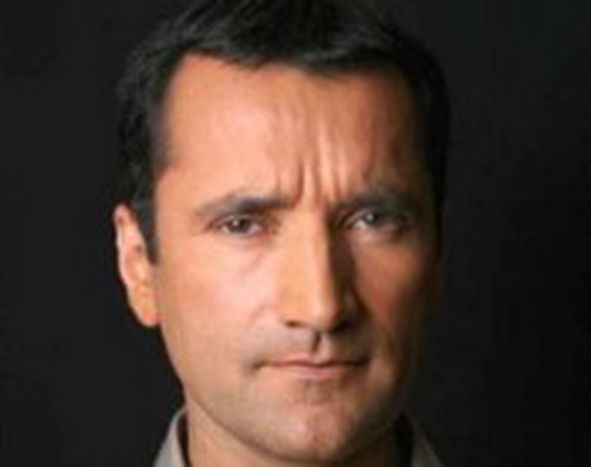 Gabriel Mouesca, former inmate and president of the French section of the International Observatory of Prisons (OIP), maintains that no country is exemplary when it comes to putting people behind bars

He knows how zonzon (French slang for 'prison') goes. After 17 years in jail, Gabriel Mouesca was unanimously elected president of the International Observatory of Prisons ('Observatoire International des Prisons'), in June 2004.

Founded in 1990, the association promotes respect for prisoners - fervent and long-term battle. Yet in the eyes of the 46-year-old, the 'most basic of rights are not always respected while in prison. Fed by hatred and violence, those who eventually leave prison will become real human time bombs.'

Do penal initiatives undertaken at a European level contribute to an overall improvement on the question of putting people behind bars?

The concept of the European system is that imprisonment must be a punishment used as a last resort. Ideally, you condemn and lock someone up to prepare them eventually for leaving and retaking a place in society. European authorities insist that prison should be a place where a prisoner can rediscover his social body. They should be conditioned to allow easy reinsertion back into society, and not be a 'human storage centre' of those having committed petty or more serious crimes.

How are these rules able to influence initiatives undertaken by state members in their respective penal plans of action?

The European Union would like prison living conditions in prisons to be as close as possible to those of the outside world. One such condition for example, is the preference to maintain a family link, for example in permitting prisoners to telephone their relatives. Today, 70% of French detainment centres, including prisons, do not have the ability to allow prisoners to use the telephone. If these European penal rules were put into force, the de-socialising effect of prisons would be slimmer. Those leaving prison would in fact have less and less difficulty fitting back into society.

Let's tackle the question of sexuality in prison. Spain has for a long time understood that organising intimacy and sexuality in prison respects the balance of male and female inmates entrusted to them. The treatment of this issue in France verges on the almost barbaric. There are less than a dozen establishments in this country that are labelled as places in which, occasionally, detainees are able to have a time and a place to preserve their intimacy and sexuality.

On 15 February 2006, a report by Alvaro Gil-Robles, former First Commissioner for Human Rights, denounced the 'overwhelming overcrowding' of French prisons. He damns the country as being the 'worst European pupil', putting it on a par with Turkey. What do you think of this?

I have an unfortunate remark to make: there is not one single country that is exemplary when it comes to putting people behind bars. There are countries that only make an effort. But you cannot say that France is a completely isolated case. The mother of all headaches here is clearly the issue of overcrowding: today there are nearly 10,000 prisoners too many in French prisons, which is a consequence of current penal policy. We keep people in prison for longer and we refuse to enter into punishment management.

It is from this harsh reality that problems of personal hygiene, intimacy, lack of activities, taking on of prisoners with poor health, difficulties of managing visiting rooms and maintenance of family ties emerge. The European penal rules represent a particular form of the ideal, an attempt to put into effect the values that we enjoy. However, to date there is still not a single country where these arrangements have been totally enforced.

What solutions do you propose in order to combat overcrowding in prisons?

The idea is not to increase prison capacity, but to take those in prison who have nothing to do there and give priority to alternative methods. It is not only a policy choice but also a step forward for our civilisation. It is essential that we pass from the archaic era of the prison to an era of the 'useful punishment', of a sanction that will be both an education and an aide. I believe in this, because for a long time, prison has proved its incapacity of being socially useful. It remains a dangerous social tool.

What role can the EU play in the 'progress of our civilisation'?

We must not consider the EU as a foreign empty shell. We make up part of Europe; we have links through the hearts of our institutions, not only of elected representatives, but also of French civil servants. Europe is a reality that is becoming more and more important in our daily lives, even in an often-subconscious way: we live in this reality as we consume, earn a living, work. We must hope that younger generations will be more drawn towards this ideal that is the construction of a European space, and that this space will also feature on the penal plan of a space of progress.