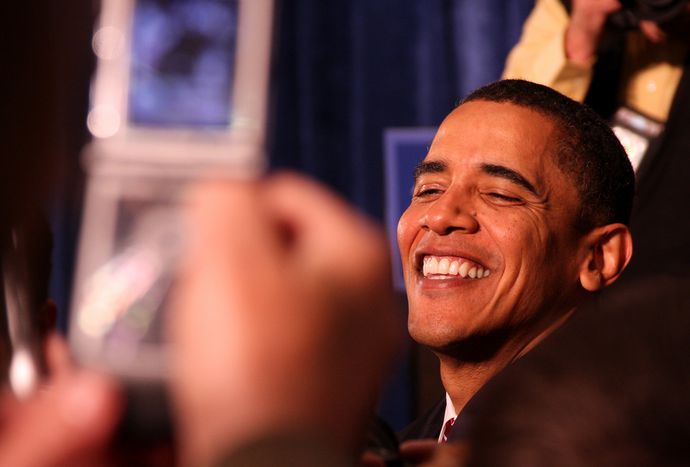 Press review: why is Barack Obama so popular in Europe?

Are we overly optimistic that the democratic candidate would improve the trans-Atlantic relationship, should he become US president in elections on 4 November?

Europe's attitude is governed mainly by emotions, not political issues, the daily believes. ‘Life will certainly be uncomfortable with the democrats, the experts and analysts warn; the saviour will demand that the Europeans send more soldiers to Afghanistan; on trade policy he will yield to the pressure of the protectionists in his party. These advocates of cool objectivity are right on every score, and yet they are mistaken all the same. No other relationship with a foreign country arouses such strong emotions in the European population as that with the USA. After eight years of the culturally alien, politically incompetent, high-handed George W. Bush the trans-Atlantic relationship needs a positive figure to identify with more urgently than at almost any time in its history. The elegant, politically agile and physically sleek Barack Obama is certainly far more capable of offering the Europeans a plane for their positive projections than the odd-ball John McCain’ (Thomas Klau)

The business newspaper reflects on the phenomenon of ‘Obamania’ in Europe and says that the Europeans should not have overly high expectations of the next US president: ‘If the Europeans were able to elect the next president of the United States on 4 November the result would no doubt be a very broad majority for Barack Obama. But whoever becomes president, whether a republican or a democrat enters the White House on 20 January 2009 - the Europeans are expecting too much of him. They are expecting a radical change of course in US foreign policy. But the Europeans should not deceive themselves. Paradoxically, if they really want to obtain such a radical change in US policy, then it is the economic and trading power Europe that should change and become a real political entity in order to be a serious partner of the United States as well as China, Russia and the other newly industrialised powers’ (Jacques Hubert-Rodier)

'He will act no differently to Bush’ - Helsingin Sanomat, Finland

Markku Ruotsila, a lecturer on American and British history, criticises in his guest commentary for the daily the Europeans' unrealistic expectations of Obama: ‘People say and believe that as soon as he takes office he will turn his back on George W. Bush's foreign and defence policy and set the United States on the path of multilateralism, co-operation with the United Nations and the peaceful resolution of international conflicts according to the west European model.

This idea is absurd. Obama will act no differently to Bush on key foreign policy issues for the simple reason that there is cross-party consensus in this area in the US. Election campaign tactics may lead him to claim the contrary but the fact is that on the most important foreign policy issues Bush followed the US tradition. And Obama, too, will be no exception in this respect’ (Markku Ruotsila)

According to the daily, Obama is so popular in Europe because he invites his partners to participate in dialogue. It is only with Russia that he comes up against limitations: ‘In contrast to his republican rival John McCain, Obama believes that one can overcome differences through negotiations. But as history has shown, this is not possible with Russia. In this respect his policy of reconciliation is naïve and even destructive from the point of view of Estonia. We should not believe that Obama understands our history and our concerns for he did not visit our country during his tour of Europe. McCain on the other hand counts the leaders of smaller nations like Georgia among his friends; and McCain supported the country when it was exposed to Russian aggression while Obama went on holiday to Hawaii with his family’ (Priit Pullerits)