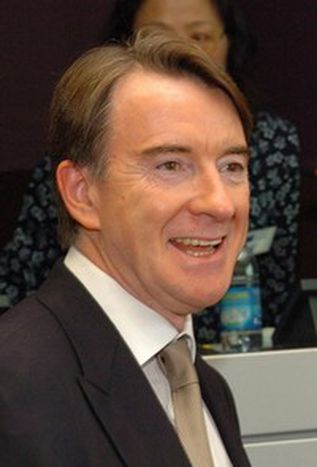 Once again, agriculture is at the very heart of WTO talks, this time taking place in Hong Kong from 13 to 18 December. How far are interested parties prepared to compromise to reach an agreement?

No single issue has divided the world community more than agricultural subsidies over the past fifteen years, pushing other trade-related issues to the sidelines. In fact, much, if not all, of the success of the current round of World Trade talks will depend on whether both the developing world and industrialised countries will reach an agreement on agriculture at the Hong Kong Summit. Why are positions so divergent when it comes to agricultural affairs?

When it comes to cutting down levels of subsidies or facilitating market access for agricultural products, the Five Interested Parties (a WTO sub-group comprising the EU, the US, India, Brazil and Australia) have different expectations. The EU has often been regarded as being the least compromising block of countries within the developed world, having among the highest levels of subsidies and trade-distorting mechanisms preventing agricultural products from non-EU countries entering the European market. On 28 October this year, European Commissioner for Trade Peter Mandelson presented the steepest tariff cut scheme in the history of the EU, proposing a 46% decrease in the average agriculture tariff. The real novelty of the proposal resides in the fact that even certain ‘sensitive’ goods would be included in the package.

Mandelson’s proposals have ruffled a few feathers among EU member countries, notably France, who fear that domestic farming will be injured, but at the same time have been labelled insufficient by other members of the Five. The US, for example, voiced its disappointment over the fact that the suggested cuts fell far short of its own proposal to cut trade tariffs by up to 90%. It also rarely misses an occasion to remind its European counterparts to get rid of trade-distorting practices so as to comply with WTO trade liberalisation rules. However, the US itself has also come in for criticism as its 2002 Farm Bill boosted subsidies for American producers by 80%, costing its tax payers an estimated £124bn.

As far as the Cairns Group is concerned, strong calls for the liberalisation of agricultural markets have been made. The Group, a coalition of 17 highly efficient agricultural producing countries that includes both developed and developing countries, is demanding that the EU be less timid about agricultural reform and is openly encouraging further trade liberalisation steps. Australia, for example, commended Mandelson’s package as a “positive move in the right direction” but has joined its sister member, Brazil, in criticising its shortfalls. Both are highly sceptical about the likelihood of a satisfactory deal being reached in Hong Kong in two weeks.

One of the key concerns for the developing world in terms of the outcome of the Hong Kong summit is whether there will be a general commitment from the industrialised world to widen market access to their food products. Despite tariff cut promises by developed countries, the developing world is not too optimistic about such seemingly valiant concessions on Western domestic agricultural interests. Lesotho’s Trade Minister Mpho Malie criticised the slow pace of agricultural reform in the industrialised world as well as the “low level of ambition” of the EU’s recent proposal on agriculture. Similarly, a number of WTO members identified a significant loophole in the Mandelson proposal: 8 percent of EU tariff categories will remain unaffected by the move, meaning that the potential benefits of the new EU proposals for developing countries are not as groundbreaking as they originally looked.

The liberalisation of services, another vastly contentious issue ranking high on the agenda of the WTO summit, also puts industrialised countries and developing nations in opposite corners. The US and the EU, for example, favour further liberalisation of services to accompany the opening up of markets in less industrialised countries, while the latter have pressed for a more dramatic opening of agricultural markets in developed countries in return. With Mandelson responding that he has “no plans to make a further agricultural offer” it seems that it will be difficult to reach an agreement.

Whatever the outcome of the WTO summit in Hong Kong, chances are that the developing world will not get as much as it’s hoping for as regards the exports of its food products. In discussions marred by disagreement and reluctance to compromise, a similar scenario is likely to survive until late 2006, when countries will hope to negotiate a mutually reasonable deal under brighter skies.