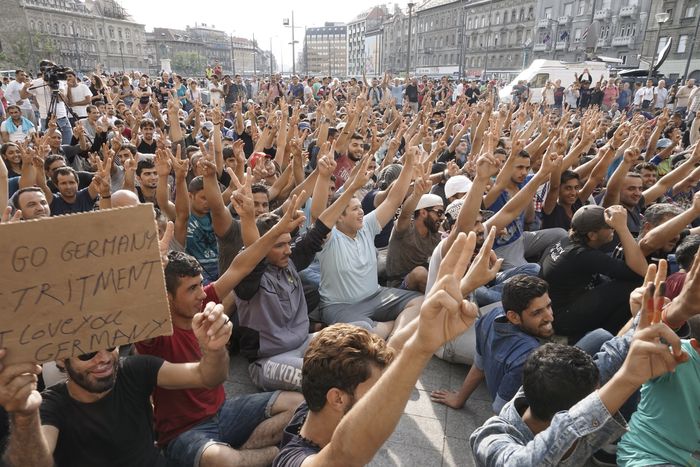 Predictions and Reality - 2015 in Review

2015 was an extremely eventful year. No matter if we think of war, politics, science, art or scandals, we had them all. In this article I try to give a short essence of these events and contradict my assumptions with the reality, focusing on the most important stories happening in Europe and specifically in Hungary.

The year kicked off with the terrible events in Paris, concentrated around the journal Charlie Hebdo. The immediate effect of the murders was outrage and massive protests. All the speeches held by politicians and civil organisations concentrated on one issue: the freedom of press. But if we assume that the terrorists’ action was not against some abstract idea, such as ‘the freedom of press’ – as Cafebabel did – we could reach an interesting conclusion. As we have seen in November in Paris, terrorists have much more subtle motives aimed at the promotion of their own radicalism among peaceful masses, than to fight with some abstract concept. Creating a situation, where the topic of not just the entire public sphere, but also the private homes’ is an aggressive Muslim community generates a sub-conscious anti-Muslim atmosphere alongside with the significant rise of the far-right. 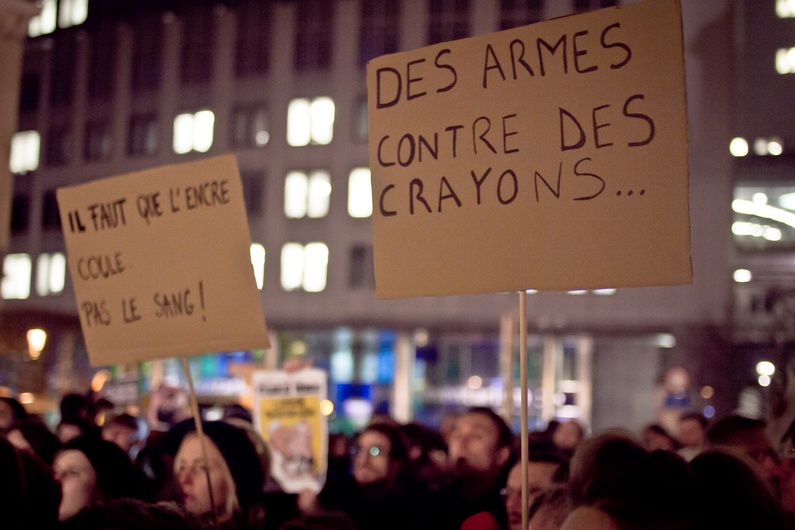 And radicalization on the one side brings about radicalization on the other side. The press - Cafebabel as well - predicted that labeling the peaceful communities will result in the growing number of foreign ISIS members, which turned out to be accurate. We also warned everyone not to become obsessed with ideas and most importantly do not let them overcome the individual.

The next month brought us one of the most entertaining events of Hungarian public life. Shortly after the Hungarian Prime Minister announced that they would introduce a new advertising tax, six top executives of a media group, controlled by former friend and ally of Viktor Orbán, Lajos Simicska, resigned. Their actions resulted in the so-called ‘G-day’, where Simicska announced a ‘total media war’ on the government and called the Prime Minister a 'scum' The media mogul, one of the richest people in Hungary then gave outraged interviews to anyone and in the style of Donald Trump basically sent everyone to hell, who supported the government.

The reason why this new tax was a huge shock for the Hungarian Les Grossman was that his financial help was crucial for the current government in order to win the elections. This happy alliance continued to work until Prime Minister Orbán decided to shift the emphasis of the governmental media campaign to the state media company, MTVA. Of course, this meant a huge loss for Simicska, but as he decided to enforce his anti-governmental rhetoric on his media companies, his editors had quit for ‘reasons of consciousness’. We predicted that this was going to be a final ‘break-up’ rightly because they still haven’t reconciled. In spite of the possible political role, which Simicska seemed to take up, there was no such and it turned out that his personality is not one of the politicians. Although his companies shifted to a more anti-governmental rhetoric they are still rather on the right side of the political spectrum, not joining the existing opposition.

This month was also famous for the visit of Putin in Budapest, and back then it seemed like that Orbán might get even more familiar with the East. It became clear since then that the Prime Minister is not willing to team-up with Putin and he would rather be in the EU as the ‘bad boy’ than be the ‘good boy’ of mother Russia. 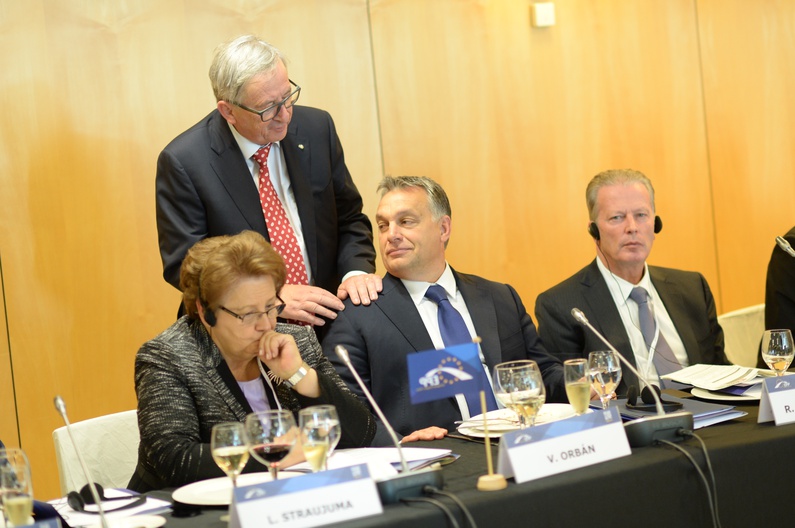 In May, the slap of Juncker became the emblematic event of the month. Cafebabel was surprised that the EU given its close relationship with diplomacy can allow herself to have a leader like Juncker, whose actions are everything but diplomatic. Calling a Prime Minister of a member state (Prime Minister Orbán)  a ‘dictator’ and slapping him is intolerable. I said that Juncker as a symbolic figure is unacceptable and he should either learn how to behave as a serious statesman and diplomat or resign immediately. In spite of his similar actions he is still in position and, in my opinion, he is still a ridiculous element of the EU. We have seen during the Greek crisis that he is not able to maintain his professional visage even in the gravest hour. And it is also important to note that despite his woes in his early days as the President of the European Commission, honestly, we haven’t heard of his work in the last six months. 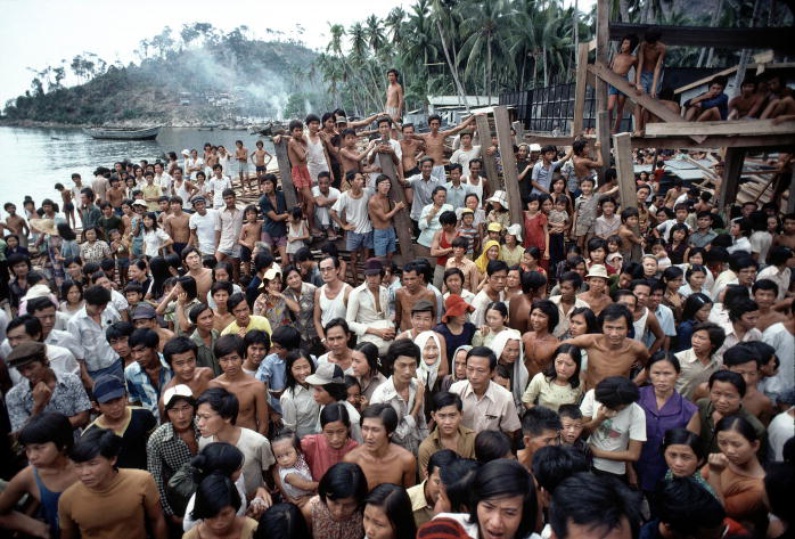 The summer of 2015 came and so did the refugees. With the formerly unforeseen amount of refugees fleeing into the EU, the idea of a wall built on the southern border of Hungary became a reality. We stated that this question is the most important question of the present and also the most significant crisis of the EU as a whole. Although it is unquestionable that the European morale urges us to help anyone and everyone in need, we warned that this is a question of utmost seriousness, which we need to tackle as a Union. My article called for thoughtful debate which would be wise enough to consider every possible solution (even the wall) without being trapped by the demagogue radicalism of one side or another.  The time passed by and showed us that in spite of the loud voices calling for unity there is still none within the EU, and the beggaring-thy neighbourhood policy is the most prevailing. It is becoming more and more evident to everyone that this is the most important question of Europe today, so a constructive debate is inevitable. And yes, even the wall is a solution as the figures show us, even if it is not a possibility in a continental scale. 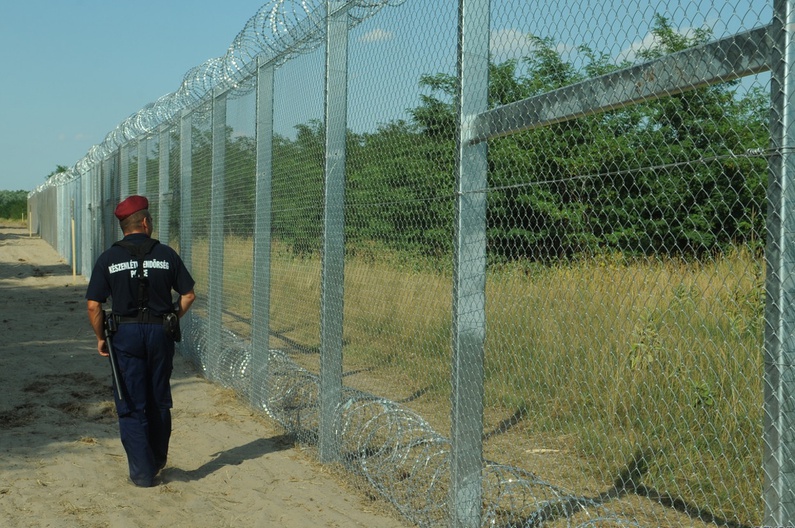 2015 have seen everything which can be seen in a terrible year. Natural disaster, war, terrorism, the death of innocents, corruption, racism. But behind these horrors, there were good bits and pieces as well. Let us look behind the headlines, read between the lines and be more cautious in the new year as we were in the last one. Happy New Year to everyone!